And How Many Will Be In Your Party? 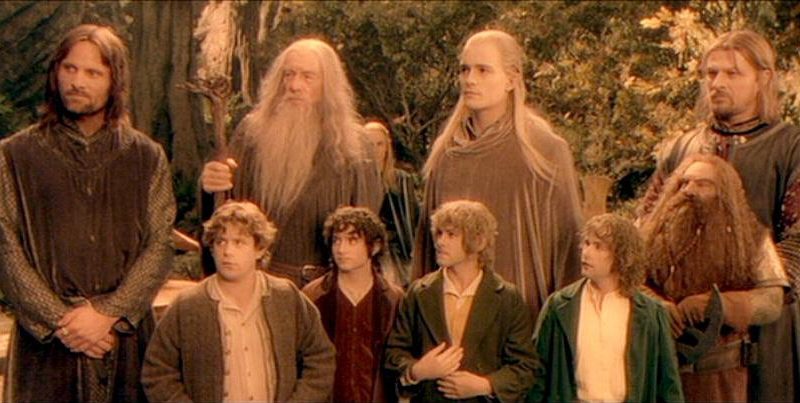 There really is no “correct” adventuring party size or number. Most people feel that a group of four to six is a comfortable amount but for others the number can range from just one player all the way up to a dozen. I recommend that inexperienced DMs try to get their feet under them with an average party of three to five. However, guys and gals who have been running sessions for years can often handle a much larger gang such as the seven or eight people I’ve been DMing regularly for the past two years.

Sometimes it all comes down to working with what you have. Maybe you only grew up with one or two other friends/siblings who enjoyed playing and thus the adventure was always for a duo. It could be that you joined an after school group and had a huge party right from day one. Perhaps you got involved by signing up for a group at your local comic or book store and had several games of various sizes going simultaneously. Regardless, it is very important for a DM to realize that party size does matter and it can affect the flow and feeling of the game immensely.

What follows below is a short and simple guide on how to approach certain group sizes and numbers. I’ve also highlighted many of the pros and cons of each. Most of the information contained therein will be second nature to an experienced DM, but DMs starting out for the first time, or still getting used to the position, may find this information quite useful.

This is as lonely as it gets and you might think that running a game for just one person would be a piece of cake, but I submit that it can be quite a challenge. In this situation, a few things normally found in a roleplaying game that would aid the DM are sorely missing. There are no other players for the PC to debate, discuss, and argue with; a lack of players sometimes means the DM has to work faster as combat and roleplaying situations are going to play out more quickly; and DMs will often supplement just one PC with a couple of NPCs to round out a makeshift party and this too involves extra time and effort. On the other hand, running a game for one can be quite a successful and memorable experience if both the player and the DM are willing to work together. Because of its faster and more streamlined nature, the lone player will be involved with everything and have practically no downtime. They will also get to experience a much more in-depth adventure as the DM can make their character the center of everything.

Many of the same principles that apply to a party of one also apply to a party of two; however, the dynamic does change enough that a DM must make a few adjustments. A duo or two-hander is usually more intense than most adventures and the PCs often take bigger risks than when they are alone or with a larger group. I’m not sure why this is true but I like to call it the Duo Principal. When there are just two players a partnership quickly forms and one member seems to feed off of the other. In a short amount of time, both become familiar with other’s strengths and weaknesses and one will often push the other to do better and take more risks. As a DM, these two-handers can be a lot of fun so long as you don’t let the players get away with everything. You might have to step in and be a referee more often but the upside is the roleplaying and the combat are usually top-shelf.

This is what I like call the average sized group and many of the pre-fab adventures, campaigns, and dungeons are designed to accommodate these numbers. This is also where the DM can often relax or catch their breath from time-to-time as the group dynamic kicks in and PCs will begin to have conversations and discussions on their own with very little prompting. As the old saying goes, two is company and three (or more) is a crowd. On the positive side of things, this number of players gives the DM lots of options for story and combat, both pre-fabricated and home brewed, without being too overwhelming or too difficult to control. On the negative side, a group this large seems to lose some of the excitement that can be found in a two-hander. Also, when compared to some of the larger groups, a group this size can lack that epic feeling.

I call a group of 6 to 8 a company and, just like any large group of people, there quickly forms a hierarchy. One or two players will become the spokesperson(s) or the voice(s) of the group; one or two will be the quiet one(s) that are more reserved and thoughtful; the rest will fall in-between somewhere and throw in their two cents when required. As a DM, running a game for a group this size takes concentration, patience, and the ability to rein in everyone when necessary. Combat situations can often be daunting, especially creating a challenge for such a large group with a wide range of powers and abilities. On the other hand, with so many voices and opinions at the table, roleplaying situations can be a lot more diversified and satisfying. When I originally began DMing a group of this size, I was concerned that the game would get away from me. However, I currently prefer to play with a larger group as it challenges me to go bigger and think/plan on a grander scale.

Party of 9 or More

In my opinion, these kinds of numbers force a DM to change his or her strategies entirely. The time required for roleplaying and combat increases significantly and DMs who are used to several of either in one sitting are going to have to settle for less. Arguments and disagreements seem to multiply amongst the players as more and more people join up. Also, the more people there are in the group the easier it is for one or two to get left behind and not receive their fair share of attention. On the plus side, if a mega group can learn to work well together and towards a common purpose, they can accomplish amazing things. A DM who can forge a group of this size into a well-oiled machine can experience the largest battles and put a group of even lower level characters to the test against some of the game’s most fearsome foes. One thing I’d like to advise however, a group this large is not for the inexperienced DM.

In the Eye of the Beholder: Skills