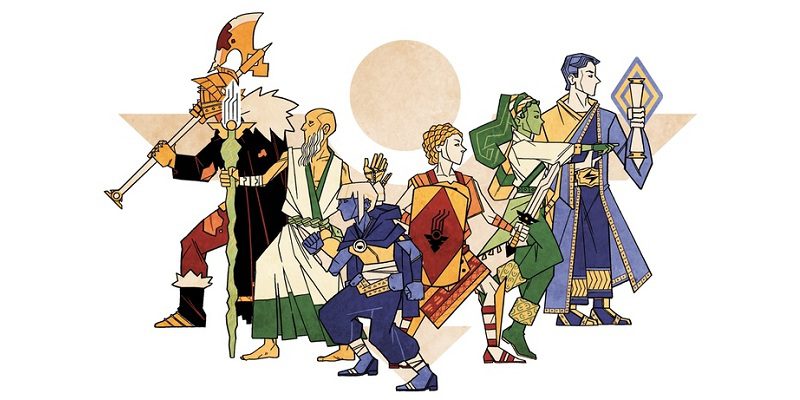 In the early editions of D&D, humans were the foundation on which other races were compared. In other words, they were bland. Humans had no advantages or penalties (with the exception of being able to rise to any level in any class). Starting with 3rd edition, humans were instead described as the most flexible and adaptable of races, granting them a choice of ability scores increases, bonus feats, and training in a choice of skills. Humans went from the least played race to one of my favorites.

Using the second option gives you quite a few choices when creating characters from specific cultures. For example, if you want your human to have come from a race born on the open plains that commonly uses mounts for transport and war, you could put your skill bonuses in Strength, Constitution, or Wisdom, select proficiency in Animal Handling or Survival, and take the Mounted Combatant feat. A human from a country bordering on demonic invasion, such as the Worldwound from Pathfinder’s Golarion, may put their bonuses in Constitution, Intelligence, or Wisdom, select proficiency in Arcana or Religion, and take the Mage Slayer, Magic Initiate, or Ritual Caster feats. However, these options aren’t limitless due to the small number of feats available in 5th edition.

Below you will find a range of human variants that hail from specific environments or countries with particular cultural or political leanings. These subraces are built using the half-elf as a guide, and the following racial traits replace those of a standard human.

This article is an updated version of the original article posted to www.gameschangelives.com, and includes additional options and alterations based on further playtesting. Enjoy!