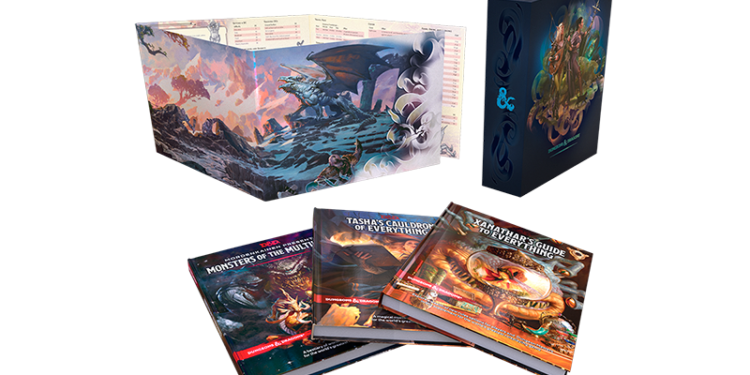 This press release (see below) just arrived in my inbox. A new book called Mordenkainen Presents: Monsters of the Multiverse, which contains more than 250 monster stat blocks and over 30 playable races from various sources including Volo’s Guide to Monsters, The Tortle Package, and Mordenkainen’s Tome of Foes is being released in January 2022. It will be part of a bundle that also includes Xanathar’s Guide to Everything and Tasha’s Cauldron of Everything. This bundle revises and gathers up the content found in bits and pieces in various non-core books, creating a secondary set of core books to sit alongside the three core D&D 5e books (Player’s Handbook, Dungeon Master’s Guide, and Monster Manual).

D&D Celebration is in the books with tons of wonderful gaming experiences shared by the entire community including games and panels galore. At the “Future of D&D” panel with D&D Studio team members, Ray Winninger, Liz Schuh, Chris Perkins and Jeremy Crawford on Sunday, Wizards revealed a new gift set is coming to town.

The D&D Rules Expansion Gift Set is a perfect addition for the Dungeon Masters and D&D players in your life (or yourself, of course) who want to level up their libraries beyond the core rulebooks. The set contains new printings of Xanathar’s Guide to Everything, Tasha’s Cauldron of Everything, and a new volume, Mordenkainen Presents: Monsters of the Multiverse, which collects and revises tons of D&D material released since the launch of fifth edition into one convenient tome. Those three books plus a Dungeon Master’s Screen are all contained in a beautiful slipcase.

“We planned to release the D&D Rules Expansion Gift Set before the holidays, but like many products in the industry, production and shipping delays forced us to move the release date,” said Liz Schuh, Director of Product Management for D&D. “But for D&D fans looking to use holiday gift funds in the new year, this is a quick way to create a library of setting-agnostic material for their D&D games. And hey, it doesn’t have to be a holiday to give this Gift Set to anyone who wants more D&D goodness beyond the core rulebooks.”

The D&D Rules Expansion Gift Set will be available on store shelves starting on January 25, 2022, with standard covers by Grzegorz Rutkowski (Monsters of the Multiverse, DM’s Screen and slipcase), Magali Villeneuve (Tasha’s), and Jason Rainville (Xanathar’s) featuring a shiny foil treatment while the new alternate covers designed by Joy Ang. Monsters of the Multiverse will be available as a standalone later in the year.

“We revised the content in Monsters of the Multiverse so that it plays even better than it did before. Many of the monsters have new abilities and new bits of lore, which will make them even more fun to include in your campaigns,” said Jeremy Crawford, Game Design Architect for Dungeons & Dragons. “We also shifted the lore focus so that this material is relevant no matter where you play in the D&D multiverse, not just in the Forgotten Realms.”

Monsters of the Multiverse contains more than 250 monster stat blocks and over 30 playable races from various sources including Volo’s Guide to Monsters, The Tortle Package, and Mordenkainen’s Tome of Foes. In the “Future of D&D” panel – VOD available here: https://youtu.be/FSafNA20fxE – Jeremy Crawford walked fans through what’s changing in the presentation of stat blocks in Monsters of the Multiverse and how that will be the new standard going forward.

More information on all the ways Monsters of the Multiverse improves gameplay will be released in the coming months. Check out the product page for more updates – https://dnd.wizards.com/products/rules-expansion-set. 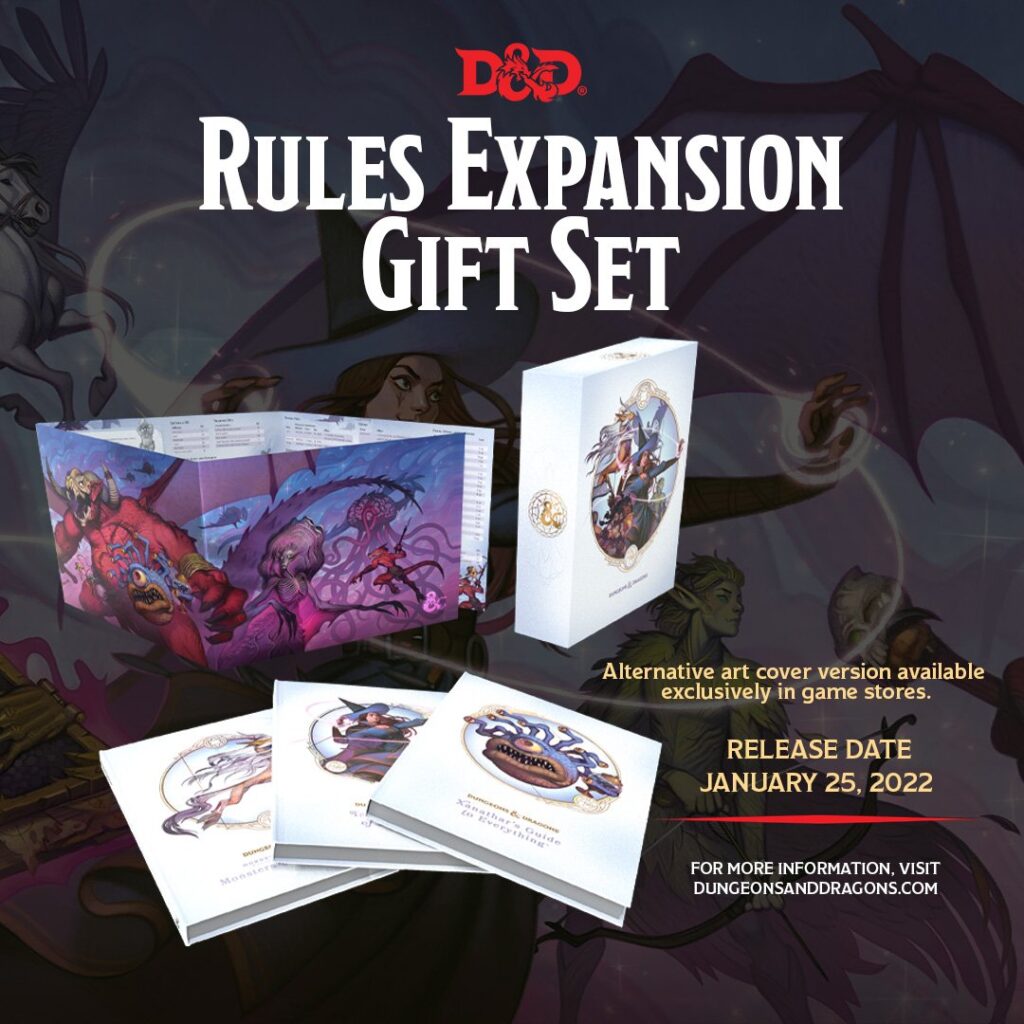 The Wild Beyond the Witchlight Out Today