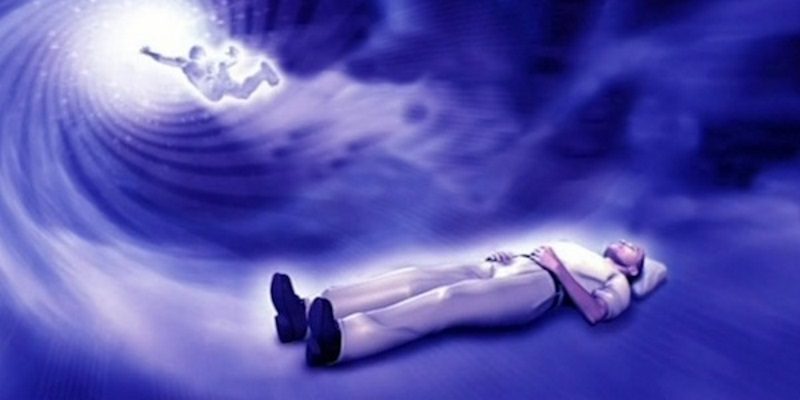 Last time in History of the Classes, we looked at the first iteration of psionics rules ever to enter D&D and the themes that the Gygax and Blume were addressing. Psionics are optional rules in Advanced Dungeons & Dragons (First Edition), as they are in every edition, but this is the only time in six editions that rules for PC psionics appear in the core books. (Notably, some creatures in the Monster Manual may be psionic even when the developers have not yet published any other psionics rules at all.) I’ll also examine the articles on psionics in Dragon #78.

In Appendix I of the Player’s Handbook, we get a rehash of the OD&D rules, somewhat clarified and expanded. In the grand tradition of great ability scores being exponentially better than good ability scores, very high (16+) ability scores grant multipliers to your psionic strength, as well as giving you a better chance to be psionic in the first place. (Don’t worry, Charisma is still the least important stat! Even here you can safely dump it with minimal sacrifice.)

Let’s be real. No one looked to the OD&D psionics rules to be carefully balanced, right? The AD&D 1e rules take the few things from OD&D that provided some balance and toss them out the window. To be fair, OD&D’s means of balance was a real downer – quasi-randomly costing the player class abilities and/or ability scores doesn’t inspire enthusiasm. On the other hand, a streak of good luck (or psionic probability manipulation) in character generation gets your 1e character kitted up with laughably egregious powers, like all of the attack and defense modes, and up to 344 psionic ability points. Maybe it’s ironic that, with the psionic attack matrices stored in the Dungeon Master’s Guide, the player has no way to know whether what they have is particularly good.

Disclaimer: I never played 1e. I assume most of you who did played without psionics rules in the game? It seems like most of the stories I hear about 1e don’t mention psionics, anyway.

Other changes of note:

One of the oddities of OD&D and 1e psionics is that it doesn’t seem to have occurred to anyone that you might punch someone with a telekinetic attack, or use telekinetic force in any other offensive capacity than lifting something into the air and dropping it. Molecular agitation is an incredibly slow way to inflict harm on anything, as it only becomes a heat metal effect after ten rounds of use. In core 1e usage, this is okay – you have your actual character class to fall back on as your primary combat function. Once we have psionicists, though, it starts to matter.

I spend a lot of time criticizing AD&D 1e rules, in part because I have no capacity to feel nostalgia for these rules. Mainly, though, Gygax was a lot of things, but a clear and concise writer wasn’t one of them. 1e’s rules express their intent more clearly than OD&D’s do, but they cast off even the barest nods to game balance or keeping the game fun for non-psionic characters in a party with a psion, as well as sacrificing the things OD&D did right with its flavor. Let’s see if the Dungeon Master’s Guide helps.

This is only the second time I’ve gone to a DMG in History of the Classes – the first was the Blackguard prestige class in 3.x. In 1e, the attack matrices (the interaction between attack and defense modes, and the effects of attacking undefended psions or non-psions) are stored in the DMG. As chart lookups go, these are pretty complicated. The salient point here is: don’t be a defenseless psion. You’re subject to all five attack modes, and psychic crush will end you.

There are also tables for psionic encounters. If your campaign has psionics and psionic encounters, I am so sorry because you are about to get screwed with your pants on. If you use psionics or spells that resemble psionics (there’s a list), there’s a 25% chance your random encounter gets kicked over to the psionic list, and this list is here to murder you in the face. I appreciate that the generally-kindly shedu has a 10% chance to appear! But there’s an 19% chance that you get some kind of demon or devil. Have fun, low-level party! (I realize that D&D is run by a human who can ignore or modify these results to be more fun, but I’m betting at least one bad DM drove new players away from D&D with this table.) It’s a good way to get PCs to only use psionics when they’re really, really serious (or don’t mind risking an archdevil), except that it only works if you establish for the PCs that this is how the world works. From what I understand, random encounter tables are about teaching the PCs to run away early and often, and that is extra true here.

That’s about it for the DMG and any serious discussion of psionics. It’s clear that it’s different from magic, but why it should be so and what that means is not clarified.

The good news is, in October of 1983, Dragon published an eight-article series on psionics, including the first psionicist class and extensive rules clarifications and critiques. The majority of the articles come from a single contributor, Arthur Collins.

Collins is off to a good start in the first article, recognizing how much the 1e PH and DMG leave to be desired when it comes to flavor and noting some of the odd points of inconsistency. It’s funny to read the first of his articles now – it’s a mirror of this article, but written some thirty-two years ago. Collins notes many of the same issues with odd inconsistencies and restrictions that I have, and much as I’m sure my faithful readers will do, the Editor points out some of Collins’ errors of fact and gaps of knowledge – gently (as you, I pray, shall also).

The part of Collins’ first article that needs special mention, though, is tackling the “levels of mastery” language, in the process of squaring all of the other ambiguous terminology and questionable design choices. Of course, asking players to track how many levels they’ve gained since acquiring a power is no longer the done thing in game design. To be fair to both Gygax and Collins, though, Raven c.s. McCracken wrote The World of Synnibarr in 1991, so game design sometimes takes one step upward… and then plummets into a reactor shaft. I digress; all in all Collins raises important points, even if he cannot offer a final answer for them.

If this were all there were, though, I wouldn’t be writing about it. It’s the psionicist class that we care about here. In a sense, the psionicist class is like a magic-user on a spell point system with only three levels of spells (minor, major, and grand disciplines), with spell effects that improve, without changing their cost, the longer the psionicist has them – Collins doubles down on his personal “level of mastery” ruling.

Design-wise, this makes no sense at all in 1e. Quite by accident, Collins created something that has more in common with 13th Age’s class ability and feat structure or D&D 5e’s At Higher Levels options for spells than with 1e’s inflexible character progressions. I’m not saying the class definitely works; the truth is that there are enough moving parts that I couldn’t really tell you. It’s a class that demands forethought in its build – it’s not like respend mechanics are a thing here – which brings in overtones of 3.x progression, though without prerequisites, other than some rather punishing ability score prerequisites. A psionicist needs her Intelligence, Wisdom, and Charisma to average out to 16 (and fractions are rounded down) in order to gain the most powerful disciplines. Let’s hope for her sake that ability-score-boosting tomes become available sometime around 12th level.

As I suggested above, psionicists are very bad at dealing hit point damage (body weaponry would be useful if psionicists could wear armor or had any significant number of hit points), but they’re completely unstoppable at controlling opponents in various ways. If you get to choose your powers, I think we all know that dominate is the Big Kahuna of psionic powers. Ahe article asserts that psionicists are not interested in fighting as a profession, unless they are of the Deryni race; given the choice, I think I’ll take the psionicist with the sense to don armor and survive conflict, since conflict is inevitable for adventurers.

Not having read the Deryni series at all, I can’t say for sure which of the new disciplines introduced here come from Katherine Kurtz and which come from Arthur Collins. Given D&D’s obvious debts to Jack Vance, I’m a little surprised D&D doesn’t explicitly lift from Kurtz for its psionics system.

You have to squint a bit to see it, but ultimately Collins presents what you could call a skill-based system for psionics, since disciplines improve and expand as you advance. It needs better handling on bookkeeping, so that you don’t have to document the number of levels you’ve had a power to know what it does, but it was 1983 – no one was tackling design on that level. The psionicist is an immensely versatile character, if hopeless when it comes to raw damage output; in an investigative campaign, the psionicist is by far and away the best class in all of 1e.

In general, the additional minor, major, and grand disciplines introduced here flesh out the list from the Player’s Handbook, but there are some flaws in individual disciplines. For example, read endowment carefully before purchase – you need to have used rapport at the 8th level of mastery, so if you learned it at 4th level or later, you run the risk of buying endowment without having a way to get any use from it. On the other (non-spoilery) hand, my wife and I have just finished watching Sense8, so I have to give rapport a nod for being the single discipline that drives the whole action of the show.

The psionic treasure (so as not to call them “magic items”) that finish out the psionicist class article are lifts from Deryni, along with core D&D magic items that have a particular impact on psionicists.

Overall, there’s very little change between OD&D and 1e when it comes to psionics. The rules are still a confusing mess, and the subtext of Dragon’s series of articles on psionics is that everyone hated the rules, but liked the idea of psionics enough to swim upstream and try to patch them, while TSR employees toed the party line and insisted that the rules-as-written were the inerrant word of God.

The interesting themes of OD&D psionics see little support here. Psionics are mental powers, and they may or may not provide monsters with an additional motive in killing you (beyond the normal reasons monsters want to kill you, such as wearing white after Labor Day). If they have any broader cosmological implications, it’s hard to find any compelling hooks for them, though there are enough psychic and interplanar travel powers that a dedicated DM could generate something. Next time, I’ll tackle 2e psionics, where much of the mechanics gets tossed out and a whole new batch of weirdness comes in.