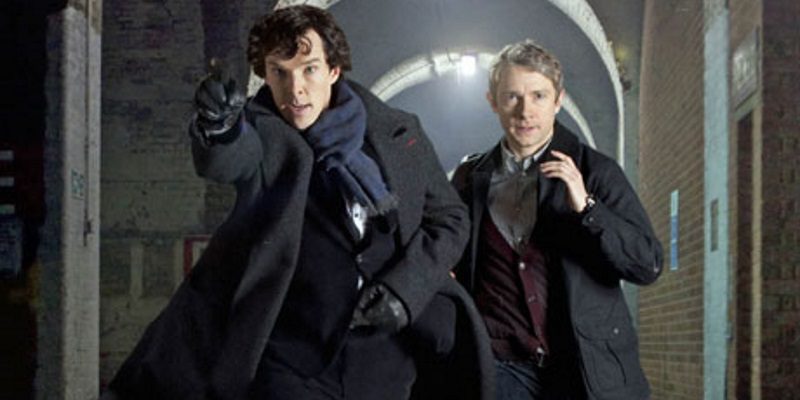 I love the Dramatic Reveal that a mystery story provides, but I can never seem to get them to play out at the table (d20 system). I present a standard series of gated challenges to gather clues. Then either players postulate something correct very early or they’re stumped. How do you best present and pace a mystery? Are there constraints the d20 system is imposing that I don’t realize?

This is a great question, and one I’ve wrestled with for months. Let me start by breaking it down a bit more, because (with all respect) I think the question describes two problems, not one. On one side, there are mysteries that the players answer too easily, and on the other there are mysteries in which the reveal falls flat because even with all of the pieces, they cannot put the answer together. The third part of the question is the strictly systemic implementation, and I’ll try to say something useful about that, too.

The Mystery is Too Easy

This is probably a sign that there were not enough competing potential right answers. I’ve been binge-watching Foyle’s War on Netflix Instant lately (like y’do), and it has given me some perspective on structuring procedurals that may be helpful. Are you presenting multiple characters who all have at least one of means or motive or opportunity to be the answer to the mystery? In a typical mystery, that’s “commit the murder,” but in fantasy adventure that might be “the secret identity of this Annatar fellow” or “what happened to the line of Isildur” any number of other things the PCs might get motivated to investigate.

The general course of Foyle’s investigations is something like:

In my view there are two lessons to take from this. First, at the beginning of the investigation, suggest two or more plausible answers to the mystery. Come up with a good reason that each one is plausible.

Expert mode: Make one of the characters someone who definitely didn’t do it, but does have means, motive, and opportunity. Disproof is a valid mystery format too!

Second, since you’ve got this stable of characters, introduce a second less-than-licit relationship that connects some of them. This should not be a red herring – in fact I recommend avoiding misinformation entirely until you and your players have worked through several mysteries together. Similarly, present the information as reliable – from a player perspective, unreliable information is not measurably better than no information, unless there’s a clear way to improve confidence in the information.

Instead, add a secondary victory condition – the players don’t just need to discover the identity of the Blood Countess, they also need to find out who is behind a series of gruesome murders among the nobility. In a TV show, you’d call this the A-plot and the B-plot. In an investigative game, the players have to shoulder the mental load of sorting new information by which mystery it applies to. It’s like working on a jigsaw puzzle with the pieces of two unrelated puzzles mixed together, without knowing what either puzzle should look like at the end.

Think of an investigation as a logic puzzle with a very small grid: the names of the suspects on the Y-axis and means, motive, and opportunity on the X-axis. The ultimate goal is to find someone for whom means, motive, and opportunity all resolve to Yes, usually by filling in a No on relevant grid-cells for each other person. Once you’ve gone through a straightforward mystery, add more complications to ascertaining the answers to each cell.

The Mystery is Too Hard

Okay, in all likelihood, it’s not that the mystery is too hard. More likely, there are just some places where the presentation of the characters and the stakes could be tightened up, possibly with the aid of player handouts to cement them in the players’ memories. Making NPCs distinct and memorable is not easy, and there’s an immense wealth of advice on this point out there in the untrammeled wilds of the internet (and the DMG). My addition to this would be, wherever possible, to connect NPCs to characters through personal relationships – I think that my uncle or my liege is an even stronger memory hook than that one-eyed merchant or the pipe-smoking madam.

The main thing to remember about difficulty, when answering questions is the challenge, is that players usually see too many answers as plausible. The biggest challenge, for them, is figuring out how to eliminate possibilities. This is very hard in a fantasy setting! Someone could always have been invisible, mind-controlled, disguised, or illusionary. Help the players by introducing constraints on what kinds of powers they need to take into consideration.

Whenever the pace of a mystery starts to lag, take a page from none other than Raymond Chandler: “When in doubt, have a man come through the door with a gun in his hand.” In game-running, this achieves a number of things.

D&D is already combat-focused enough, though, so Chandler’s advice isn’t always applicable. It’s easy for even excellent DMs to watch the pacing of a session grind to a halt as PCs struggle to come up with what to do next – after all, only a tiny percentage of players have real training as a detective or private investigator. Be clear with your players about when they have scraped everything of use from a scene. Where necessary, and especially the first time you run a group through a mystery scenario, coach them on the next question(s) they need to ask and how they might go about answering it. If you’re uncomfortable addressing them directly as the DM, create a mentor to prod them.

D&D is not designed around investigative gameplay. Investigations are related to the social and exploration pillars of gameplay, but with the added complication that, if players are rolling dice to gather clues, they might fail and hit a dead end. By comparison, a series of failures in combat might end the story with a TPK, but that’s relatively rare because there are so many chances to turn things around. I’m not sure what even constitutes a total failure in social or exploration gameplay, though I suppose offending the nobility or starving to death in the wilderness count. You don’t tend to hear of those situations as a roadblock to an adventure, much less ending a campaign.

I’ve done my own bit of tinkering on how to turn an investigative dead end into a success-with-cost. Failure does nothing interesting in the story, so I recommend putting pressure on the characters’ budget and timeline and allowing retries. Alternately, do away with stat-driven investigation entirely, or make the pass/fail skill checks of the process apply to something other than whether or not they get the clues.

If you’re familiar with Dungeon World, Discern Realities is a good model. For a pass/fail system like D&D, rather than a fail/succeed with cost/succeed system like DW, you can get away with treating “fail” rolls as “partial success, and tension increases.” In DW, the “fail” result gives the GM a chance to make a hard move – that is, for things to get worse for the heroes. D&D skill challenges have always had the problem of lacking a clear point in the procedure for the bad guys or ill fortune to “take its turn.”

A single trail of breadcrumb-clues leading from a crime to a conviction is not a systemic issue exactly, but I would recommend a less linear approach if at all possible. Some redundancy of clues is also to the good – it gives the PCs greater confidence in their information, and covers for missing a thing or two in the process of the investigation.

Mysteries are hard to run well, so cut yourself slack if it’s a bit rocky. It’s a more demanding mental exercise than a lot of gaming, both to run and to play. If things are too easy, add more density to the story – more villains, more evil deeds, more suspects. If things are too hard, reframe the questions, help the PCs itemize what they know and what they need to know, and maybe waste somebody with a crossbow. It always gets the blood pumping.