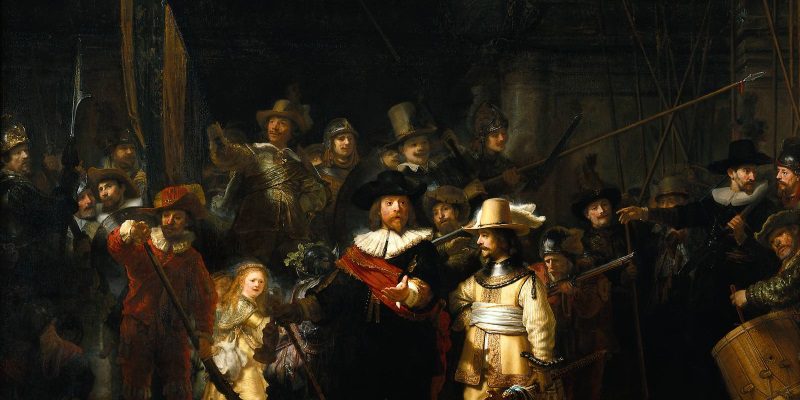 D&D 5th Edition is a ridiculously fun environment for homebrewed design. It offers an incredible sense of adaptability, with just enough structure to make it clear how things fit together. The blogsophere and various message boards have frickin’ exploded with great free content. Accordingly, the following is a roundup of subclasses, spells, magic items, and so on from my personal blog, Harbinger of Doom, as well as things from my friend Stands-in-Fire’s blog.

(Perhaps you are wondering about the image, which is Militia Company of District II under the Command of Captain Frans Banninck Cocq, by Rembrandt, otherwise known as The Night Watch. I really like it, and it portrays a group of people who are ready to do some serious adventuring.)