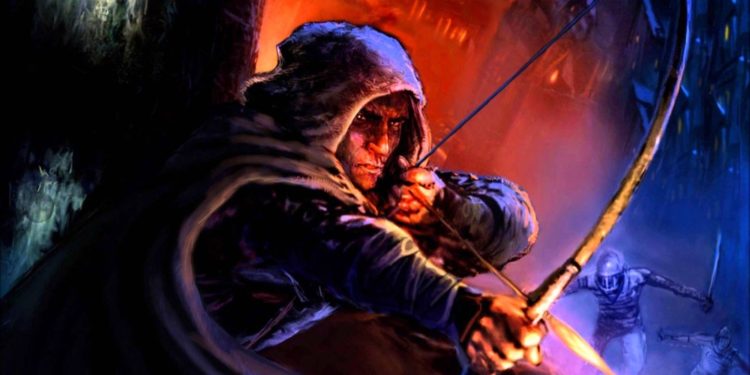 Rogues guilds can be more than a pack of thugs your heroes plough through on the way to the dungeon. They can provide social and intellectual challenges for the party to interact with.

Guilds can vary in culture, from Ninja Ryu (schools), Circus troupes, Beggars Unions and trouble-shooters for the Church of Shadow. Their leadership, expected behaviour, territory and motivations will vary greatly.

If your city is 20,000 population, then your thieves guild has 20 full time members, 20 information gathers/beggars and 10 associate members-typically wizards or assassins.

So there are no armies of thieves, and half of them are 1st level.

Their advantage is they know their city. They have multiple safe houses, multiple ways in and around the sewers to get away or get close to people and buildings.

Rogue guilds don’t have to be antagonists, they can help the players against an oppressive king taxing the people, or distract the lich king’s minions while the heroes escape the city to collect the staff of lich slaying etc.

If your thieves and burglars can serve as scouts and spies for the church or the nations rulers, making that guild’s activities well-funded, legal or both.

If your game is set in a large city, say 50,000 or more, then you could have 2-3 guilds competing. One may be agents for a rival nation, one may be out for themselves, and the third being do-gooders out to rip off the noble houses. You can really get into intrigue by having kings agents in the guilds, double agents between the guilds and shapeshifters trying to take over.

If you don’t go along with their plans, they can take whatever you left back at the inn, or inform the guards you are responsible for the murders down at the docks.

Most of the members are from poorer backgrounds so they won’t have diamond garrottes, instead they will use lots of cheap equipment such as nets, marbles, caltrops, stink powder (as stinking cloud for 3 rounds).

As you leave or as you approach the guild, several agents distract you while others try to steal your gear.

If they are well connected they may follow you for a few days, then suddenly your father’s shop is paying protection money and your sisters new boyfriend sneers at you a lot…

Rather than kill you it works better for them to use you to do their work, or act as a distraction, either way you take the risk and they lose nothing.

Lastly when they try to capture the pcs, it doesn’t have to be lethal – sleep poison in their food, nets and cudgels in their inn at night, or just lure them into an alley then they notice 4 crossbows on the roof-a request for them to come for a chat.