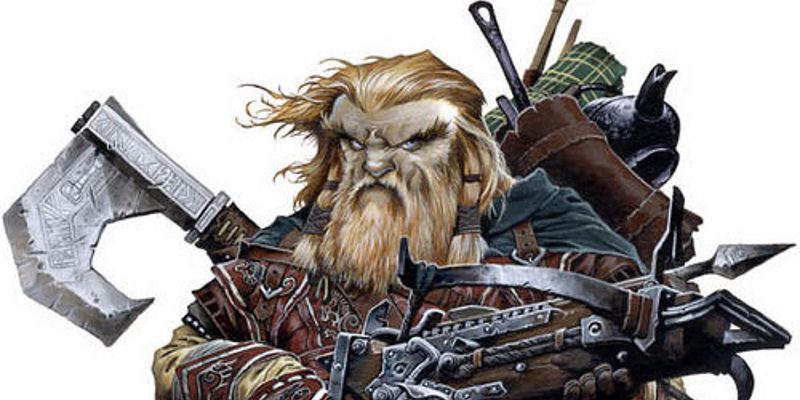 After a week off to write some creepy spells, I’m back to talking about rangers here in History of the Classes. This time around, I’m looking at the Scout class of 3.5’s Complete Adventurer and the ranger class of Pathfinder. The former is a related concept with very different mechanics and combat role, while the latter is a conscious effort to fix the problems of the 3.5 Ranger class, within the mechanically dense Pathfinder design environment.

This class threads the eye of the needle between the ranger and the rogue, borrowing heavily from each and being easily enough mistaken for a multiclassed Ranger/Rogue:

That is a lot of frickin’ class features, and bringing it all together, it’s one way to build a non-spellcasting ranger. It also sacrifices a lot of the ranger’s versatility, with less-impressive melee weapon and melee feat options, some loss of hit points, and so on, but it certainly covers the Skirmisher and Wanderer aspects that Mearls highlighted. Guardian, not so much. I think it would be hard to make two scouts all that different from one another, and I think that’s a shame.

The other thing I see here is a rework of the ranger, with the benefit of two more years of development and a greater willingness to step on other classes’ toes. On the other hand, Skirmish signals a design shift toward actively shaping play with the restrictions and requirements of an ability. Its emphasis on movement around the battlefield makes it a Missing Link between the 3.x Ranger and the 4e Ranger (and, arguably, the 4e Warlock’s Shadow Walk). I’m sorry to say it, but that’s the only new or important idea here.

I mentioned the scout being a re-imagining of the ranger with the benefit of two more years of development. Pathfinder’s ranger is even more so, if still shackled to some of the thematic points and key class features of the original, and greatly bolstered by two little system changes called Perception and Stealth. That is to say, rangers take back two skill points per level that they no longer need to spend to be on par. In essence, it’s like giving them two new skills.

Before getting into special class features, there’s only one other change to the ranger: the spell progression is faintly more generous starting at 9th level. This isn’t a big deal; rather, it’s interesting how little of the most basic elements of the class Pathfinder changes. Likewise, the text for Favored Enemy is a copy-paste, if you allow for the aforementioned Perception and Stealth change.

Track is not a feat in Pathfinder, but a core Survival function, and rangers receive a sizable bonus to that one function. It’s still a table lookup of multiple modifiers, but that aspect of 3.x is not something Pathfinder was ever going to abandon.

The Pathfinder ranger has a lot more class features. That’s about all I can say for it; this class exemplifies the fundamental problems that I have with Pathfinder. Sorry, Pathfinder fans. It corrects for some of 3.x’s superficial problems, but doubles down on the ranger’s vulnerability to un-favored enemies and terrain. When everything is going the ranger’s way, they’re devastating. No other class is as dependent on going on the kinds of adventures they’re built to handle, or makes lasting choices with as little basis.

By doubling down on the favored enemy function, Pathfinder and 3.x emphasize rangers as a walking hate crime. I didn’t grasp, before I sat down to write this, just how tedious the favored enemy choices are, and how poorly they drive interesting gameplay decisions or reflect class theme. In OD&D and 1e, where they reflect the border warden theme, I can give Favored Enemy rules a pass even as I think they could be done better, but 2e broke that model, and no later edition has repaired it. Really fix it, or really deep-six it, but keeping it for legacy reasons is just bad.

Mearls has suggested that 3.x was an era in which ranger design floundered, as everyone else started borrowing the ranger’s tricks and no one came up with something new and distinctive to replace it. The scout has almost nothing outside of its core gameplay loop of mobile archery. It’s a fighting style, not a class with something to offer in varied situations. The Pathfinder ranger has Skirmisher and Wanderer more or less covered, but Guardian doesn’t see a lot of support in its mechanics. It’s interesting, at least, how much of the PF ranger’s function is outside of combat, or specifically for avoiding combat. Neither of them offer a vision of the ranger to clarify the murky question, “What is a ranger?”

Next up in History of the Classes, we move into 4e and Essentials, and later on down the line, I want to touch on the rangers of 13th Age and Dungeon World… oddly similar as they are.

The Host – Infested Creatures for 5th ...