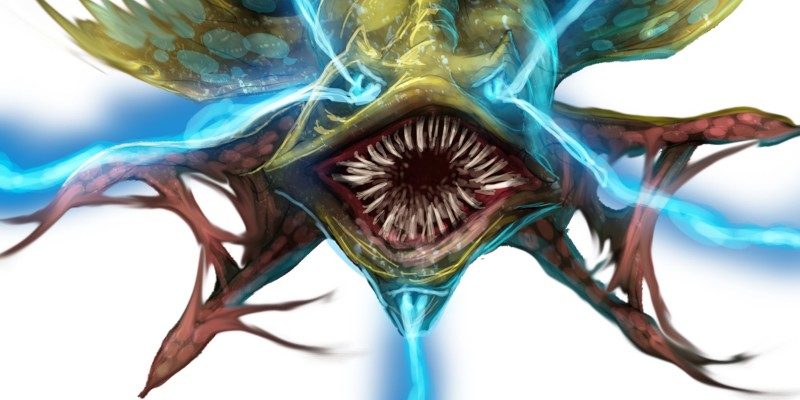 I love the aboleth. As a villain for aquatic campaigns there are few better, but when building up to an epic invasion or major climax there are few creatures easily accessible to the DM. Below is the protoaboleth, a Challenge Rating 3 creature rumored to be the ancestral line of the modern-day aboleth. Whether you use these creatures as low-level minions of an aboleth nation, ancestors in a time-travel campaign, or even potential allies, the protoaboleth can foreshadow the horrors to come as your PCs gain levels.

The protoaboleth was converted with permission from the brilliant Horrors of the Aboleth from Rogue Genius Games and the inspired (and twisted) mind of designer, Sam Hing. You can find two other creatures from Horrors in 25 Aquatic Enemies for 11th-15th Level here on Tribality. Huge thanks to the wonderful Owen and LJ Stephens for permission to convert and share this material.

Amphibious. The protoaboleth can breathe air and water.

Mucous Cloud. While underwater, the protoaboleth is surrounded by transformative mucus. The mucous cloud causes the area in a 5 ft. radius of the protoaboleth to be lightly obscured. A creature that touches the aboleth or that hits it with a melee attack while within 5 feet of it must make a DC 13 Constitution saving throw. On a failure, the creature is diseased for 1d4 hours. The diseased creature can breathe only underwater.

Tentacle. Melee Weapon Attack: +4 to hit, reach 5ft., one target. Hit: 5 (1d4 + 2) bludgeoning damage. If the target is a creature, it must succeed on a DC 13 Constitution saving throw or become diseased. The disease has no effect for 1 minute and can be removed by any magic that cures disease. After 1 minute, the diseased creature’s skin becomes translucent and slimy, the creature can’t regain hit points unless it is underwater, and the disease can be removed only by heal or another disease-curing spell of 6th level or higher. When the creature is outside a body of water, it takes 6 (1d12) acid damage at the end of every 10 minutes unless moisture is applied to the skin before 10 minutes have passed.

Bite. Melee Weapon Attack: +4 to hit, reach 5ft., one target. Hit: 6 (1d6 + 2) piercing damage. If hit, the protoaboleth may automatically attempt to grapple the target. Once grappled, the protoaboleth gains advantage on any checks to maintain the grapple. In addition, the target automatically takes 1d6 necrotic damage due to blood drain. This damage reduces the target’s hit point maximum until it takes a long rest. The target creature makes all ability checks at disadvantage as long as its hit point maximum is half or less.

Domination (1/Day). The protoaboleth targets one creature it can see within 30 feet of it. The target must succeed on a DC 13 Wisdom saving throw or be magically charmed by the aboleth until the protoaboleth dies or until it is on a different plane of existence from the target. The charmed target is under the protoaboleth’s control and can’t take reactions, and the protoaboleth and the target can communicate telepathically with each other over any distance.

The target may repeat the saving throw at the end of any round in which it takes damage. On a success, the effect ends. The effect automatically ends anytime the target is at least 1 mile away from the aboleth. A protoaboleth may not have more than 3 creatures dominated at any one time. 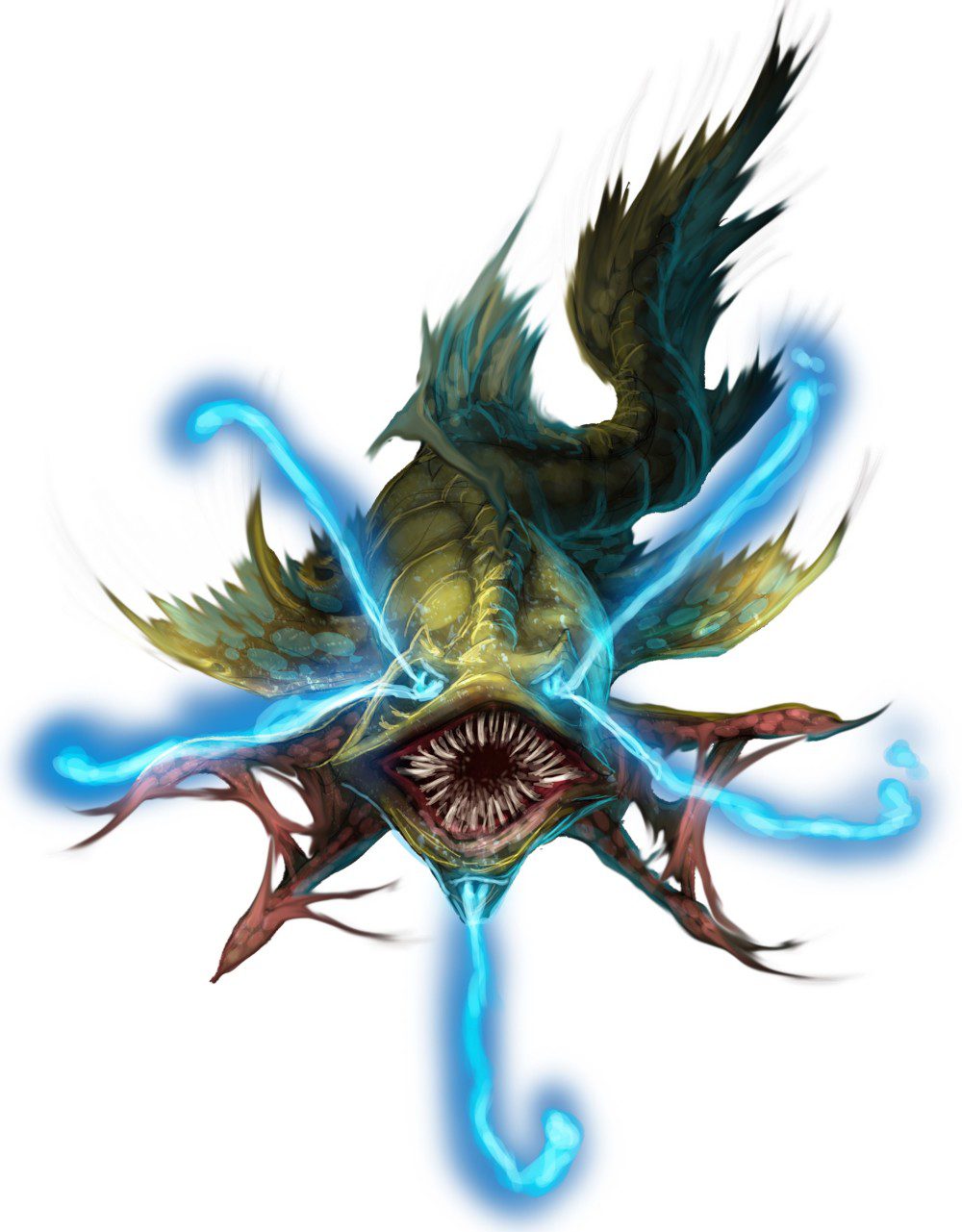