Three New Diseases of the Deeps 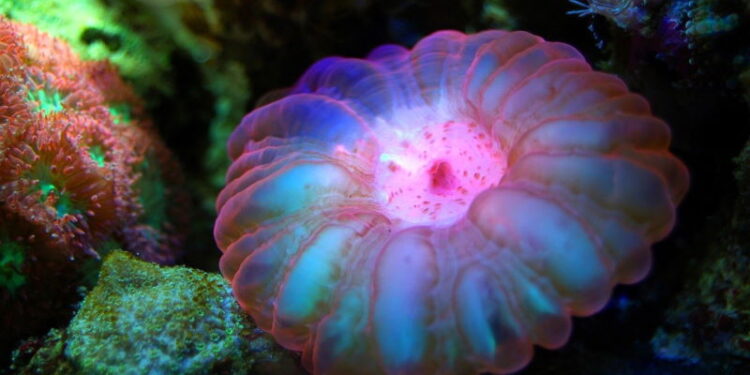 More like diSEAses, amirite? This is a collection of new diseases for Under the Seas of Vodari’s GMing section. Diseases are tough to use well in D&D, unless you’re comfortable with a clause like “lesser restoration has no effect unless cast with a spell slot of level [something well above 2].” I don’t know where this is going yet because it’s still the first paragraph, but a communicable curse may also be on the table.

This disease affects creatures with the natural ability to breathe water. It is a fungal infection on gills and gill-like structures, passed through stagnant water where fungus thrives. Victims of gillscour receive reduced oxygen from each breath.

Symptoms manifest 3d10 minutes after infection and include labored breathing and intense pain. When the infected creature uses the Dash action or any breath weapon, they must roll a DC 12 Constitution saving throw. On a failure, they take one level of exhaustion.

The polluted and heated waters near Xoleni and other busy ports cause disease to spread among the undersea flora and fauna. This sickness is named for that cloudy pollution. A creature that eats food taken from that region or spends more than 24 hours within that region must make a DC 10 Constitution saving throw, or DC 15 in late spring, summer, or early fall. On a failure, the creature begins vomiting and can’t keep food down for 48 hours. During this time, the creature regains only half of their maximum hit points when they finish a long rest, and they don’t remove levels of exhaustion when they finish a long rest.

At the end of 48 hours, the disease runs its course, but it can recur immediately (requiring a new saving throw) if the creature is still in polluted waters or eating unclean food from a polluted area.

A creature who is in extended contact with an infected creature must make a DC 13 Constitution saving throw. On a failure, that creature becomes infected as well.

This is both a disease and a magical curse, sometimes brought back to the Sunlit Seas by those who venture into the deepest parts of the ocean. It is very rare and poorly understood among most of the aquatic peoples, and entirely unknown to surface dwellers. A creature that comes in contact with a creature or object of the Abyssal depths must roll a DC 15 Constitution saving throw and a DC 15 Charisma saving throw. Failing either of these saving throws results in infection; failing both of the saving throws also gives you one level of exhaustion. A creature with scaly skin has disadvantage on the Constitution saving throw. A creature that is immune to disease, curses, or magic is immune to charscale.

An infected creature’s skin or scales begin to blacken and crack, as if charred by an unseen heat. While infected, a creature has disadvantage on all saving throws while wearing armor, as skin contact with the armor is so painful. While the infected creature’s current hit points are less than half its maximum hit points, it also takes 1d6 fire damage at the start of each of its turns, as the infection spreads over their body.

A creature that uses magic to treat charscale must roll a DC 15 Constitution saving throw and a DC 15 Charisma saving throw. On a failure, the spellcaster also becomes infected with charscale. Casting remove curse on the infected creature within 5 minutes of casting a spell to remove the disease grants advantage on these saving throws.

Gillscour was substantially changed from its first implementation, which included a step where it infected the lungs and became more difficult to remove. I read it again 24 hours after writing it and decided it was way too much like coronavirus in function, if not in specific vector or transmissibility.

Fogwater sickness sprang out of me thinking about raw oysters, which I used to love, but it’s gotten harder to be sure they’re safe to eat, in part because of rising sea temperatures. (Any of this could be mistaken – the idea of fogwater sickness still makes sense even if I got every word of that wrong.) It’s obviously much less bad for you than Vibrio or hepatitis A, and I am extremely comfortable with that.

Charscale’s whole concept is “burning wounds would freak undersea people out real bad.” It’s an obviously magical curse + disease, and that curse is part of its transmissibility – you’re in real danger of passing this around the party repeatedly, thanks to failed saves. It’s probably good for at least one disease to be genuinely scary to non-immune characters.