The Rogue Class, Part One 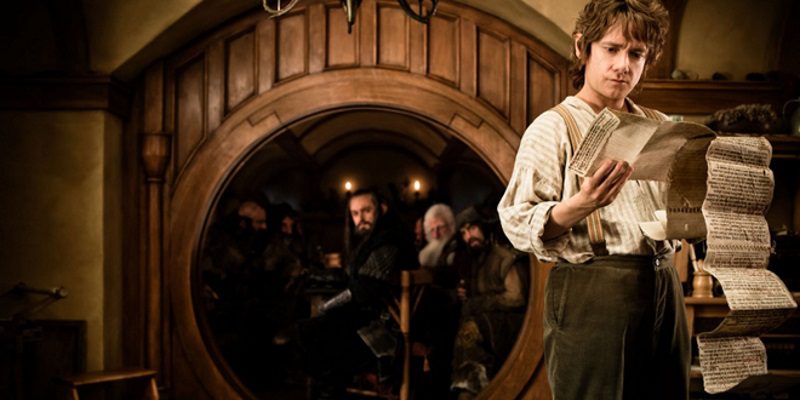 Now that the History of the Ranger is, er, in the past, I’m moving on to the Rogue. Sorry, I meant the Thief… and the Assassin… and the Thief-Acrobat… oh no, I’ve gone cross-eyed. The rogue’s history is as slippery as the archetype itself. It’s one of the Core Four classes, which doesn’t mean it existed in D&D’s earliest incarnation. All of the Core Four classes except for the cleric have had name-changes here and there, but changing from “thief” to “rogue” is an actual thematic shift that partly comes along in 2e, and actually sticks in 3.0.

The first official Thief class is in Supplement I: Greyhawk, which also brought us the Paladin. (Ironically, that one supplement introduces two classes that are strictly forbidden from working together, by its own alignment rules.) Before this point, there are only Fighting-Men, Clerics, Magic-Users, and possibly Rangers (if you’re up-to-date on your Strategic Review issues!). One doesn’t have to try too hard to find OD&D fans who proclaim that the introduction of the Thief was the doom of smart gameplay, because the Thief allows a die roll to bypass traps and locks, instead of player narration and DM fiat.

A Sidebar on the Development of DMing

For most of my gaming career, I would have sided with the Thief class without question, because player narration and DM fiat fall apart whenever there’s anything less than an incredibly high level of trust for the DM. The general trend of D&D’s design up through the end of 4e is to erase dependence on player-DM trust as much as possible, not to create antagonism, but to insulate both sides from it when it appears. The most cursory glance at message boards and social media conversations suggests that this isn’t a solved issue even now, but as part of its return to its roots, 5e embraces… not DM control, exactly, but D&D-as-collaborative-narrative, in which the DM has a lot of power and the text talks about how to use it constructively. At the same time – causal link unclear – I’ve found that my players are engaged with the narrative rather than the rules, more so than ever before, so I could probably have a great scene of narrated, fiat-driven trap disarming. On the other hand, WotC still can’t design a game assuming all players and DMs have such a high degree of comfort with one another – they have to make the game work for new acquaintances as well as old friends.

Okay, back to the point… the Thief class of OD&D is incredibly fragile, with d4 Hit Dice. Supplement I is also the introduction of Fighting-Men having d8 HD and Magic-Users having d4 Hit Dice. In fact, thieves are more fragile than magic-users, late in their progression. Magic-users eventually gain 11 hit dice, and one additional hit point thereafter, while thieves gain their tenth Hit Die rather earlier, but stop there and gain only half a hit point each level thereafter. The progression mechanics of the earliest D&D iterations are really weird, is what I’m saying.

It’s strange to consider now, because most gaming groups have accepted a very different gameplay dynamic, but the design thought here seems to be that thieves exist to circumvent content rather than engage with it. They’re pretty hopeless in combat, because if they’re in combat, they’ve already failed. This would be okay, except that it pushes the thief to a style of gameplay that gives other party members nothing to do. The agile, dangerous rogue is implied in the Thief’s Backstab ability, but still quite some time off. Supplement I also grants Dexterity bonuses to AC for the first time… and grants them only to Fighting-Men, not to Thieves. The class that literally specializes in Dexterity can gain no benefit from it, as it also does not modify their thief skills in any way yet.

Dwarves, elves, half-elves, or hobbits can all be thieves, and advance without limit. Supplement I contains an early negation of race-as-class, and spells out demihuman level limits. For whatever reason, even pointy-eared jerks and stunties have no trouble focusing their attention on criminal behaviors, even when they can no longer advance in magic or fighting ability. Demihuman multiclassing is explained in a dense, incomprehensible way, but it carries forward with only modest changes through 2e.

Racial adjustments to thief ability percentages also shows up here; unsurprisingly, hobbits are much better thieves than anyone else, though dwarves are better at Remove Traps and elves are better at Hide in Shadows.

This version also introduces the very rapid Thief XP table, which is in a sense their primary balancing feature. I discussed this in some depth in my original series on the Bard, but it amounts to the rogue usually being a few levels higher than anyone else in the party, and winding up on about the same power level as a result. It’s weird, it makes no rational sense as an approach, but it survived almost unchanged through 2e because it delivers a high-functioning result.

As everyone and their grandmother has noted, the point of this class and all of the thief classes that follow is to model the Gray Mouser, as well as various Shire-folk. It’s interesting, then, that this thief is such a nearly useless melee combatant (Supplement I also bulks the Fighting-Man up greatly, by contrast), unless the thief gets the drop on a target, while the Gray Mouser is described as one of the best swordsmen in the world… but that’s more quibbling than this merits.

So, funny story, there are a LOT of micro-editions inside what we conveniently call OD&D. I am writing about the ones I can acquire without spending money or breaking really important laws, like space-time. What I do have access to is the Rules Cyclopedia, which is pretty much a 90’s-era retroclone of OD&D.

The changes between this version and the original are all pretty fine points.

The name-level mechanics are a big change, but then deeper name-level mechanics are the hallmark of the Rules Cyclopedia – it proposes a game in which characters largely go their own way at 9th level, and only incidentally come back together for adventures, as they now have followers sufficient to carry off substantial adventures without any other players at the table. From reading Gygax’s accounts of how he ran the game in the early days, this is reasonably on target. I wonder how many people play(ed) that way using the Rules Cyclopedia, given the changes in how gamers approached D&D by the time it came out? If you have war stories from playing Rules Cyclopedia D&D to 9th level and above, I’d love to hear them!

Because of all the texts I don’t have, this is it for the OD&D thief. It’s a fragile class with occasional moments of murderation, which thrives on avoiding the content that other classes are designed to find enjoyable and often confront head-on. Supplement I is also the first skill system of D&D, with all of those thief skills. By defining them as belonging to the thief, the possibility of doing those things (at any success chance) is implicitly taken away from everyone else – or, as my father so often quotes, expressio unius est exclusio alterius. It’s a legal principle. Anyway.

In a lot of ways, the Thief is the class that treats the dungeon as its home, the one that is uniquely adapted to survive and thrive there. Fighting-Men, Clerics, and Magic-Users are intruders in Gygax’s semi-naturalistic, semi-mythic underworld. From my forty-one-year remove, I wish that Gygax had intensified that theme, let the mechanics marinate in it, or drawn the other classes into it as well, as they gain levels. Dungeon Robber, found in the sidebar of Blog of Holding, is my main source for trying to span that time and distance, and if you haven’t checked it out, you really should.

Next time, I’ll tackle 1e, where we have not only the thief, but also the assassin and the thief-acrobat. Oh, what a lovely day. If you can contribute to my summary of the development of the Thief within OD&D, I invite you to do so.