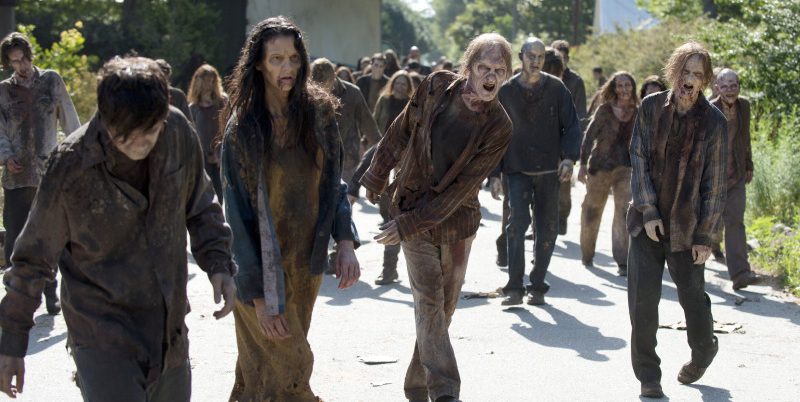 One of my guilty pleasures is a love for the end of the world movies/television shows. I’m not sure why these have always fascinated me but I suppose they are a grim reminder that this world we’ve built is always just a few events away from total chaos.

This genre must also hit a chord with thousands of others, as more and more of these types of shows are being produced. I grew up with shows like Night of the Living Dead (1990), Stephen King’s The Stand (1994), Independence Day (1996), and Deep Impact (1998). Looking ahead to today, we have The Walking Dead (2010-Present), World War Z (2013), Dawn of the Planet of the Apes (2014), Mad Max (2015), and so on. And while many of these shows may have different plot vehicles and motivations, at the core of all of them is the same simple message: don’t take what you already have for granted because someday you might not have it. And that is a moral I can firmly get behind.

Now, from a roleplaying point of view, creating post-apocalyptic worlds is done all the time. These are often the perfect excuse why things have gone to hell and the players must now survive in the world that is left behind. But one thing I’ve noticed is how few games actually put the players right in the middle of the apocalypse itself. Maybe it’s too depressing or maybe the idea that the players have no hope of stopping something this big is contrary to the hero mentality that roleplaying projects. Also, I can foresee how running an apocalyptic campaign might disturb some players who always think that good will eventually win the day.

However, running campaigns with less than heroic endings and ambiguous moral platitudes happens to be my bread and butter. I often feel that the classic “we beat the baddie and saved the world” storyline to be not only cliché but ultimately hollow. I still do it from time-to-time, but I’d much rather have an ending that makes the players think about the grander issue or story and an apocalyptic campaign is just the ticket. So, with that being said, here are my five ways to destroy your roleplaying world and why I think each one has its own merits and potential for a great campaign. (In no particular order)

Even in D&D terms, one zombie is not that intimidating, but hundreds or even thousands of the buggers can be terrifying. As a player, it can quickly become a dire situation when you and your party are chopping down dozens of foes and the hoard keeps coming at you. Dragons and Beholders really don’t hold a candle to an endless mass of undead flesh and that’s why this type of campaign has a lot more to do with survival than it does with heroics. You need only take a look at The Walking Dead or World War Z  to see what I mean. I think it would be amazingly fun to have a group of players fleeing from place to place and just staying one step, or maybe even a half-step, ahead of a biting, clawing, horrible death. On the other hand, if you did want to work in some kind of heroic quest, all of this zombie chaos could be attributed to some supremely sinister group of wizards or cult that the players must locate and take out before the whole world falls. Either scenario sounds like a lot of fun.

Did you know scientists estimate that the earth has experienced as many as five extinction level direct asteroid strikes during its lifetime? The dinosaurs being just one of them. Now granted, these strikes have occurred over a time period of hundreds of millions of years, but five times is not coincidence and it suggests that number 6 is only a matter of time. That being said, a direct strike by an asteroid in your roleplaying world might be just the horrifying event you are looking for to get your campaign moving. Aside from the initial impact that would create a blast area larger than several nuclear bombs, the world would suffer from tsunamis, mass flooding, volcanic activity, earthquakes; and most devastating of all: dust and ash clouds that would block out all of the sun’s rays and kill off 95% of all plant life within just a few months. Put your players in the middle of all that and you might just have some roleplaying gold. Then again, they might just hate you forever.

Perhaps the most popular of all of the apocalypse events, popular fiction has been talking about little green men coming to take us down since The War of the Worlds (1898). But the idea of aliens and visitors from other worlds is almost as old as humanity itself. Therefore it is not surprising that we would expect the worse in most cases and believe that many of these imagined beings might be out to stab us in the back and take over our planet, or at the very least enslave us all to do their bidding. Well if it’s not broke, why fix it? Sending down strange creatures from flying saucers might be just the catalyst your looking for to motivate your PCs. It might also provide an excellent vehicle to combine or blend together the themes of fantasy and science fiction into one juggernaut of roleplaying excellence. Using something like an Independence Day or the television “V” for inspiration opens up mountains of possibilities.

Human history is full of nasty viruses and diseases that have killed people by the millions. I think about the Back Death in Europe which killed an estimated 100 million people in just seven years from 1346 to 1353; The Great Russian Cholera Epidemic that killed over a million people from 1852-1860; the mass deaths of the indigenous peoples of the Americas due to smallpox and other diseases brought over by the Europeans which killed an estimated 8 to 11 million from the 1490s to the late 1700s; and finally, a bit closer to our time, the HIV/AIDS pandemic which has killed an estimated 35 million people worldwide since the 1960s. Introducing something this vile into one of your roleplaying campaigns makes for a great/terrible backdrop for your story and will give your players a lot of motivation to do whatever they must to find a cure or turn the tide. The opportunity here to be heroes is wonderful.

Rather it be the world slowly tearing itself apart like in the film 2012, or massive flooding like in Waterworld, or life choking drought as in Mad Max; heroes facing a dying world have more than a fair share of precedents. Perhaps the goal here is to save as many people as possible and try to find a safe haven, or perhaps the heroes are just trying to stop a bad situation from getting much worse. Maybe there is a magical cause to the problem that can be stopped, or maybe the answer is to leave the planet altogether if only the means can be found. However you play this scenario, I can see dozens of great ways to keep your players engaged and keep the desperation going.

Have you ever put your players is an apocalyptic world? Please comment below!