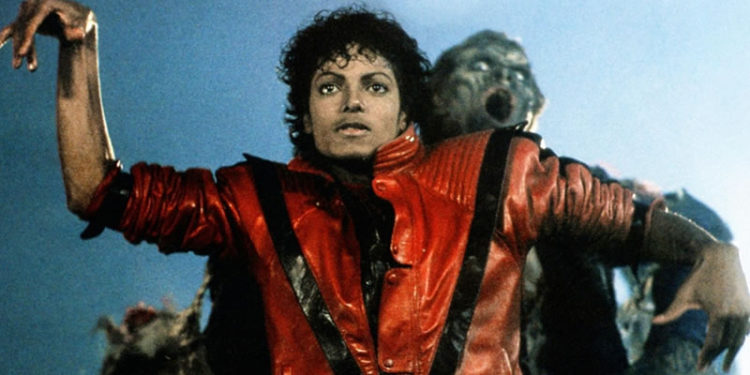 Lyrics can inspire you in creating an adventure, and in some cases the lyrics can be used directly in the adventure. Below are three examples to show you how you can draw upon lyrics from songs.

‘Darkness falls across the land, The midnight hour is close at hand.
Creatures crawl in search of blood, To terrorize your neighbourhood.
And who shall ever shall be found, Without the soul for getting down.
Must stand and face the hounds of hell, And rot inside a corpse’s shell’.
‘The foulest stench is in the air, The funk of forty thousand years
And grizzly ghouls from every tomb, Are closing in to seal your doom.
And though you fight to stay alive, Your body starts to shiver
For no mere mortal can resist, The evil of the thriller’.

You could use the words as part of a prophesy, that heroes find 2-3 lines each on tablets in scattered ruins. And like most prophesies there are several interpretations of what the words actually mean, especially if its written in an ancient language and then you can get translation errors.

Remember a Ghoul is a creature that feasts on flesh, which could make a ‘ghoul’ half the creatures in the monster manual/bestiary.

‘Never mind, I’ll find someone like you
I wish nothing but the best for you too
Don’t forget me, I beg
I’ll remember you said,
Sometimes it lasts in love but sometimes it hurts instead’.

The words could be used by the Ghosts or Dopplegangers, or by a Bard in the tavern nearby when the creature is talking to the pc.

Example 3 – Welcome to the Jungle (Guns’n’Roses)

‘Welcome to the jungle we got fun and games
We got everything you want, honey we know the names
We are the people that can find, whatever you may need
If you got the money honey we got your disease’.

So you can get a variety of ideas from a wide range of songs. Checkout your favourite albums and let the thoughts flow.