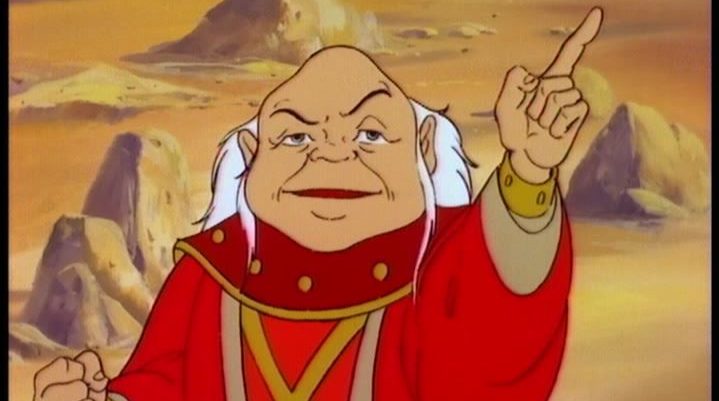 Since the release of 5th Edition, I’ve run into many DMs trying their hand at D&D for the very first time. Some of these folks are coming to the table with previous experience in Pathfinder, Star Wars, Gurps, etc., but others are as green as it gets. With that in mind, I’d like to welcome the new DMs to the wonderful world created and maintained by Gygax, Greenwood, Salvatore, Elmore, Hickman, Weis, Easley, Perkins, and many, many more. I’d also like to impart some of my hard earned knowledge from 20 years as both a player and a DM with five essential do’s and don’ts that can easily make or break an adventure. Keep in mind that a lot of my advice is geared toward DMs running their own original homebrew material and not all of it may apply to pre-generated adventures.

Don’t Kill the Story Over the Rules

Eventually, every DM reaches a point where they have to choose between the story and the rules. For example, the story would suggest that the players need to win a battle in order to move on to the next plot point. However, the rules (such as hit points, AC, and spells) are telling you that the players are about to lose this fight and be wiped out. In my opinion, the story should almost always win out.

Do Bend the Rules in Favor of the Story

Using the example above, the DM needs to step in and make a few minor adjustments to the battle. Drop the foes’ hit points, ease up on the spell casting, or maybe add in some extra help in the form of an NPC. There’s no reason why you can’t make the game challenging and still keep everyone alive. I find that many DMs, both new and experienced, seem to think that character death equals a truly challenging adventure. While there is no doubt that a character death can really sober your players up to the fact that your adventure is going to be difficult, it is by no means the only way, or even the best way, to do so.

One of the fastest ways a DM can lose the respect and attention of his or her players is to place one or two characters above the others. This can include, but is not limited to, such things as: handing out treasure, spending extra roleplaying time, offering extra rolls of dice or re-rolls, and planning adventures/dungeons so that particular characters will fare better than others.

Do Keep Things Fair and Random

First of all, there will be moments in both roleplaying and combat situations where certain characters and players will shine more than others. That’s perfectly fine and expected. What you want to avoid is one or two characters getting the “royal” treatment over long periods of time. It’s a huge let-down for the ones who don’t get anything and it compromises your integrity as a DM. Secondly, players and DMs roll dice for a reason. They are intended to be random and unpredictable. This randomness is one of the great differences between a tabletop game and a console or computer game and part of what makes D&D fun. Ignoring, changing, or altering rolls on a consistent basis renders this whole random dynamic useless and thus cheapens the game. Have a little faith that rolls will balance themselves out.

Don’t Delve Too Deeply Into Just Roleplaying or Combat

As I have mentioned many times in the past, D&D can be broken down into two major components: roleplaying and combat. Roleplaying is where your PCs interact with each other, NPCs, and monsters on a conversational/social level. Combat is where the PCs interact with each other, NPCs, and monsters in a round/turn based system designed to simulate battle. As a DM, you must be aware that you are going to run into players who greatly prefer one component over another and other players who enjoy both equally. Be aware that if you delve too deeply into one side, you may alienate some of your players.

Do Keep Roleplaying and Combat Balanced

My goal, as a DM, is try to hit that magical 50/50 split. However, I am often happy if I achieve a 60/40 (usually in favor of combat). This means that in a four hour session I would ideally spend two hours in roleplaying and two hours in combat. Now this may not always be possible every session, especially if your party is in a dungeon. However, realize that if you spend an entire session running from room to room killing undead, you may want to have an all roleplaying session the next week to balance it out and vice-versa. Different players like different things so try to keep it varied and try not to fall into patterns.

Players appreciate good humor in a campaign, particularly after a series of dramatic scenes or a long and stressful battle. Similarly, they also appreciate getting down to serious business after the humor and laughs have died out. Too much of either can kill the campaign. I have met a few DMs in my day that embraced both sides of the coin too much and ended up with similar results. An excessive amount of comedy in a campaign makes the players think that they don’t need to take the adventure seriously. They feel as though they can float around in your world with only “cartoon consequences” and this makes them ultimately uninterested. On the other hand, a campaign that is too serious or too intense can actually stress your players and they will eventually reach a point where they will lash out. This can lead to players getting frustrated, cranky, and perhaps even quitting.

Do Add a Little of Both to Every Campaign

As a DM or group, there is nothing wrong with making a conscious decision to have a “serious” campaign or a “funny” campaign. However, it is important to note that even the most serious movies, television series, books, plays, and other forms of storytelling have elements of humor, and vice versa. Don’t get so hung up on the idea that “I have to make this funny” or “I have to make this intense” that you lose sight of telling a good story.

Don’t Give In Every Time

One of the biggest mistakes that a DM can make is to give in to the wills and wishes of his/her players on a regular basis. You can listen to what they have to say, consider their opinions, but in the end the final say is yours. Don’t give a player the +2 Bow just because they ask for it every session. Don’t let a whiny player have his/her way by giving them something shiny. Don’t let players bully you into making the story about them or what they want to do. Being a DM is a lot like being a parent in this regard. The more you bend the more spoilt your players become.

Do Be Tough But Fair

In case you haven’t caught on yet, the overall theme of this article is balance and this topic is no different. DMs need to be both tough and fair. Being empathetic, understanding, and compromising are all excellent qualities for a DM to have but they also need to be tempered by a sense of fairness, effectiveness, and making the players earn their gains. Believe me, a player that had to go through hell (sometimes literally) to get that +5 sword is going to appreciate it a whole lot more than picking it up off the side of the road. And, as an added bonus, you might find that the players respect you more as the DM for the trouble.

Do you have any additional advice for new DMs? Please comment below!