Man in the High Castle and Alternate Histories 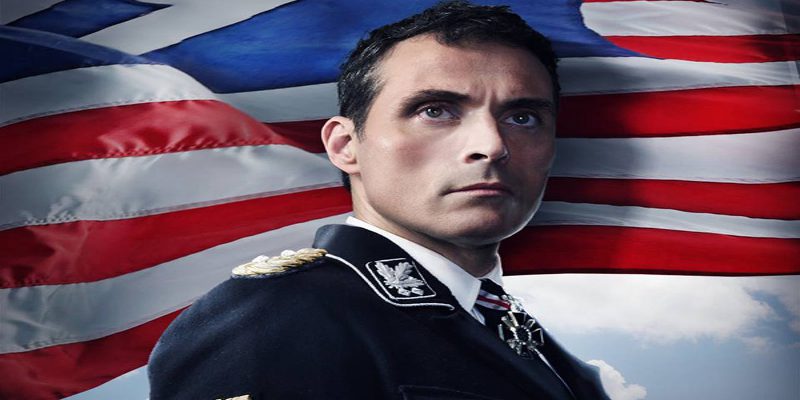 This week on Performance Check I’m looking at alternate histories. Poor Philip K. Dick. He’s had thirteen of his works adapted, many with multiple versions, and the resulting adaptations are largely crap. Sure, Blade Runner is great, Linklater’s adaptation of A Scanner Darkly is definitely worth seeing, Total Recall (1990), while not faithful, is one of Verhoeven’s finest works, and Spielberg’s Minority Report is pretty great, but there is a lot of other junk thrown in there. Nobody is going to claim the Nicolas Cage vehicle Next, Simon’s Radio Free Albemuth, or John Woo’s Paycheck are masterpieces. I admit a special fondness for Paycheck, but only because it is like watching an old Sierra game, Monkey Island for example, brought to life. It’s not a great movie. The list goes on, and the stinkers pile up.

When I heard Man in the High Castle was getting being made into a television show, I was intrigued. How would they adapt a book largely about eastern philosophy, with a climax entirely about introspection and the analysis of the psyche of a populace? As it turns out, they adapted it by completely ignoring most of the book, using the premise and the same name. While many might get upset with this departure from the source material, I’m a firm believer in what Douglas Adams said, which I will badly paraphrase as, “Why would I tell the same story on the radio I did in a book? They are two separate ways to tell stories.” I don’t need the television show or the movie to mirror the book. I already have the book. If the director and writer want to be faithful with an exact adaptation, I’m on board. If they don’t, I’m still on board. If they are bad, I’m probably not. I’m not on board with this version of Man in the High Castle.

On paper, this show has everything going for it. It’s an existing property of a beloved author, alternate history and Nazis are easy hooks, and the production value is truly incredible. Seriously, I can’t say enough good things about the way the show looks. The opening credits are award worthy, competing with True Detective; the attention to detail for the costumes and props are out of this world; and they do an excellent job with set design to highlight their existing visual strengths. Unfortunately, the writing suffers this weird problem where it is 80% good or passable, and 20% ridiculous as hell.

The main problem is that when the show is ridiculous, it is truly, utterly ridiculous. Characters run in shouting about illegal guns at the top of their lungs, even going so far as to fire them, and no one seems to notice. There is a scene where a character discusses killing someone. Her significant other doesn’t acknowledge this at all, fixating on her mentioning someone helped her. He screams, “WAS IT A MAN?” and storms out of the room. This is the same couple we are supposed to believe loves and trusts each other. In another example, Burn Gorman plays a scary bounty hunter. I like Burn Gorman as much as the next dude, but in a show set in the 1960’s, he stomps around as if it was the 1800’s, dressed like a cowboy. He tells people he’s going to kill them, and they stand there quivering in fear and let it happen. This is to say nothing of the fact he seemingly tracks like a bloodhound and has oracular insights into hiding places. He also collects bounty hunter playing cards!

The main characters are just the worst at their jobs. The main female lead secures a job requiring nothing more from her than for her to smile. She literally never smiles once. She is constantly suspicious, flat out asking people about secret information when she is supposed to be performing reconnaissance. Further, she is directly responsible for the deaths of a loved one’s family members, and doesn’t even really acknowledge it or apologize for it. Worse, no one seems to really notice this. The Nazi spy can’t accomplish anything his boss commands him to do, lies constantly, and mistreats his lady friend. He spills secret information to this woman who has informed him she has a boyfriend, and disobeys direct orders to do simple things, like not watch films. The boyfriend at least has a reason for his behavior, a lot of the times, but he still ends up being ridiculous sometimes. He decides he can’t kill, so he holds on to the gun for…reasons? It’s silly.

The characters everyone I have spoken with likes most are Nazi commander Obergruppenfuhrer John Smith and Japanese Police Chief Inspector Kido. They are hyper competent, have genuine, relatable interests set within context, and are simply trying to do what they believe is right. The Japanese Trade Minister is mostly fine, except he is a mystic asian stereotype, inscrutable in his decision making. The German traitor is pretty great, but he’s not in the show all that often. These character depict the normalcy of life in this alternate history. They aren’t seeking to change the world into the one we know today. After all, the alternate history is why we signed up for the show in the first place. While the show itself isn’t something I can recommend, steal what is good about the show and use it in your own games.

When players approach high level in D&D, it’s typical for them to become involved in planar events and cosmic conflicts. In some cases, you get time-travel in on the act. Alternate history is a way to combine these facets of adventure with an existing investment in the ongoing campaign world. Plus, it’s a great way to reuse content you have already written. You have undoubtedly mapped out possibilities for different key choices throughout your campaign. Instead of having a Q&A session with the players after the campaign is over, or after major achievements, about what could have occurred, you can show them. This is doubly effective if the players had a particularly hard-won conflict or faced an agonizing choice. In fact, it’s an equally great chance to show the players a potentially missed good outcome that could have likely occurred.

The best part about this potential story mechanism is that the players already have the investment. They have engaged with your world, established contacts, adventured, made enemies, and changed the political landscape. Seeing their hard work twisted and changed is a great emotional weight, and provides plenty of impetus for the players to work for change. They might try to make their way back to their original timeline, or work to make this world a better place, as they know it can be. Given that it is high-level play, it’s a great opportunity to bring the planar forces to the material world. The wizard who sought a pact with Glasya? Maybe there are now hag covens ruling certain cities, with Glasya as an empress. All the fun of the Nine Hells, without having to buy a plane ticket!

As with all things, this is simply a case of knowing your players. If they won’t enjoy it, then obviously don’t do it. I’d like to think most long-term players would really enjoy this premise. They spend their higher levels facing their challenges the world would have seen if not for their strength and awesomeness, they get to still face planar craziness, and this all likely culminates in a big showdown with the evil behind this altered history. The players already know a lot about the world, but enough has changed to require exploration once more. This is all the more meaningful for having already experienced how it could have been. Just don’t make the players 20% ridiculous compared to the norm, and you’ll be all right. Maybe stay away from MEN HELPING THEM. It’s apparently something to shout about.

The Alchemist Class for 5e