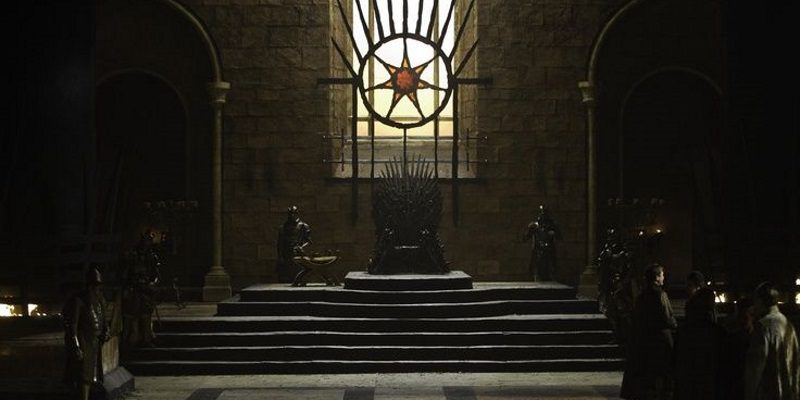 Previously in this series, I looked at one of the high-water marks for fine detail in domain rulership systems. This week, I’m going to some systems at the opposite extreme: 13th Age and Dungeon World. Not counting, of course, systems that simply have no rules for domain rulership or strongholds. Absence is different from minimalism – and I’m about to split that hair damned fine.

If you’re unfamiliar with 13th Age, it’s important to understand that its design emphasizes getting straight to the action to an extraordinary degree. To the best of my limited knowledge, it’s not a game with extensive downtime or logistical considerations. It gets to the monkey (this link is not safe for work, wear some headphones).

Domain rulership and stronghold building systems are a lot of things, but they are not action in themselves. They are logistical, social, and political; they drive gameplay by creating new needs; they create player ownership of the setting; they can even generate stories organically. Despite what amounts to a tonal mismatch (one that the writer briefly laments), the Pelgrane Press website has an article of stronghold-building rules for 13th Age. I can’t help but be pleased that Gareth Ryder-Hanrahan mentions doing some of the same reading that I’ve been doing for this column. So often it feels like designers start from scratch when they create a new domain or stronghold system, as there are so few points of commonality between any two versions.

They carry a maintenance cost as well: “assume annual running costs between 5% and 20% of the building price”. (Faking this with 1d4 x 5% per arbitrary time period could work fine.) The text notes that these building prices and maintenance costs are well outside the budgets of most adventurers, so they are a carrot to lure PCs into excessively dangerous-but-lucrative adventures.

These strongholds carry benefits that you’ll care about in the normal course of your high-octane action gameplay. The text suggests that you (I’m not sure if this is intended to be the player or the GM) pick one from a list of three. They boil down to quick recuperation, a changeup to the Icon Dice that are the centerpiece of 13th Age’s content generation system, or trusty henchbeings for fictional positioning.

We’re in still greater luck, because Ryder-Hanrahan returned to this topic the following month to talk about dominions. You can tell he’s reading BECMI/Rules Cyclopedia because he borrows their terminology and general tenor, and that’s a wonderful thing – for clarity and ease of use, Mentzer’s Companion rules have scarcely been paralleled in all the domain-rulership rules I’ve read through so far.

The rules here pose three ways to gain a dominion: inheritance (using the game’s One Unique Thing character-creation rule), a little of the old ultraviolence (a timeless classic), or schmoozing with one of the setting’s bigwigs and doing work for them. The size of your… dominion… matters, as you get a new Background rated at one point per size level, which probably applies to most of your Charisma checks.

The dominion itself gets deeper (any at all) into a logistics and politics minigame than I might have expected. Your dominion’s size grants it a number of six-sided Resource Dice, which you divide up among whatever resources make sense for your dominion to have. Since that could be anything in the fairly gonzo default setting of 13th Age, all resources behave roughly alike and are only limited to the players’ and GM’s imaginations.

Dominion size works on a four-level scale, from barony to Imperial governorship, rather than tracking acreage or number of provinces. Because of the way this works, the system scales from its quantum of rule to the largest possible holding with total fluidity. Since we’ve seen serious problems emerge in other systems as they change scale, this is a major strength of Ryder-Hanrahan’s system.

On whatever schedule amuses the GM, you roll your Resource Dice. 6s are good, 5s are a mixed blessing, and 1s are potentially a bad problem (the kind of bad problem that generates content, though). Protecting your dominion could easily replace the Icons as the content-generating engine of a game. When things go well, you have something really useful you can liquidate or use as a bargaining chip to solve other problems. Again, the only limitation here is that things have to be narratively appropriate in the views of the people at the table. There’s a list provided, but it’s clearly intended as a jumping-off point.

The one significant flaw that I note in these rules is that strongholds and dominions don’t plug into each other easily. In all likelihood, even an Imperial governorship won’t consistently cover the upkeep costs of a single super-cool stronghold. Resources are just not very likely to do good things for you – two out of six results are some flavor of bad, and three out of six results are “you get nothing!” This is good for generating content and kind of bad for world logic. In our experience of the world, the people who rule the land have lots of opportunities to get monstrously wealthy doing it – quite a lot better than a 16.66% chance.

And… that’s really the whole of the rules. Two articles, easily digested in a few minutes of reading. 13th Age goes for a bird’s-eye view of the whole matter, emphasizing quick resolution, data tracking that would fit on an index card with room to spare, and story-generating hooks. One could adapt this to just about any system, as long as you cut or gave careful thought to all references to Icons and Backgrounds – those are the only 13th Age system elements that aren’t self-contained within the articles. I would use this, or something a half-step away from it, for any game in which Birthright’s rules were a poor fit.

Will I be able to say the same for Dungeon World?

Let’s not kid around here. At least within the Dungeon World core book, which is the only one I have, there aren’t any purpose-built domain rulership rules. Instead, there are GM-facing rules on how steadings of various sizes gain and lose tags (adjectives or descriptive nouns) and needs. Those adjectives and needs inform the fiction – that is, they are a low-granularity content generation engine. There are almost no numbers in the twelve pages that constitute the entire system. Instead, there’s a whole lot of thought in how strength and weakness can be either cyclical or self-perpetuating, expressed in a few bare lines. It would be the most natural thing in the world to change the PCs’ relationship with these steadings from visitor or wanderer to mayor or regent – I don’t see that this would change a word of the rest of the system.

Dungeon World, like all Powered by the Apocalypse games, takes an entirely casual approach to cash in the PCs’ hands – if anything, Dungeon World is the closest to having an economy. Still, all pricing of things beyond the most basic adventuring necessities is a matter of GM fiat, so the absence of costs to build new amenities in a steading is no surprise.

What the system does have is a system for giving each steading a strength (which might have an implied weakness of its own) and an immediate problem (which might have an implied benefit), and a careful dynamic for changing tags and needs, and for growing or shrinking the steading. Many of these are about relationships with other steadings – congratulations, now you’ve got politics and maybe even a nice war. If the PCs are in charge, those relationships become their problem, and maybe their fault.

As long as all you want out of a domain rulership system is a fruitful source of thorny (and often untimely) problems, Dungeon World is amazing and infinitely adaptable to other systems, since all of these tags and needs really only mean what the GM and players interpret them to mean. The book has some guidance on the scale of each descriptive word, but they’re all scaled to Dungeon World’s points-of-light mode. You want late European feudalism or the early Renaissance? Increase all of those numbers by a factor of ten and move on.

There have been more explicit domain rulership systems created for PBTA games; I know of one that is still in initial writing, and particularly incisive in the elements it chooses to emphasize. I just don’t have it in me to go through the entire span of PBTA games to hunt down domain-like rules and moves.

If your system of choice doesn’t have a native domain rulership system, or your system of choice offers something more involved than your group really wants, 13th Age and Dungeon World are both great choices, and these rules blocks are free-as-in-beer without being lite-as-in-shitty. They push story engagement and seriously deprioritize logistics and number-crunching. If your players derive a lot of satisfaction from building up a fat treasury or watching progress bars fill up, these systems aren’t for you.

Back in Part Six, when looking at Magical Medieval Society and Power of Faêrun, I noted that the former puts all of its emphasis on the land and the people living there, while the latter cares exclusively about who the ruler is and what they do. 13th Age’s strongholds are solely governed by who the ruler is, while dominions are about who they rule, and slightly change who the ruler is (by granting a new Background). Dungeon World sort of abstains from the question (because it’s not trying to answer the question), but we can call that defaulting toward being about the people ruled.

Next time in Domain Rulership: Fields of Blood by Eden Studios (donated to the cause by a generous reader) and Kingmaker/Ultimate Campaign by Paizo.

The Secret of Zir’an, Part 1