End of the World: Revolt of the Machines by FFG 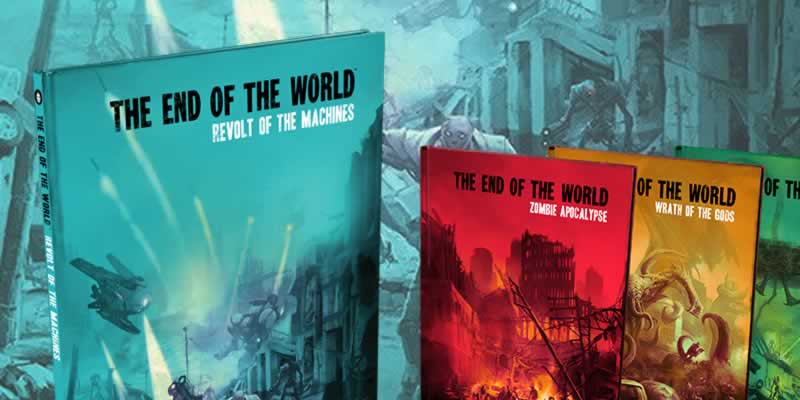 Fantasy Flight Games has expanded their End of the World game line with their fourth book, Revolt of the Machines. 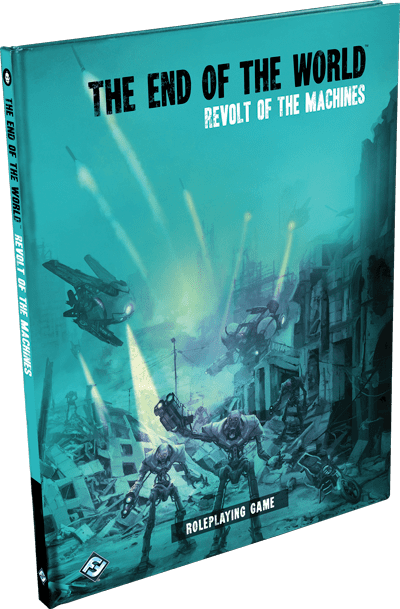 FFG’s system used in all four books has the players create characters based on their own abilities. From there, the players attempt to survive an apocalypse in the form of zombies, wrathful gods, aliens and now machines.

This book, like the other three, provides five scenarios where players try to find a way to survive, in this case from machines attempting to destroy the world. The scenarios are familiar and span each genre, but offer something new so your players won’t be ahead of you.

Revolt of the Machines will retail for $39.95 and will be released in the third quarter of this year.

I ran a one shot with using the zombie book and I’m hoping we can find a break to run part two. I can’t recommend this series enough and if you find a gap in your longer campaign, I take a long look at running one of these four scenarios.