WHO YOU GONNA CALL? 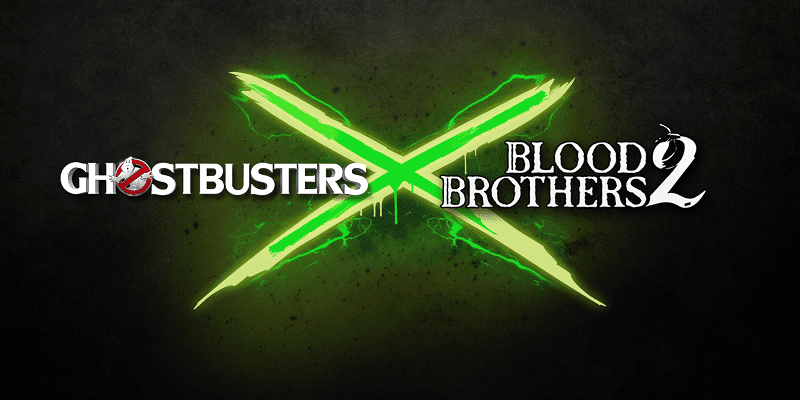 DeNA West announces, in celebration of the release of the new Ghostbusters™ movie, in theaters July 15, fans of the ghoul-hunting band of misfits can now recruit their favorite characters beginning July 14 in Blood Brothers® 2, the strategic battle RPG available as a free download on the App Store and Google Play.

Through a license with Sony Pictures Consumer Products, Ghostbusters buffs and Blood Brothers 2 players will take on iconic Ghostbusters villains in the Blood Brothers’ homeland of Arnashia! Three new villains, Slimer, Rowan, and Mayhem, will make their debut in the game, with more characters to come in a follow event. Running from July 14-21, the first event will see Galbraith’s escape from the Netherworld unleash a wave of undead activity across Arnashia. A second event featuring additional fan-favorite Ghostbusters characters and a new storyline will run from July 28 through August 3.

“The Ghostbusters characters are a fun and unique addition to the world of Blood Brothers 2,” said Kevin O’Neil, Executive Producer at DeNA. “The game’s already diverse cast of characters, strategic combat, and fast, dynamic gameplay are sure to match the paranormal world of Ghostbusters; we can’t wait for fans of both to experience these crossover events.”

“We’re excited that fans will not only get to see the reimagined Ghostbusters on the big screen, but also call them to battle in the world of Blood Brothers 2,” said Mark Caplan, Senior Vice Preseident, Sony Pictures Consumer Products. “We’re thrilled to give fans a chance to experience new and old Ghostbusters characters like never before.

Interview with Lauren Rock – Maker of ...