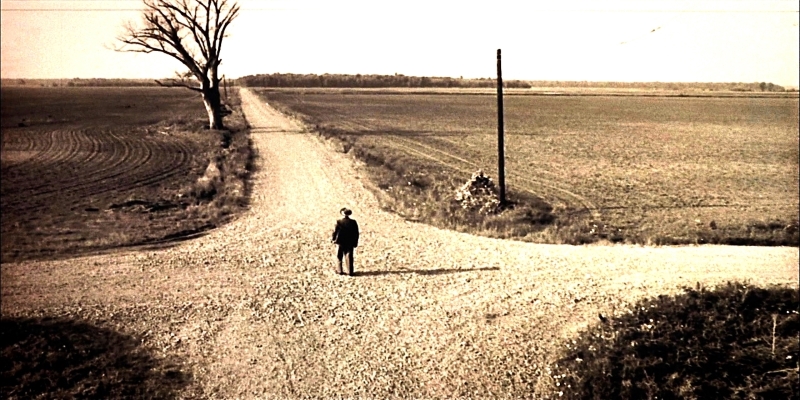 After a diversion into some discussion of Nemesis, I return this week to encourage people to get to know things. In the name of this spooky season, I am continuing with demons, devils, ghoulies, ghosties, goblins, and so forth. Ok, so I covered a type of devil and scarecrows thus far for the month and that’s it. Whatever, let’s not make a big deal about it. Rather than discuss a particular creature, I wanted to instead talk about the folklore of the crossroads, and the supernatural beings that are said to patronize them. Don’t worry, there will be some discussion of D&D critters, though maybe not the ones you think. If you’ve missed the rest of the series so far, you can catch up with it here.

While the idea of crossroads being places of liminal power undoubtedly traces to an earlier date, we first see mention of it in the works of Wulfstan II. Wulfstan II, as I am sure everybody knows, was the Archbishop of York, a Bishop of Worcester, and a Bishop of London. This dude, also just sometimes called Lupus (really), was Archbishop in the early 1000’s, and is awesome from a historical perspective, but was probably a real asshole if you lived under his authority. His most famous work, The Sermon of the Wolf to the English, is all about how the English have angered God with their immorality, who has sent Vikings as his agents. This sermon also talks about witches, Valkyries, and the imminent time of the Antichrist. In short, everything that would make a totally rad movie, but also makes for a shitty place to live (probably). Read in full, you can just about lift it for a modern brimstone and hellfire sermon, so I guess there’s that. Anyway, he also wrote On False Gods, which is dedicated to stripping old gods of their mystery and mythology, and about how all other religious beliefs are the work of the Devil. This work is important because it contains the first mention of the crossroads as a mystical juncture. He states that Mercury and Odin were the same person, and was really just a silver-tongued con man, but worshippers offered sacrificed to him at crossroads, all in the name of the Devil. I totally want a historical fantasy movie about this dude. 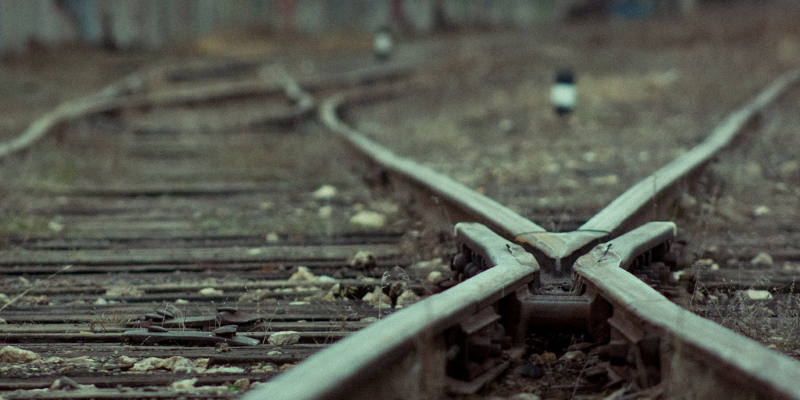 We then move to Brazil, where the crossroads plays a very important part of their mythology. Funny enough, it almost certainly dates back to the works of people like our boy Wulfstan, because it’s pseudo-imported by Portuguese settlers. It’s then further strengthened by the arrival of West African slaves during the colonial era, which I will discuss more below. The third leg of this is the full embrace of Catholicism. Interestingly, you get three different periods of Christian influencing local traditions as a result of this weird spiritual tripod. With this in mind, it’s hardly a surprise that you get a lot of versions of supernatural beings tied to the crossroads.

One of the creatures is a headless mule, which is a cursed woman who committed a sin (the sin could be adultery, prostitution, infanticide, or any number of other things). The woman transforms at a crossroad into a headless mule with a head and mane made of flame , silver horseshoes that echo with terrible thunder, and an ornate bridle. The headless mule runs around the countryside, hitting every parish until it returns to where it began, breathing fire all the while. The curse can be lifted temporarily by pricking the mule with a needle, tying the woman to the cross, but these only work if the woman stays in the parish, or until dawn. The woman can have the curse lifted permanently by having the bridle removed, and returned by putting the bridle back on. If the headless mule sees you, it tramples you to death. Weirdly, the most frequent cause of the curse a woman sleeping with a priest. The priest isn’t punished, just the woman. Damn those devil women, I guess? Anyway, this is definitely a cursed creature that is tied to the crossroads.

Another Brazilian myth gives us Besta Fera, the ferocious beast! Besta Fera is centaur, and the legend says it is the Devil when he leaves Hell during the full moon. He crawls forth in a crossroad, and transforms. Besta Fera strikes fear into the heart of those who hear his hoofbeats, and drives animals before him in giant herds. Besta Fera rides around until he finds a tomb, and then disappears. Surprisingly, Besta Fera doesn’t kill people, though the sight and sound of him are enough to drive people to madness. The animals he herds could pose a threat, I suppose. This is such a strange myth, and I love it. 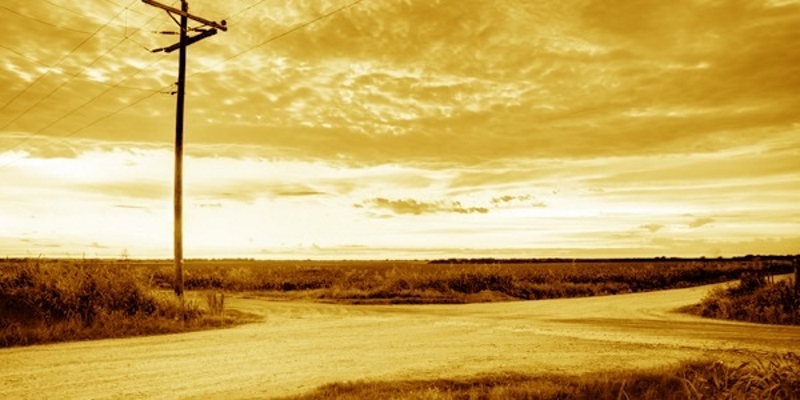 The third crossroad figure from Brazil is the Brazilian version of the werewolf, the lobisomem. The lobisomem turn into werewolves every Friday night, regardless of full moon, at a crossroad. The creature is then a werewolf until such time it returns to the same crossroad, and changes back. The lobisomem mainly attacks women when it is transformed. It can cause others to become lobisomem through biting them. If the bitten victim is not cured within twelve days, they become a lobisomem for good.  Some stories put it not as a man that transforms, but a weird tiny monkey creature that wears slippers and has a wicked face, with a height of only two inches when it is not transformed.

The African folklore is prevalent, too, as we see a link between hoodoo and Quimbanda, a Brazilian belief system. Quimbanda has a concept of Orisha, which are different manifestations of the Supreme Divinity. Orisha live in a hidden world humans cannot see, sometimes called the invisible world (as opposed to us living the planetary world). Here, there is a link between Papa Legba of hoodoo and Exu (Eshu). Both are seen as the messenger for all the other orisha or loa, and both are associated with standing at crossroads to allow people to speak to the spirits or orisha. Papa Legba is not seen as a hostile or evil being, though Exu sometimes is depicted as a cross between the Devil and Hades, but not all always.

Speaking of African folklore, this brings us to hoodoo. As previously mentioned, hoodoo is a combination of West African traditions and the introduction of European Christianity. It is here we see the origination of bargaining at the crossroads in exchange for a skill or talent. While it’s true Faust has the concept of bargaining with a demon or devil, dating back to the 1500’s, it doesn’t really take place at the crossroads until later versions that take place after British Imperialism is well underway. One has to simply attend to the crossroads at midnight (or just before dawn) a certain number of times, and an old black man, often said to be the Devil, would appear. At that time, you could make a deal and gain the skill you desired. This is interesting, because it runs counter to the idea of Papa Legba, but it’s also a different use of the crossroads. Rather than use it to speak openly, you are doing something in secret. Flipside of the coin, to a certain extent. 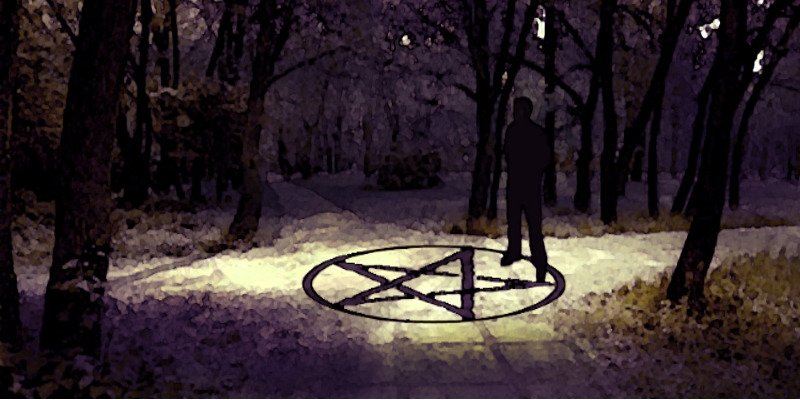 The concept of selling your soul at the crossroads for music grows out of this idea, but doesn’t originate in blues. Instead, the Italian musician Niccolò Paganini was said to have sold his soul at the crossroads to gain his musical prowess. It stands to note that Italy, as I am sure you all know, is super Catholic. However, it has become something of a tradition in blues music, and is somewhat synonymous with the American South, largely because of the population of African Americans. Funny enough, the song “Cross Road Blues” isn’t about selling your soul at the crossroads, despite what people might tell you.

To cut this short, there are two more brief things. First, the British used to bury criminals at crossroads. It’s unclear if this was to ensure they were outside the limits of the towns, or because they wanted to confuse the ghosts of the dead with many roads. The second is certainly cooler for a game. Finally, I’d be remiss if I didn’t talk about Supernatural. It’s the tv show that has really solidified the concept of the demon at the crossroads ready to make a deal in the recent years.

However, if you take a historical approach, it’s usually not about the Devil or demons. Instead, it’s almost always creatures of the hidden world, spirits, and transformations. Thus, I posit that the story of the crossroads, while certainly malleable and has a precedent for demons and devils, is really something that would be a fey thing in D&D. They capture a lot of the animism and wheeling and dealing that is associated with these classic tales. Demons and devils might pop-up and talk about trading your soul for something, this sort of thing really plays into the wheelhouse of the fey. The fey are all about trades like this, and would love to give someone incredible art or musical skills in exchange for a curse or a soul. In fact, the Besta Fera could easily be a manifestation of the Lord of the Hunt or one of his agents, come to collect souls that are past due, going for the double crossroads tie-in.

Even if you disagree, and want to firmly stay in this Faustian realm with devils and demons, I hope you found this brief overview of the crossroads entertaining and educational. It’s definitely your game to run. I’m just here to shed some light.

Too Much of a Good Thing: Success ...