The Schemes of the Archfey, Part Three 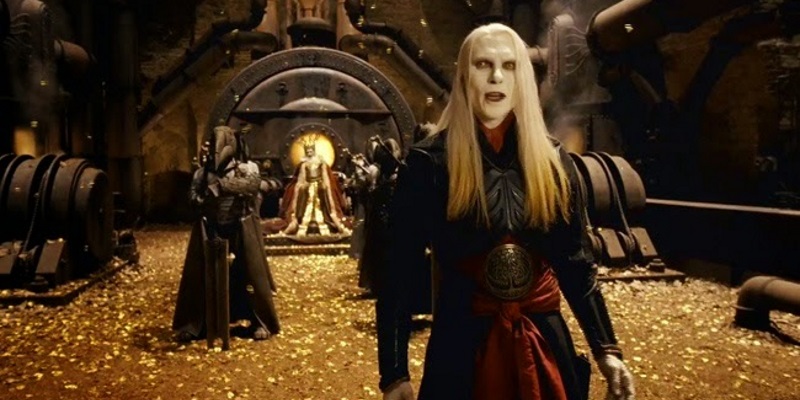 At last we come to the third part of the Schemes of the Archfey, in which I offer story hooks and political interactions for the archetypes of Archfey (archfeytypes) that I described earlier in this series. This article covers the Mother of Redcaps, the Dream-Tyrant, the Winter Lord, the Muse of Steel, and the Eldest. Particularly with the Eldest, I’ve tossed out story ideas every time I’ve mentioned them, just because I think most DMs will be less familiar with how to use them.

Coming up with conflict for the Mother of Redcaps is the simplest thing in the world – she and her followers provoke conflict wherever possible. There are only so many times a redcap can saunter up to you and chew your face off before that gets real tedious, though. It’s considerably more challenging to work out deeper goals and interests for what’s usually a pretty straightforward character.

More than anything else, the Dream-Tyrant is about what the protagonist wants, delivered in the worst way possible. You want a night off from babysitting? Take all nights off. All you can really do to protect yourself from the Dream-Tyrant is to always do things the hard way and never let anyone hear you ask for help or a shortcut.

Writing stories around seasonal villains is always hard, in games as in comics. What I think I’d do with the Winter Lord is a bit different: I’d have him use the pre-existing winter to attract new servants and supplicants.

Most of the story ideas that come to me involving the Muse of Steel are revolutionary, setting-altering matters – the invention of the cannon, firearms, or the printing press. The Muse of Steel might reasonably support any of these innovations. On the other hand, if they came from mortal ingenuity rather than fey inspiration, she might oppose them and try to set mortals back on her preferred track.

Once even one of the Eldest is in the world, it should be the kind of problem that reunites the Courts to do something about it. Except that, let’s be real, they don’t stop being treacherous just because they’re in danger, so look for a Xanatos Gambit of some description from the Queen of Air and Darkness. On the other hand, the Eldest were defeated through an alliance of foes once before, and stopping that from happening again is Priority One. What else might the Eldest do with their time?

Next time in this series, I’ll create a variety of fey-themed magic weapons and shields to go with the Treasures of the Fey Market article I wrote some time back. There may also be additional magic armor, depending on what comes to me as I write. Thanks for reading, and I hope you enjoy these story ideas!

Get to Know the Death Knight