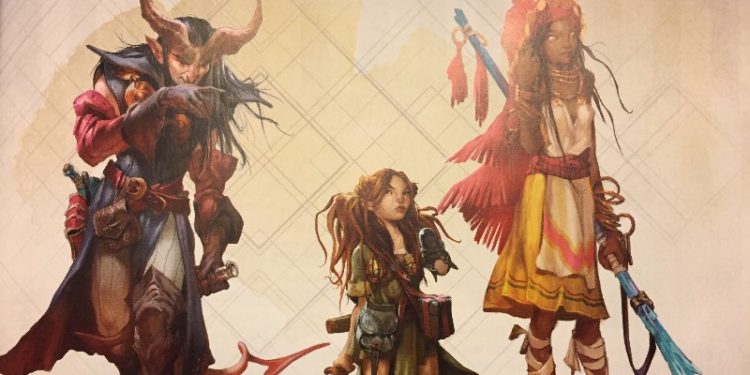 Today I’m moving on to monastic traditions and paladin oaths in Xanathar’s Guide to Everything. There are a mere five subclasses this time, so we’ll get through 18 of 31 subclasses. Let’s see what we’ve got going on here. As a reminder, I’m avoiding describing features as I go, because this article is in no way intended as a replacement for owning a copy of the text. Where this makes the breakdown harder to read, you have my apologies.

Bards and Barbarians | Clerics, Druids, and Fighters | Monks and Paladins

The flavor text for monks is specifically wrong for the subclasses of XGTE, but it’s also generally wrong for all kinds of monks: “They… typically eschew weapons.” Guys. Guys. You went way out of your way in 5e to make it so that using a weapon was never a bad idea and often a really good one. (I’m specifically pleased that one of the monks in my game was pretty happy about getting a magic spear and a magic dagger, when no one else in the party especially cared about them.) Why would you even print this? Even more so with Kensei art on the facing page, and all three monks visibly carrying a weapon?

Anyway, the three backstory elements are monasteries, monastic icons, and masters. The monasteries are cool and memorable, rejecting specifically Asian flavor for outright High Fantasy. Since this needs to fit into all sorts of low-to-high-fantasy games, I think this is good guidance. They’re also evocative story seeds, and those are never useless. The monastic icons do less for me; that one monastery’s hail Hydra slogan is not a good look. No story about monks is complete without the monk’s teacher, and I can imagine Pat Morita, Martin Kove, or Dustin Hoffman voicing these characters. These are another solid group of story seeds.

Way of the Drunken Master

I did my whole bit on why I don’t really love Drunken Masters back when this was in UA, so in brief I’ll just say that it takes a super specific player to make this subclass not-silly. If you’re running a silly campaign, more power to you. To put it mildly, that’s never been my deal. Anyway, some mechanics:

I have to admit, these mechanics look fun as hell to me. It pushes tactical positioning in a great way. Maybe I’ll play it, and just get the DM to let me drink sake the whole time.

Way of the Kensei

Boy, this was a tough one in the UA playtesting. They went through some versions that just flat did not work. Let’s see what came of that.

The Kensei’s gameplay is about making difficult predictions about the best use of ki points, and how many you’ll need before you rest again. All monks have some of that going on, but (much like Four Elements monks) you pay out a lot without having additional ways to recover. There aren’t a lot of instant fight-changers, though – not like the Four Elements’ cone of cold, fireball, and so on. The Kensei does look like it’ll be fun to play, and its mechanics reflect theme well, but good-to-ideal play is uncommonly convoluted.

Way of the Sun Soul

This is a reprint from Sword Coast Adventurer’s Guide, so I’ll just link my commentary on it. Everything I had to say about it then still applies.

The initial paladin flavor text in this section, on one level, doesn’t have a lot to say – every paladin is unique is not much help. At the same time, no class gets treated as though there is but one way to play it as much as paladins do. They’re calling out the stereotype as a way to push people past it, and I appreciate that.

The three distinguishing features are Personal Goals, Symbols, Nemesises (uh, nemesee… nemeses), and Temptations. The Nemeses are the obvious story hook, but all of these are reasonably good character notes. Temptations are viable Flaws, by any estimation.

The Oath of Conquest is about as classic a (non-Batman) Dark Knight archetype as one could want. It’s a great honorable villain, but really pay attention to what you’re getting into and talk it out with the table before making this your PC. I mean, that’s always the advice, but most implementations of this Oath are probably serious douchebags. I know players who could make it great for everyone at the table, but then I am blessed with uncommonly excellent friends.

Mechanically, the Conquest paladin relies much too heavily on enemies not being immune to the frightened condition. I haven’t combed the Monster Manual to check, but I think that’s a problem at mid-to-high levels. A lot of my own subclasses have hung on the charmed or frightened conditions, so I know a lot about writing workarounds to the immunity issues there. Conquest doesn’t try to do that, so just keep that in mind – whether you’re the player or the DM.

When Conquest gets its mechanics up and running, it should be a holy terror, but that has action cost, CD cost (so you only get one “all in” fight per short rest until you can cast fear), and saving throw potential. Make sure your teammates are on board with helping your tactical war machine get rolling.

Rounding out this article’s set of subclasses, we have the redeemers. Historical Note: These are basically the opposite of the American political organization by that name. For good or ill, we’re taught little enough history – even in the part of the country in which the Redeemers were salient – that the word isn’t poisoned by association. Anyway, the concept here is simple: struggle to hold the purest possible moral stance, of nonviolence* and protection.

*Nonviolence means a lot of different things, depending on the context. The Oath tenets here permit violence as a last resort. What constitutes last and how much you can push your party members on that makes this a difficult Oath to play, and one you want to talk to the players and DM about in depth before choosing.

This is where I point out that it’s weird for XGTE’s subclasses that expand spell lists not to use any spells from XGTE itself – thinking here of life transference. I wonder why they did it that way, other than the UA articles not really “talking to” each other the way the text collected in one cover can. I don’t know if I would want to play the Oath of Redemption myself; I love support and healing, but this round-by-round gameplay feels awkward to me.

The thing is, no matter what these features look like, most of your actions are eventually going to be hitting something with a weapon, even if you don’t declare a kill at 0 hit points. This would work a lot better as a cleric Domain, where you’ve got the spell slots and Channel Divinities to support doing something other than fighting. Oh, sure, you could use your action to Dodge every round, but that’s why I’m not sure about playing this.

I hope you’ve enjoyed this installment of the Xanathar’s Guide Breakdown. Next time, I’ll try to cover the ranger and the rogue. Thanks for coming with me on this deep dive.