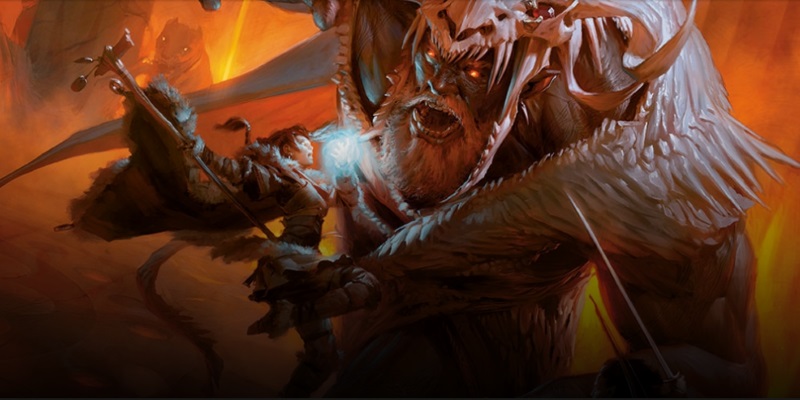 There’s big news today from WotC: we’ll be getting UA articles more than once a month for awhile. That’s particularly exciting for commentators like me, but it’s good news for everyone who enjoys 5e content. Even though some UA articles are less polished than others, they’re always good insights into the future of 5e and what the designers see going on in the game.

Since the release of the Player’s Handbook, barbarians have been substantially under-supported in official releases. The Totem Warrior has strong internal variety – it could potentially be twenty-seven different subclasses! – but it still reads like one subclass on the page, while the Berserker is a classic archetype but hard to use well and quite narrow in its function.

Hither came this article, Unearthed Arcanian: Ancestral Guardians, Storm Heralds, Zealots, greataxe in hand, a tank, a damage aura one, a religious one, with unusual features and gigantic mirth, to tread the jeweled thrones of the PH subclasses under their sandaled feet.

Path of the Ancestral Guardian

The theme of this iconic enough that it sort of feels like the one that was missing from the Player’s Handbook. You draw strength from your tribal ancestors? It’s a pretty perfect pairing with the Totem Warrior. Of course, I’m reminded that D&D has always had precise taxonomy for everything except spirits: a genius loci and a non-malevolent ghost are both just “spirit.” This bugs me more than it should.

Anyway, what does the Path of the Ancestral Guardian do?

Overall, I like what I see here. I might prefer something slightly less flashy for ancestor spirits – having them whisper to the character rather than manifest – but it’s not a dealbreaker at all. This is a more active tanking style than the Bear Totem’s “half damage from frickin’ everything while raging” style, and that gets high marks from me; on the other hand, it’s going to have a hard time in a head-to-head power matchup for the same reason. I would say to goose the power on this subclass slightly, but it’s on the right track.

Path of the Storm Herald

You know what, it does! It’s not a straight-up lightning & thunder theme. Instead – much like the Circle of the Land druid – it has three separate terrains, each of which has its own style of storm: desert, sea, and tundra. I love how much more breadth this gives the subclass to draw in player concepts. How about the mechanics, though?

The Path of the Storm Herald requires constant attention to the 10-foot radius around you. It’s a substantial shift in gameplay, in exchange for what could add up to a pretty serious damage output boost over the long haul. I like what it says on theme – as a DM, I am just not crazy about having large numbers of incidences of small amounts of damage.

Path of the Zealot

This is one of the rare cases that I take issue with the specific flavor text describing a subclass. For reasons beyond my understanding, all three core paladin Oaths can be good, bad, or other, but the Zealot gets “In general, the gods who inspire zealots are deities of combat, destruction, and violence. Not all are evil, but few are good”? That’s a pretty harsh line if you’re borrowing a name from Jewish rebels against Roman rule. Nothing in the mechanics suggests that Zealot barbarians are any worse in their methods and goals than any other PC.

Other than my initial objections to the flavor text, I think the Path of the Zealot is a pretty worthy addition to the barbarian oeuvre. It could just as easily be reflavored to be a sword saint or dervish. I really wish the Zealot were appreciably more friendly to a two-weapon-fighting barbarian, but as it is, it doesn’t particularly get in the way.

Yeah, I like what they’re doing here. They’re patching significant gaps in the Player’s Handbook content, and they’re drawing in a good variety of themes. The repeated use of damage auras is not my favorite thing, but there’s no immunity-based design going on, so that’s a welcome shift. The refocus on cooperative interaction in the midst of combat is one of the best parts of 4e, and it’s great to see it work its way back in here.

It sounds like I might be writing a lot more of these breakdowns for some time to come. We’ll see how it goes!

Depression and Dungeons and Dragons