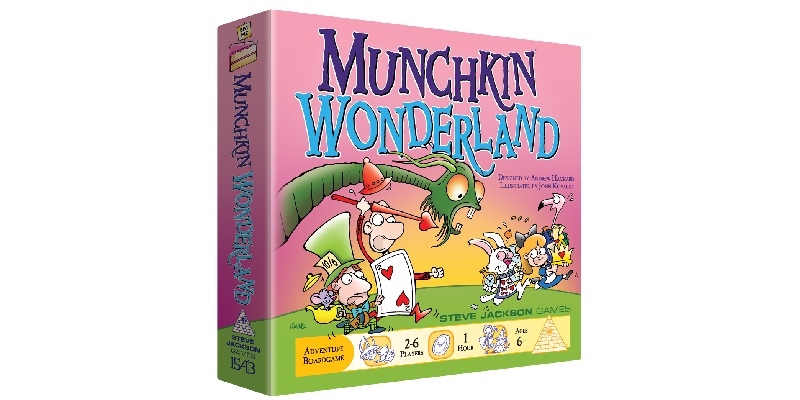 A new Munchkin-inspired game will let families with young kids explore Wonderland in a game that plays like a friendlier, simpler version of classic Munchkin.

In Munchkin Wonderland, players wander a whimsical landscape fighting enemies such as the the Queen of Hearts, the Cheshire Cat, or the Jabberwock. They’ll get help from classic characters such as the Dormouse, March Hare, and Alice herself using weapons like the Vorpal Blade and Six Impossible Things Before Breakfast.

Unlike traditional Munchkin games, when one player fights a monster, other players can help, but they can’t make the fight harder. The game ends when there’s no more treasure, and the winner is whoever’s loot is worth the most! 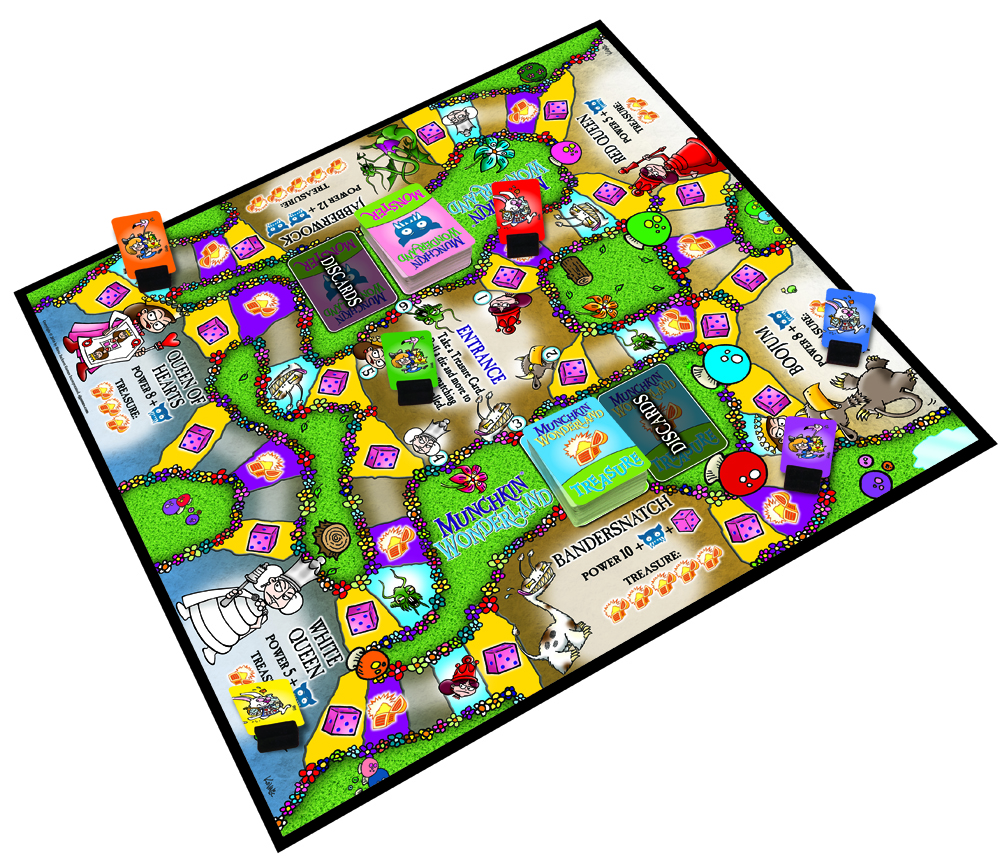 Munchkin Wonderland is based on Munchkin Treasure Hunt, the first Munchkin game geared toward kids, but Wonderland has 100% more Stolen Tarts, Tweedledee and Tweedledum, and Croquet Mallets.

Steve Jackson Games, based in Austin, Texas, has been publishing games, game books, and magazines since 1980. Its best-selling game is Munchkin, with over 8 million copies of the games and supplements in print worldwide. Other top sellers are GURPS (the Generic Universal RolePlaying System), Zombie Dice, and Illuminati. Past hits have included Car Wars and Toon. Steve’s very first game, Ogre, originally released in 1977, drew almost a million dollars’ worth of Kickstarter support in 2012 for a super-deluxe edition, which was released in late 2013.