NPC For Hire – Print and Mobile Tools by Knights of Vasteel 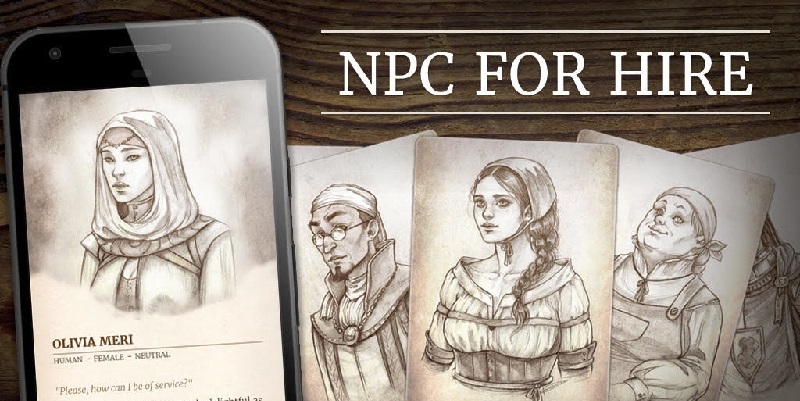 There is a new Kickstarter project that I think you will really like from Nathan and Austin of Knights of Vasteel.  The project is called NPC for Hire and uses a 52 card deck of hand draw portraits that you can use in a fantasy RPG game to add life to your non-player characters. These cards are very similar to Paizo’s Face Cards that I have used in the past. But along with the NPC for Hire cards, there is also a companion application that they have developed for iOS and Android.

With the app, you can randomly generate, create and save NPCs with intriguing narratives, features and flaws. The picture is then saved along with the stats on the NPC.

There are several tiers of backing all with April 2017 fulfillment with free US shipping included: 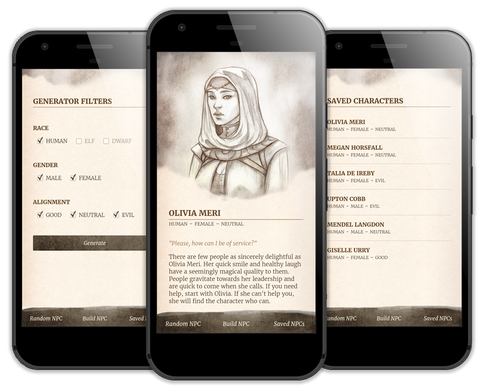 As of writing, the NPC for Hire Kickstarter still has 3 weeks to go and has reached $1759 of it’s $5,000 goal. You can support and back this project on Kickstarter here : NPC for Hire