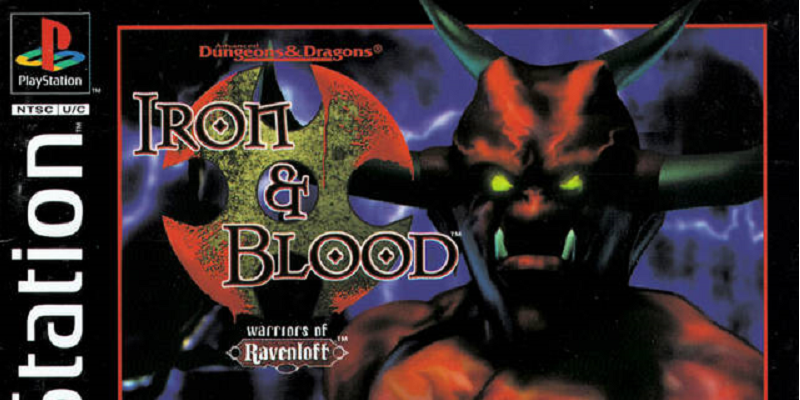 The 90’s were a lawless time. Hypercolor tee shirts, peace frogs, and Home Improvement walked the land, and our only hope was to hide behind our friends in No Fear apparel or the closest giant hair-do. During this bleak era, a game was release for the PC and Playstation 1. This game, like many before it, was a D&D game. However, rather than be set in Forgotten Realms or Dragonlance – remember, Planescape: Torment was still four years away from saving us all – it was set in Ravenloft. This was around the first peak of Ravenloft popularity. Sure, the setting was released six years earlier, but a few things happened to raise its profile over time. Knight of the Black Rose, the inclusion of Lord Soth in Ravenloft, was released in 1991, and I, Strahd, the first novel solely about that totally-not-Dracula Count Strahd von Zarovich, was released in 1993. More importantly, the film Interview with the Vampire was released in 1994. This coincided nicely with the rise of Hot Topic, which had an IPO in 1996. So, even though Ravenloft was released in 1990, it wasn’t until the mid-90’s that the 90’s new-goth scene was really taking off. So, it was a perfect time for a Ravenloft game to be released.

Iron & Blood: Warriors of Ravenloft was originally designed for everyone’s favorite 90’s console, the 3DO. After everyone realized it was no one’s favorite console, it was released instead for the Playstation and for the PC. It was a 3D model fighting game pitting heroes of Ravenloft against villains of Ravenloft. There are a few problems with this, but let’s focus on the most glaring: the characters in the game were created solely for the game itself. You don’t get to play CvZ, as he’s known on the streets, Lord Soth, Magda, Anna, Azalin, or any others. You are instead introduced to Luthor the Paladin, Darius the Gladiator, Torgo the Dwarf, Erland the Elven Archer, Ignatius Max the Halfling Thief, Xenobia the Amazon, Red Cloud the Abber Nomad Shaman, and Shinesta the Elf Princess as your heroes. The villains are Ardrus the Skeleton Warrior, Balok the Black Knight, Kaurik the Warlord, Stellerex the Wizard, Sasha the Werewolf, Nym Pymplee the Mad Goblin, Urgo the Margoyle, and Balthazaar the Headsman. There are a few hidden characters, included a demon lord of chaos who looks like he’s straight from Legend. However, let’s pause for a moment to recognize that the dwarf is just a dwarf, and doesn’t get to have anything else special. Hell yeah, dwarfs aren’t real people, let’s not worry about it. 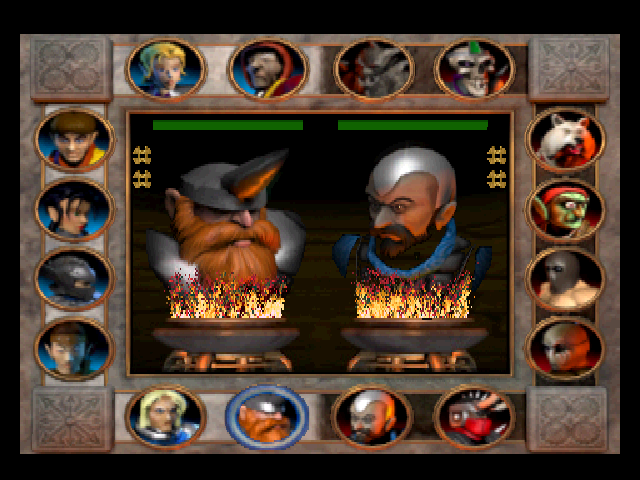 I’m all for expanding worlds, but let’s be clear: people care about Ravenloft villains. They like the tortured nature of them, and there are so many iconic dread lords to choose from. I have to imagine this was a licensing thing, but the fact that the game bears the name of the setting seems to have overcome that particular hurdle, one would think. It wasn’t like TSR was particularly against third-party vendors or licensing. The D&D games throughout the 80’s and 90’s, such as the spectacular Dungeons & Dragons: Tower of Doom, used D&D properties without any issue, and many of them featured established characters, storylines, and intellectual properties. Instead, take a look at the generic list of characters I listed above. Erland the Elven Archer squaring off against Kaurik the Warlord is hardly the stuff of legend, or even something you can talk about fondly with other people who played the game. If you could play as Lord Soth and use your magic gauntlets to punch the shit out of Strahd or Azalin, that would be a different story. Instead, we are left with this game that bears the Ravenloft name, but doesn’t really carry over anything else resembling the setting.

The biggest illustration about how absolutely wrong the game gets the setting can be found in Nym Pymplee the Mad Goblin. Now, the name is a bit goofy, but I would absolutely be interested in a goblin who was big enough and bad enough to warrant the rulership of a Dread Domain. In fact, I am sure that thanks to the bloat of 3.x there is at least one domain that fits that description. The last time I checked there were over 50 domains listed, though I am not well-versed enough to know what is canon and isn’t in terms of domains. It’s also not the thrust of this piece, so I also didn’t do the pile of research I normally do when I write these type of things. Anyway, back to Nym Pymplee the Mad Goblin. Nym wields two swords and mostly uses them to help him scoot along the ground. Yes, his movement is really like a dog trying to get itself cleaned up after an unfortunate incident. If this wasn’t silly enough, his voice quotes go out of the way to help sell the silliness. He says such things as “make me a sandwich;” he giggles and says “this is gonna hurt!” in a high-pitched voice. He also channels green lightning from the sky and it electrocutes him as he shoots it out at other people. Why? Because it’s funny and goofy, of course! Those are the two things you think of when you think Ravenloft, right? 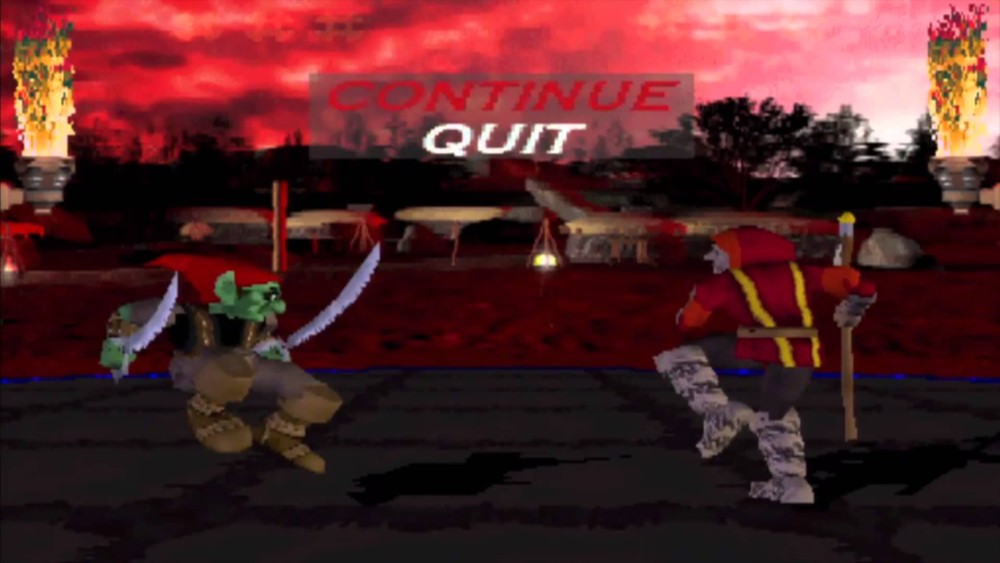 If you aren’t convinced by this, just realize that the Amazonian warrior is Xenobia. This was during the 90’s, if you recall. Surely this wasn’t just a rip of Xena, Warrior Princess, right? She wore a breastplate, knee-high boots, and bright red panties, while wielding a small round shield and a sword, and is actually pretty short for an Amazon. She flips around, does cartwheels, handsprings, and there are a lot of kicks. You know, like Xena. The quotes from her are things like “taste leather, dog!” and “you call that fighting?”, all done to sound exactly like Lucy Lawless. I mean, this borders pretty heavily on a straight lift of the character. This brings me to wonder: what exactly did Xena do to get grabbed by the Mists? What did the Dark Powers whisper in her ear to get her to commit a heinous act? I can only assume she murdered Gabrielle in a jealous lover’s quarrel. That sounds about right. However, this was the 90’s, so it’s not like that would have gotten mentioned.

As anyone who has ever seen Excalibur can attest, Merlin’s look in that film is quite distinct. The metal skull cap, the staff, the rockin’ beard, the black robe…you can take all of these things and you have now described Stellerex the Wizard. This is just such a weird decision to make. You have a huge pool of wizard iconography, design, and philosophies to choose from when talking about Ravenloft. Even if you try to convince me this dude is a follower of Nuitari from Dragonlance, you lose me the moment he starts chain-casting fireballs. Granted, this is a fighting game, so you want to divorce the gritty, lower-level nature of the setting from this type of play, but that just means you need to think things through a bit more when it comes to design. 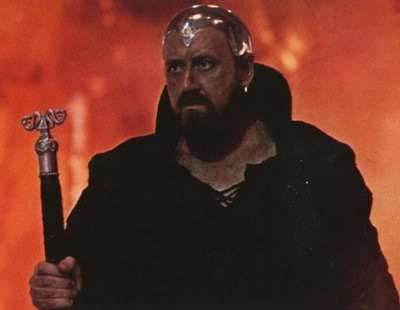 Of course, the very conceit is at fault here. Ravenloft is many things, but a hack-and-slash gladiator setting it is not. If you want to have a power struggle simplified to duking it out, it needs to be a dreadlord-based story. Even then, that violates the lore of Ravenloft, but you could easily work around that in a fighting game story. People really don’t need much to enjoy going to town on each other in a fighting game with their favorite characters. Again, this is such a simple idea that I can’t believe there wasn’t some attempt to make this happen. No matter how you slice it, this is just an anti-Ravenloft concept through and through. It boggled me at the time, and it boggles me now.

The most critical flaw is that the game just wasn’t very good. I was, and still am, a sucker for D&D video games, but the disgust I felt for the game has stayed with me in the years afterward. It’s easy to say that I can’t judge the game by today’s standards if you’re trying to argue in its favor, and that’s true, but I am not doing that. I am instead judging it by its peers, games like Soul Edge and Tekken. It’s not like the 3D-polygon fighters of the day were particularly advanced, but their gameplay was much tighter, the moves more fluid, and the play much more dynamic. I wanted the game to be good. I was a D&D nerd and would have loved to bridge one of my hobbies into another, one that I could then share with my somewhat nerdy, but not quite D&D-nerdy, friends. The fighting game genre has somehow defied the label of nerdy from the very outside, probably by virtue of being solely about competition and beating people up. If the game had been good, we could be looking at a very different course of history. We could be living in a world where Evo features people slugging it out as Arilyn Moonblade, Jarlaxle, and Danica. Instead, the game was bad and has languished in ignominy for a good reason. 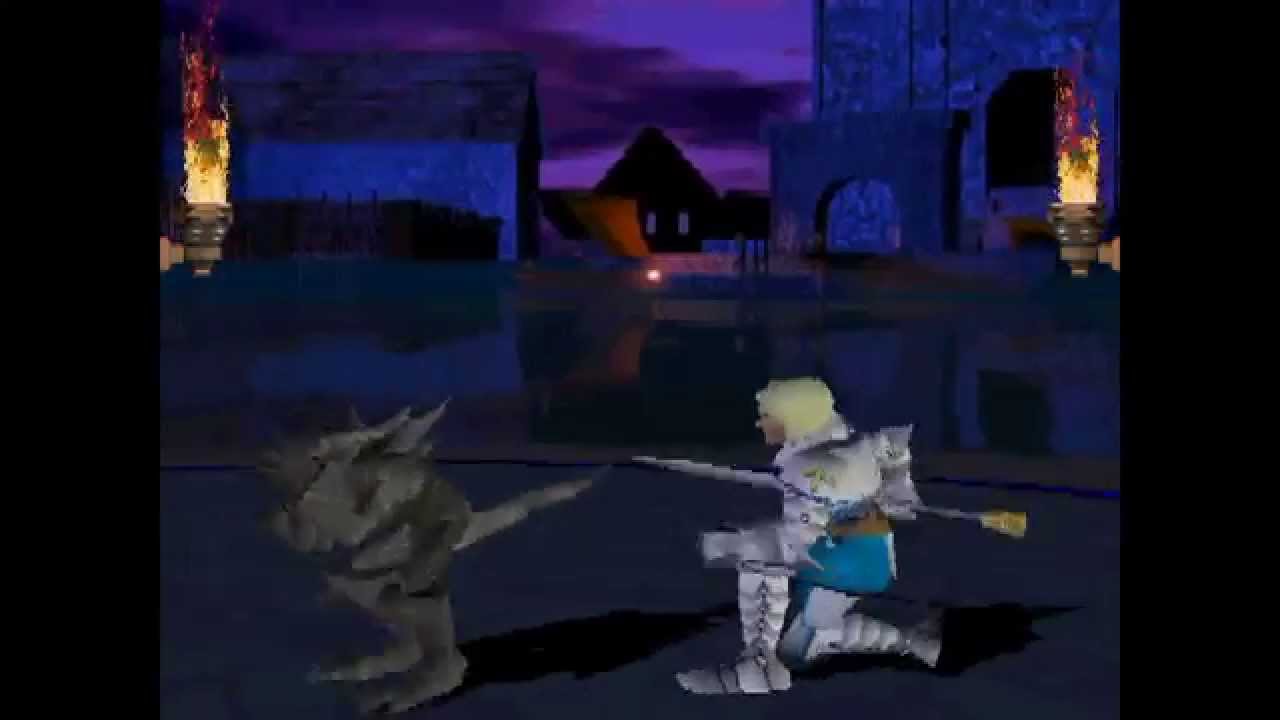 No matter how misguided the game actually was, I still love the fact that it was made. There have been a lot of risks taken with the various D&D properties over the years. Some were fantastic successes, and others were miserable failures. I’d actually love to see a return of a D&D fighting game, or at least one that allowed some good knockdown-dragout fighting. The most obvious fit for me is actually the MOBA Smite. Smite is all about playing as different gods from various pantheons. It would be awesome to see WotC partner with Hi-Rez Entertainment to put out a pantheon of D&D gods to join the real world ones, or at least provide various skins for the existing gods that so many of the D&D gods were based upon. I know it won’t ever happen, but it’s a good idea, in my mind.

Anyway, if you haven’t ever played Iron & Blood: Warriors of Ravenloft, don’t. Just pour yourself a drink and think about the fact the game got made in the first place.