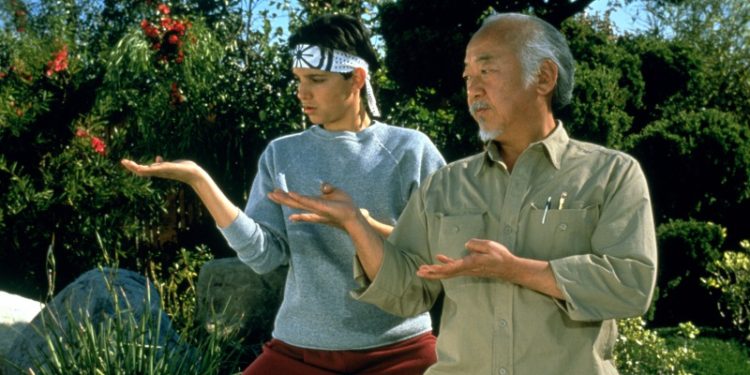 Another Monday without a UA article, so another Thursday with a new History of the Classes article: to every cloud, its silver lining. (Just a few hours late; I have a pretty unforgiving head cold.) Today I’m tackling one of the most tangled steps in the monk’s development, otherwise known as Advanced Dungeons & Dragons (First Edition). As a reader kindly pointed out in the comments of last week’s article, there are three monks in 1e: the Player’s Handbook, a variant in Dragon Magazine #53, and finally Oriental Adventures. In terms of development over time, keep in mind that the 1e PH came before Mentzer’s BECMI, and BECMI was the source text for the Rules Cyclopedia, so it’s logical that the Mystic in last week’s article shows more development than what you’ll see here.

The text starts by calling out how unusual the monk class is, though what it really should have said is “we couldn’t be bothered to edit for clarity” (apologies to Mike Carr, but “ascetic” and “aesthetic” are not the same thing). It is certainly the messiest of the classes in the book. Maybe the funniest thing about the text is that it calls out how weak the monk seems (seriously, a whole paragraph on how bad the class is), and insists that that is a false perception. Turns out, no one went for this argument, which is why there are two more versions to talk about today.

In summary, this class turns pretty good if you can survive low levels, but you can’t pick up hirelings to help you – you need party members for that. This is what we might today call an “AP Carry” class (to borrow some League of Legends jargon), much like the wizard. They’re great at high level, but before about 4th level, they are actually worse than having no one at all – they soak up a share of XP and need healing, but contribute almost nothing to encounters. By any modern standard, this class is awful.

Two articles in this issue, as well as the Sage Advice column, tackle the problems of the monk head-on. The first is a hack of the class, while the second drills down into the implications of the Player’s Handbook version. It’s a fine reminder that what we do here in Tribality is mighty similar to the early years of Dragon Magazine. Philip Meyers’s rant on the crippling issues of the core monk are worth the price of admission.

In short, he gives them a bunch of psi-like abilities. This is the first appearance of the monk as positively connected to psionics. If you’ve been reading the History of the Classes since back when I covered psionics, you may recall that OD&D psionics were specifically barred to monks and druids, for no obvious reason.

Meyers proceeds to expand the monk to 21 levels, beefing it up in nearly every regard:

There are also four “optional” addenda:

When fine-tuning a class’s balance, there are certain challenges that one faces. In this case, I think we can comfortably say that the revised monk is too much, but getting to where I think it should be wouldn’t take anything more than some judicious cutting of special abilities. I’d suggest, for starters, that dimension walk, astral projection, and planeshift amount to being a bit redundant, and monks would be better served to have one or two more unified features granting resistance to mental influence, rather than five that work in unconnected ways. Still, this vision of the monk will prove to be transformative and influential in 4e’s Player’s Handbook III, and if you look past balance issues, it is an enjoyable martial arts flick waiting to happen.

But we have one more 1e monk left to go…

Fortunately for the length of this article and the patience of my readers, the OA monk is very close to a simple rephrasing of the PH monk. So what’s different?

Gygax clearly wasn’t setting out to “fix” anything wrong with the Player’s Handbook monk; rather, he had a more detailed Martial Arts system he wanted to implement, and needed to rewrite the monk so that it plugged into it. The other OA-specific subsystems – family background and Honor – specifically cut the monk out, as the monk has a boatload of restrictions going even beyond the usual list.

To touch lightly on the Martial Arts system, it breaks combat down into a totally different granularity than we’re used to seeing in 1e combat. There are tons of special attacks, many of them pseudo-mystical. The system not only cares about whether you’re kicking, using various locks, pushing, head-butting, striking at vitals, throwing, or using a weapon the style teaches – it also cares whether you’re kicking backward (ugh, facing rules), using the Iron Fist technique (which changes your base unarmed damage to d10… unless your style isn’t fist-based, in which case only one attack uses a d10. This is still better than the completely impenetrable 1e punching and grappling system, in the same way that a claw hammer to the brainpan is better than a sledgehammer to same, all other things being equal.

This brings us – I think – to the end of the 1e monk. If you’re reading this and have played a monk in 1e, I’d like to hear about it. Based on the challenges of qualifying in the first place, to say nothing of the hard road ahead once you started out in the class, I’m guessing it’s a vanishingly small number of folks, but if I’m wrong, that’s awesome too.

The inclusion of detailed Martial Arts rules just highlights to me that the monk class is little more than an agile fighter with a heaping helping of legends, heightened with exoticism. If we viewed every other fighter as able to do the amazing things that one legend said one fighter could do one time, it would be quite a different class – and I think that’s the standard that gave rise to the monk as we see it.

Many thanks to the contributing readers who helped me find the material for this article, and an extra thanks to Geoffrey Fortier for giving me the near-mint copy of Oriental Adventures that he received from someone else dumping their collection!

Adventures in Middle-earth Loremaster’s Guide Out in ...