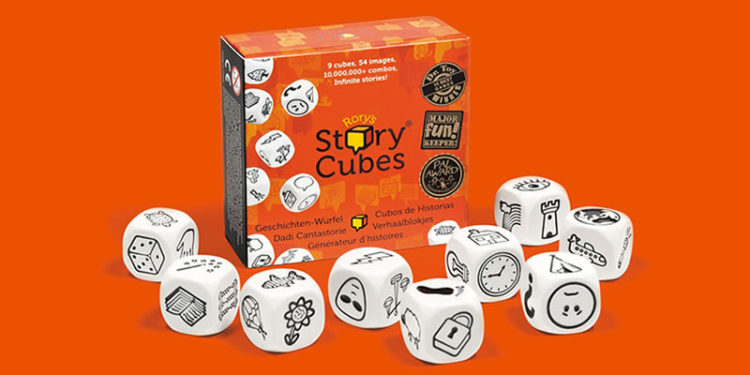 Improvisation is an essential skill for both gamemasters and players in any tabletop roleplaying game. A little improvising at your table can be the difference between a good gaming session and a great one that you’ll all remember and talk about forever. This week on the Campaign Trail, I wanted to look at improvisation and tools that can help gamemasters with this task such as Rory’s Story Cubes.

When I watch great actual play games on Twitch or YouTube (such as Critical Role, RollPlay or Acquisitions Inc.), I’m really not watching to see their mastery of the rules or how min maxed their player’s PCs are. I’m tuning in to see gamemasters and players who are great at using improvisation as a tool to help them tell a shared story. I know at my table, most of our favorite memories are from moments that I had not even prepped for at all.

Rory’s Story Cubes are a popular and award winning pocket-sized creative story generator. These dice can provide hours of imaginative play for kids and adults. The idea behind Rory’s Story Cubes is that anyone can become a great storyteller. All you need to tell a story is to simply roll the cubes and let the pictures prompt your imagination. 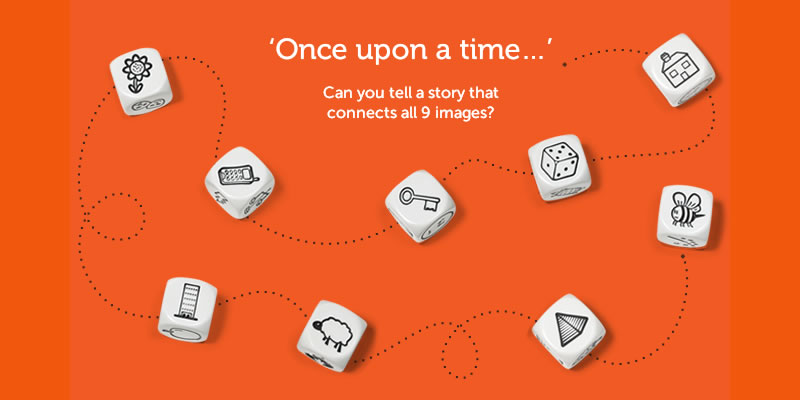 Getting the dice can be pretty pricey, but there is a convenient and more affordable option in the form of an app for iOS and Android. With the app you can purchase the original set for a 1/4 of the price and add on any of the expansion sets. 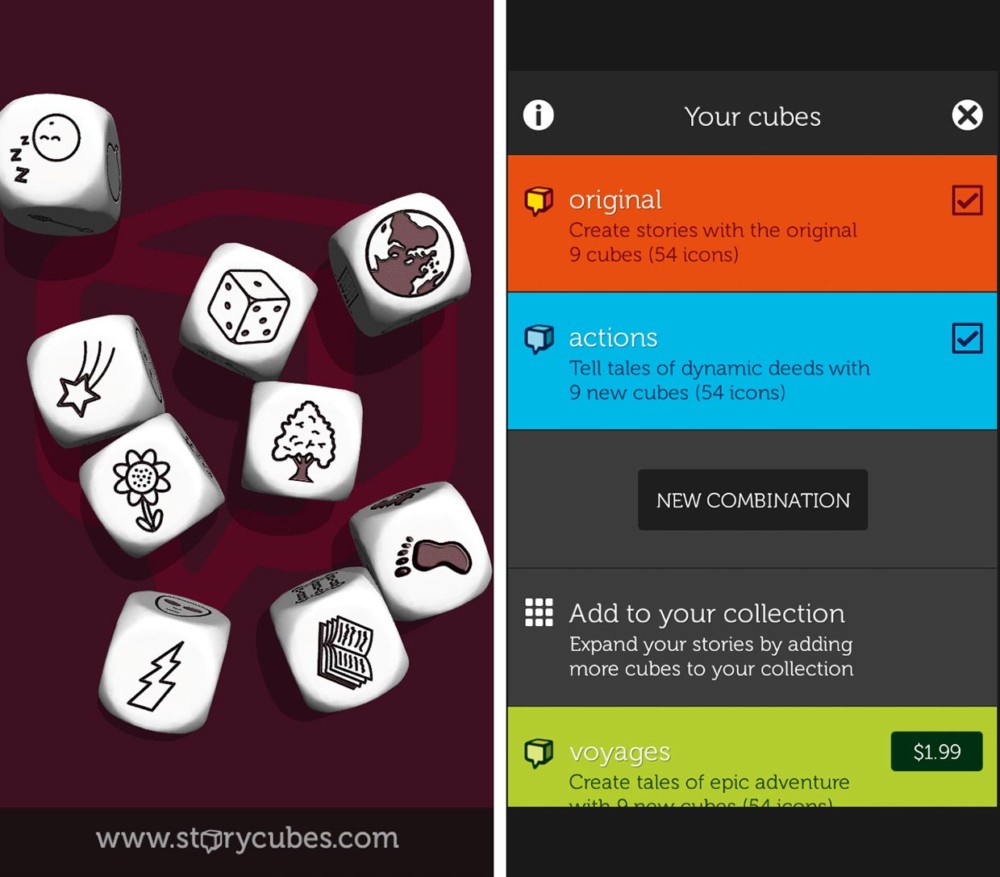 I’ve read and watched videos of other GMs using these cubes as a tool at their table, so I thought I’d take a crack at it too. But before we get to that, let’s look at improv first.

Improvisation is a very spontaneous performance without specific or scripted preparation. Tabletop RPGs, such as D&D, are cooperative events that owe as much to improvisational theater as they do to traditional board gaming. Here’s a list of some things to help you and your group help each other get better at improv.

“Yes And” is the basic rule that all of improv is built on. Saying “No” will block improvisation and you’ll find your scene has crashed to a grinding halt with a disconnected player.

In long form improv and tabletop RPGs, it’s important to make sure anything you or your players offer, doesn’t break the overall story. That being said, it’s always a good idea to try to run with the ideas and requests of your players to create a more unpredictable and entertaining game. Using improvisation should make your players feel like their characters can do anything and go anywhere. The more you improvise, the more your players should get creative.

Be Specific and Provide Details to Establish the Scene

Good scenes take place somewhere, at sometime. They do not take place on an empty black stage. Establish a location with characters and details for the players to work with. A location can easily be established in one or two lines without breaking the scene. Let’s look at my original dialog and add to it, assuming I rolled up an airplane (bird) and a cane (old man) when looking for an NPC and location.

GM “Okay, let work with this. You’re still sitting in a booth at the Golden Duck tavern which has emptied out as the night has progressed. Bill, roll a perception check.”

GM “Thamior, you notice an old man a couple of tables over. He is not doing a good job at hiding the fact he is listening to your conversation. Before you can even react he hobbles over over to your table on a cane and interupts you by saying, ‘I overheard you’re looking for more powerful weapons. I know of a magic sword, the Dragon Sword, that is the most powerful weapon ever created.’”

Details are the lifeblood of moving a scene forward. Each detail provides clues to what is important. Details help provide beat objectives and flesh out characters. If you are stuck providing a scene on the fly, Story Cubes might help you out.

I just purchased my Story Cubes this week and this is the first time I’ve tried them out as a gamemaster. Let’s test out some practice scenarios for when I’m running my game on the fly or  looking for ideas during prep.

It’s near the end of the session and the players ignore my hook about a dungeon in the hills to the north. The issue is the players want to go south to the big city, taking a shortcut through the wilderness. I need to give them some trouble on the way that is more interesting than another random encounter. I need some ideas for what they might find. I’m really blocked here, so let’s see what the cubes can tell me.

I rolled the 9 dice with various icons, but I really just need something to jump out at me versus trying to connect all 9 into a story, like with the full game. Three of the icons are a moon, a lock and a keyhole. I like this, the first idea I had was that a lock will only unlock with the light of the moon (like the Hobbit). I’m going to have them head through the grassland wilderness on the way to the big city to the south. They’ll find a moonbeam lighting up an open huge stone door. When they look inside, they see a staircase the descends into darkness. Now I have an interesting dungeon entrance, which is better than the nothing I had a minute ago. Maybe I can move my dungeon from the north that I prepped to this new location?

I have a combat scene pitting my PCs against some thugs in an abandoned warehouse in the dock district. The warehouse is empty! I need to fill it with something better than empty crates. Maybe a quick roll of some Story Cubes can help?

I rolled all 9 dice again, but I really only want 3 ideas. The icons were a key, a pyramid and an apple. So let’s fill some crates with apples, maybe they are stolen from some farmer in town. More importantly, the warehouse has a mysterious 15 foot tall black pyramid in the center of it. Let’s hide a key to the pyramid on one of the thugs. What is it? Why are these low level thugs protecting it?

Your players want to go into town and you want to provide some colorful characters and locations for them to interact with, versus the typical blacksmith and innkeeper. Let’s see if the dice can give me some quick ideas…

I’m going to pick the 3 cubes that speak to me: a bridge, a clock and a tent.

So there’s 3 quick examples I ran through to test out my new blocks. I think Story Cubes can be a useful tool for your pregame prep or at the game table when you need a couple of quick ideas. I only have the basic set and if I had some of their expansion sets such as Voyages, Enchanted, Clues, Mythic… I think the dice would be even more useful to me.

Next week I’ll look at improvisation and rolling Fate dice.