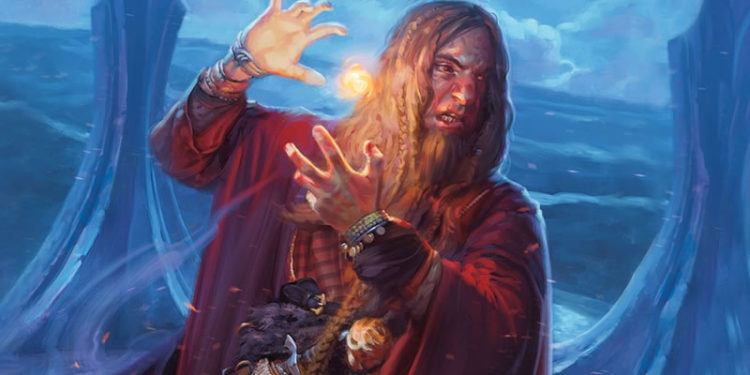 After a few weeks off, Unearthed Arcana returns with four new sorcerous origins, one of which is a rework of material released in one of the earliest UAs. The sorcerer is a challenging class to create subclasses for, in my view, because the core of what the sorcerer can do is “like a wizard, but narrower.” Thematically and mechanically, it’s probably more about “do one thing and do it well” than any other class. I mean, you can play a sorcerer for utility or buff/debuff spells, but mostly the class wants you to blast things to hell. Let’s see what they do to shake that up.

This is the rework – not too long after the core books came out, they released a Favored Soul subclass. If you’re not familiar, the Favored Soul first showed up in 3.x as a base class, offering sorcerer-like spontaneous casting for the divine-magic set. Thematically, nothing has really changed, though one of the signature features of previous iterations is gone. I’ll get to that in a moment.

No joke, five of the six features boost survivability (since no spellcasting list is better for survival than the cleric). This could certainly be a party’s main healer; I’d say to plan on cure wounds, lesser restoration, heal, and revivify or raise dead, and past that everything else can safely be from the normal sorcerer list. If you’re feeling generous, add bless, which is nearly always the best way to spend your Concentration. I don’t think there’s all that much interesting stuff going on here; Blessed Countenance is about the only feature that communicates a theme other than “the gods want you alive rather than dead.” It’s about its playstyle rather than telling a nuanced story. It’s fine.

As a long-term fan of Steven Brust, I am predisposed to like Phoenix Sorcery, even though it’s almost definitely not a secret magic practiced by Zerika IV. On the plus side, it’s also not the Phoenix Force (which should be a warlock patron rather than a sorcerous origin). In any case, Phoenix Sorcery is by far the coolest sorcerous-origin name in this document.

Okay, this subclass has one really bad problem. It functions at peak effectiveness for 1 minute per day. Outside of that 1 minute, one of its other features works just okay, and they still have Nourishing Fire, but they’re already asking the party to think about a long rest so they can take on more fights at peak effectiveness. Probably what needs to happen is that some one of their features should grant +1 per-long-rest use.

Overall, it’s stylish and flashy in a way that feels very appropriate to the sorcerer. They need to be sure to invest in non-fire damaging spells, because enemies with fire immunity are a thing – so that’s another situation where they aren’t using any of their subclass features or the spells they’ve been incentivized to pick up. This is the general problem of building a character around one damage type, though. To fix this, the sorcerer is basically obligated to buy Elemental Adept (fire), and then try not to fight fire-immune things. (Thanks for pointing that out, MTi.)

If you’re the sort of person who reads my personal blog, you’re a wonderful person with superior taste in gaming blogs, but also, you know that I’ve just created a Tidal sorcerer origin, so the Sea sorcerer makes me awfully sad. I did some very different things with features after the first, though.

Sea sorcery offers two features that aren’t explicitly about survivability and three that are, but doesn’t encourage you to mix it up in melee any more than normal. That’s kind of odd. I don’t like the Curse of the Sea, in that it looks like a lot of tracking for a fairly plain throughput, and its core intention is to get you to build your spell choices around its three concepts. The plus side is that the subclass’s central feature works for more than 1 minute per day.

Sorcery derived from the dao and/or the Elemental Plane of Earth seems pretty plausible to me, sure. Turning the sorcerer into a part-time melee brute… that’s a good bit harder. This seems a good time to point out that an early playtest draft of sorcerers in D&D Next involved transitioning from a ranged spellcaster to a melee brute as your sorcery points ticked down – a design dead-end because it got messy past about five levels, but boy was it compelling in that short span. Let’s see how the melee-sorcerer concept shakes out here.

There are a lot of different arcane/fighting hybrid subclasses floating around at this point: Valor bards, Eldritch Knights, Blade ‘locks, and Bladesingers, to say nothing of third-party content. (Also, I’m leaving out paladins and rangers on a technicality.) You can twist any of those into primary defenders if you want, but only the Stone sorcerer has a death-grip on the defender role from the beginning. Their d6+1 Hit Dice still leave them a bit short on durability, as they’ll recall during short-rest healing, though at least the subclass comes out and tells them to max out Con.

Looking at the document as a whole, this is another time that they have focused almost entirely on combat features, and more specifically on shoring up the sorcerer’s vulnerability. All together, more than half of these features improve survivability in some way, in contrast to the Player’s Handbook sorcerous origins. In final release of any UA content, I would like to see subclasses pick up unique ways to engage with the exploration and social pillars (and exploration’s offshoot, investigation).