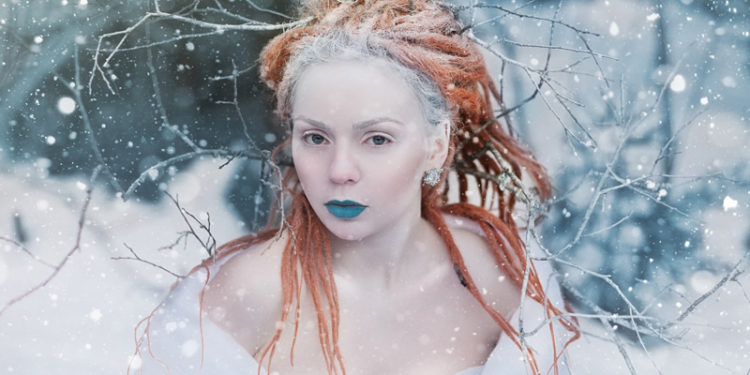 This week on the Campaign Trail I wanted to share some monster stats for a Frost Witch Queen, that my players just battled against and won. If you’re looking for a powerful final boss witch or fey with lots of ice and snow powers, this might work for your game.

My current 5th edition D&D campaign is set in 4th edition’s default setting, the Nentir Vale. I like how this frontier realm provides civilized points of light against the dangerous wilderness. For me, it’s a Goldilocks setting with just enough detail to provide an interesting locale without getting buried under a massive pile of lore. One of the factions of the Vale that I have thrown at my players are the Frost Witches.

About the Nentir Vale’s Frost Witches

The evil Frost Witches of the Winterbole Forest wield powerful winter magic. While the witches are relatively few in number, they use cold-based magic to frighten, fight, and manipulate anyone they come in contact with. They are ruled by the powerful elf witch Clenderi, but all Frost Witches are servants of Cryonax, the elemental prince of cold.

Most Frost Witches are female and come from a variety of races including elves, humans, harpies, and gnomes. While a new witch is born into the group from time to time, the majority come from like-minded individuals they recruit or by kidnapping young females who have shown an aptitude for magic. The witches’ bodies radiate an unnatural iciness, their skin glistens like a light morning frost, their breath can be seen as if on a cold day, and their touch is frigid.

The residents of Nenlast and others who reside near the Winterbole Forest live in fear of the Frost Witches and the horrifying thought of their children being snatched away in the middle of the night.

About this Homebrew Monster

This monster isn’t perfect, but it has been playtested. It was a good challenge for my group of five level 10 PCs, when she was combined with significant lair effects and two other witches to make a coven.

Let me know what you think of this monster and how you’d make it better in the comments below.

I’m hoping to get back to the random dice and improvisation series next week.