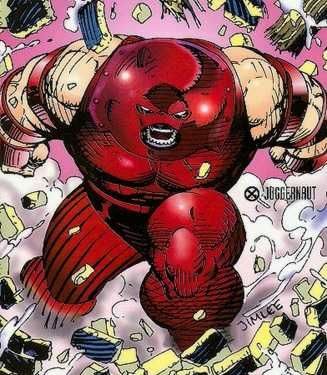 Part 1: The Strength Based Magic Users

Wizards (and other magic users) are typically people who use book smarts and long hours of study to learn how to warp the nature of reality, forgetting them after casting. Sorcerers use the force of their personality, sometimes combined with unusual heritage, such as having draconic ancestry to cast spells. Warlocks make deals with unfathomable extra-planar entities to gain power. Druids, clerics, and monks all gain their abilities and spells based on their levels of wisdom. But these tropes don’t necessarily need to show up in your games. Why not use strength as a magic type ability? It can’t be done you say? Read on!

To “Give credit where credit is due,” this idea originally shows up in David Drake’s “Lord of the Isles” series. Cashel or-Kenset is a simpleton shepherd, dumb as a rock, but also steadfast and just as strong as one too. But don’t let his simple-mindedness or lack of book-smarts fool you into thinking he’s a minor annoyance. Whether it’s wrestling a demon, moving a mountain or breaking a spell, he’s up for the task.

Even though he doesn’t have the same innate magic breaking ability, Marvel’s ‘Juggernaut’ and The Incredible Hulk are other such characters.

Strength based magic users (SBMUs from this point on) are known for their enormous strength and willpower, using their strength to overcome any obstacle, including bending the very laws of physics to their will, and disrupting other’s spells with their abilities. Given this talent, very few spells are able to affect them, and those that do may not affect them at their full effect

Strength is the main stat that needs to have the highest number put into. If you’re using a version that allows the characters to have increases as the character levels, you’ll want to put all the bonuses in this stat.

Dexterity is also helpful, for avoiding getting hit, but may not be all that necessary (see below). If your character doesn’t have a high dexterity, it shouldn’t be too worrisome.

Constitution would be the second most needed stat in that this stat determines HP.

Intelligence isn’t particularly necessary for strength based magic user/ breakers.  While intelligence is necessary to get skills, having a few less really won’t affect the character adversely in the long run.

Wisdom is quite helpful to have to allow the character to resist spells, but even so, they add their strength to their will saves.

Charisma isn’t all that necessary for the strength based magic user/ breaker, unless s/he is the party’s face.

Some abilities to consider for such characters:

Your Strength Attracts Me: Given the nature of these characters, they will attract imps, fay, and other such 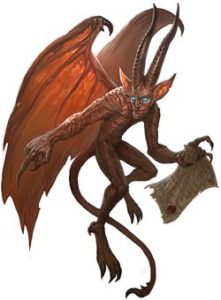 creatures. This creature acts for all intense and practical purposes as a familiar, except for the fact that it stays with the character willingly. If it is misused, treated badly, or abused, it is free to leave at any time. Unlike most other familiars, these actually have opinions and won’t hesitate to express them to the character, oftentimes acting as the conscious for the character. Distinct from typical familiars, these creatures also can’t be dismissed.

My Strength is My Shield: When this character is unarmored or only wearing light armor, s/he may use his/her strength bonus as a bonus to their armor, or conversely, use their strength bonus as DR to absorb that many points of damage before being affected.

Unstoppable Overrun: With this ability the character runs over his/ her opponent. The force of said action is so strong even set weapons against the charge have no effect.

My Strength is My Will: Any time that a SBMU would be subject to a spell’s effects s/he adds his/ her will bonus to the attempt to resist it and/ or disrupt it.

You Can’t Affect Me: anytime a SBMU would be affected by a hostile spell, s/he can add his/ her class level to the spell to avoid its effects and rerolls. This can be done as many times per day as the bonus to the strength. If a negative effect would continue more than 24 hours, the save may be redone each subsequent day that it persists. 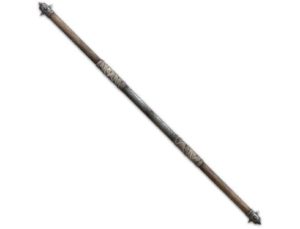 SBMUs can use any armor or weapons their background allows, mostly without penalty (see above for restrictions). Even with this freedom to equip one’s character any way they want to, certain skills will still retain their armor check penalties. Having said this, in regards to weapons metal capped quarterstaffs and other double ended weapons are best in regards to being able to block spells, as the spinning action of such weapons are what grants the most effective spells. There have been a few attempts to make weapons designed for spinning by giving them extra-long handles or circular handles with a pair of intersecting bars going through the middle. Conversely, if the SBMU doesn’t want to use weapons, s/he has the option of using double shields and spinning themselves for the same purpose.

Absorb the fall: This is similar to the featherfall spell, except the caster is able to store the damage he would have been dealt into a devastating attack, doing 1d6 per 10 feet fallen.

Break the shield: this allows the caster to overcome any shielding or protection based spell through the use of their strength.

Block the spell: by interposing themselves between a targeted spell, area of effect spell, or spell like abilities and their allies, the caster can mitigate the effects or unravel it by using his weapon(s) and/ or shield to stop its harmful effects to their teammates, taking the damage / effect if not dispelled. The character still gets a save on the amount as per normal.

Earthquake: as per the spell, causes the ground to shake.

Haste / Expeditious Retreat: allows the caster to move around the battlefield more easily. Who knew such stout/ well-muscled people could move so fast?

Hold Firm: allows the caster to act as an immovable rod or perhaps “Hold person” as if cast on self.

Kinetic Rebound: When a character under the influence of this spell is hit by an attack, those attacking are pushed back 10 feet for every 6 damage dealt and dealt reciprocal damage. If the creature in question can’t be knocked back due to a class feature, spell, spell effect or physical blockage (such as a wall or another character) s/he takes an additional 1d6 damage for every 10 feet s/he would have traveled.

Knockback: by clapping his hands together, the caster causes others his size or smaller to go flying or to be knocked prone.

With all these advantages, there are a number of drawbacks for these casters.

Strength Based Magic Users In the world

There aren’t any organizations that train SBMUs in the world. They figure out what they can (or can’t) do on their own. Occasionally they’ll be recognized and called out as Strength Mages. One way a clever DM might use them is to have a smarter or more charismatic one be the leader of an organization that opposes the use of magic in the world. A way to introduce them to the world would be to have the PCs run into a NPC with these abilities.

SBMUs are not restricted to their personality or alignment. They can be friends, foes, or something in-between.

With these ideas on the strength based magic users, why not try to create this class to use in your own game.