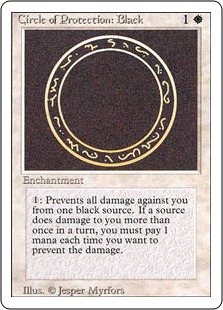 Last time we started looking at Patternists, or as they’re often called the Weaver Witch. This will finish the discussion on the topic

Spells work as per normal, except with the following changes to them: 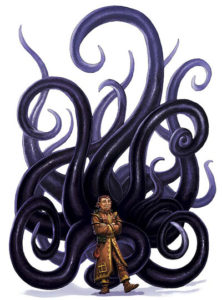 he “standard” version of the spell, this is not reliant on HD/ level, though the target will get a save, as per normal. If the pattern/ weaving is removed they will be able to awaken.

Charm Person/ Monster: Unlike the spell, the pattern may still subtly influence the person even after the effects were to normally have worn off.

Symbol/ Ward (Protection): as per the spell, except the following: all symbols is automatically reset every 24 hours until the weaving is destroyed. Furthermore, unlike a traditional Symbol, the Weaver Witch can weave a separate item when worn that will deactivate the symbols in its presence. If there are several such woven symbols scattered throughout a site, one item can be keyed to turn all of the symbols off.

Entangle/ Evard’s Black Tentacles: as per the spell, but number of targets is limited by the amount of yarn/ rope the witch has access to.

Special Materials/ Equipment for the Weaver Witch to Use 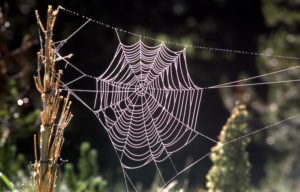 Giant Spider Silk: This silk can be used for anything the Weaver Witch is weaving with the added benefit that it has a hardness of 10, 6 HP, 25 DC to break. The drawback is that anything made with it is quite flamable. There are also spider silks from spiders that ingest adamatine which greatly increases the strength of the webbing to a hardness of 30, HP 18 and 40 DC to break. Phase spiders silk has the added benefit of affecting eteral creatures.

Portable loom: allows the character to do their work wherever they happen to be. Loom can be set up or broken down in as little as 10 minutes, and a compartment inside stores whatever project(s) the Weaver Witch is working on at present. Weight 10 lbs for a basic extendable 5X10 frame.

Weaver Witches are well-known for their weaving ability, so it’s no small wonder that they have perfected the making of various magic items. The following is among the types of items that she might have in her repertoire (Roll a 1d10):

Next week sometime, I’ll be posting a list of custom magic items on my blog, located here. and will update this posting when I do.

With all these advantages, there are a number of drawbacks for these casters.

Weaver Witches In the world

There aren’t any organizations that train Weaver Witches, though on occasion one will take a particularly gifted weaving student under her wing to teach her. On great occasion a group of Weaver Witches (sometimes called a Weaving Coven) will get together to work greater magics. Weaver Witches typically work behind the scenes, preferring to charm others into doing their bidding. If confronted directly, most of the time, they’ll attempt to delay their enemies with woven trap spells and escape.

Weaver Witches are not restricted to their personality or alignment. They can be friends, foes, or something in-between. Should a Weaver Witch follow any sort of gods, she typically will follow ones that deal with weaving, textile making, spiders, and/ or fate. But not all of these gods are kindly or good.

D20 Adventures for the Weaver Witch

With these ideas on the Weaver Witch, her abilities, and her adventures, why not try to create this class to use in your own game.