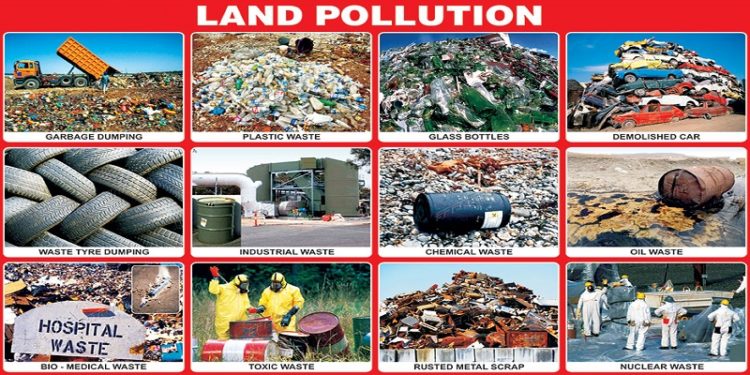 Pollution is a real world occurrence that has serious consequences, both in terms of exposure to it, but in its effects on the air, land, water, and even magic of the world. Last time we discussed how to use pollution in your game. This time we’ll examine different types of pollution that might be interesting to use in your game.

Before we begin, let’s define pollution as the introduction of contaminants into the natural environment that cause adverse change. These contaminants may be caused by technological, magical, or divine in nature and, may in turn, affect each of these selfsame things . It should be noted however, that the components of pollution, can be either foreign substances/energies or naturally occurring contaminants.

1. Radiation: This can come from something like a nuclear bomb, a space ship that crashed, or a damaged nuclear power plant core.

It can also come about from naturally occurring radioactive substances, gasses, or liquids. Natural exposure to radiation can also be brought about by such things as sunlight, mining activities where the radiation leeches into the soil, water, or air, and maybe even affect the nature of magic itself, either by canceling it out, or giving those exposed to the radiation new powers while they’re in the field.

2. Noxious fumes: These can come from the ground from volcanic shafts, industrial areas, or the result of cleaning chemicals being mixed together (one classic real life combination NOT to try at home is bleach + ammonia = mustard gas) 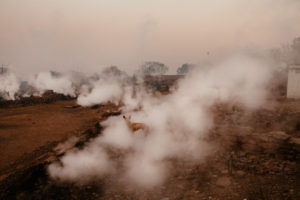 3. Bad air, a similar idea, can come about due to being stale. When there’s no fresh air to circulate old gasses out and new ones in, bad gasses can build up and make it unsafe to breathe.

4. The vacuum of space is another type of pollution that can exist in your game. This is especially insidious if the ones trapped in an area that doesn’t have the ability to either create new air or somehow protect themselves from this hazard. Much of this danger is due to a lack of pressure, which is discussed here. This is much less of a problem if your game is a spacefaring one, complete with proper protection.

5. Steam/ superheated gasses is another thing the can pollute an area because of the fact that it can make it hard to breathe, see, or even tell where one is going. This can show up in volcanic vents, power plants and other industrial areas that use steam to turn turbines, and inside spaceships where water and electrical elements may run in close proximity to one another.

6. Light pollution is a classic pollution of the modern age. Due to its omnipresence, we never think of looking up to the night’s sky. But this can be a problem in the case of alien invasion that takes place at night. Light pollution could also be problematic in a setting that is exclusively underground, and the residents need darkness to see, as too much light would effectively blind them

7. Sound pollution is another modern day menace. Its danger lies in the fact that over time the constant noise can deafen people by continuously shaking the little hairs inside their ears.

In a fantasy setting sound pollution might look quite a bit different. Consider creatures that have sonic attacks using them in a perfect natural echo chamber. With the proper set of circumstances, the echoes would continue to circulate, and damage anyone or anything that it came in contact with.

Another way this might work is that something that has a sound based attack uses a canyon as a megaphone to amplify its effects. What would the players do if that’s the only way they can get to where they are going is to travel through such an area?

8. Land Pollution I: This land pollution affects the very structure of the ground by making it unstable. Walking on it is a hazardous proposition at best, and Russian roulette at worst, in that the PCs never know if the ground underneath their feet will turn to sludge/ quicksand. Just a 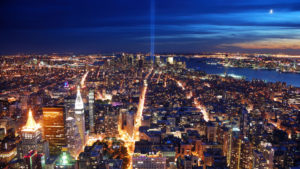 s quickly as it turn into that state, it can turn back, effectively entrapping them.

9. Land Pollution II: This land pollution affects anything/ everything that grows there, making it unhealthy to eat. Anyone who does so does not gain the benefits of it, and may actually become sick by doing so if they’re sickly as it is. Most of the time such pollution is caused by long forgotten industrial sources.

10. Land Pollution III: Salted Ground is a particularly nasty thing that armies do in order to make sure that after they leave, if they aren’t going to stay in the conquered land, then no one else will be able to do so either. It can take anywhere from years to generations for land to heal itself after such an event takes place

11. Extreme Environmental Pollution: This pollution is so prevalent affects everything about the environment: the air, the water, the very soil that one walks on. Creatures exposed to this level of pollution after a certain amount of time have difficulty doing much of anything, as the environment itself zaps their energy levels, desire to anything, and health. This type of pollution may be caused by negative energy, evil magics, or high intensity industrial pollution.

12. Electro-Magnetic Pollution/ negation is pollution that affects an area’s (or sometime an entire planet’s) magnetic fields. In a city this might show up from an excess of metallic structures interfering with standard compasses. Conversely, it might arise from a solar flare.

In this type of a field, there may be random lightning strikes from a clear sky, any sort of technology that relies on magnetic or electronic workings is disrupted including, but not limited to cellphones, computers, really anything reliant on the entire electric grid. Animals that use the planet’s magnetic field are hopelessly lost. On earth the “Bermuda Triangle” may be such a location.

13. Disease: a plague, mutagenic hazard, or evil corrupting influence may have swept through the land, thus making itself unsafe. In cases like this, it’s only a matter of time before anyone so exposed to the area succumbs to it, unless equipped with special gear. Even if so equipped, any sort of damage to the hazmat or other protective suits makes them much less effective or it’s as if they aren’t being worn at all. Can the PCs get through the area before anyone is adversely affected?

2 In-Depth Examples of Pollution in your game

Rusty Death: the metals weapons and armor that the soldiers were sent into battle with were treated with a necrotic compound that caused them to start to rust almost immediately. The soldiers in this war didn’t know that their weapons were so treated. As the invaders were slaughtered, the defenders didn’t think anything of it. Unfortunately, the kingdom bent on conquest had a much more subtle plan.

The defenders didn’t think anything of leaving the bodies of their slain foes where they lay to rot. As the bodies rotted, the rust caused them to raise as undead rusty red skeleton warriors. Most of the time, these red skeleton warriors are inert until someone comes along and disturbs them, where they come to unlife again. Attacking anything with metal on it contaminates the metal, and when the skeletons are destroyed, they explode into a cloud of red dust, contaminating both people and metal. Anything that breathes in the red dust slowly suffocates, if not treated. If it dies, the body quickly rots, spreading more of the dust, leaving behind another rusty skeleton to spread mayhem.

The Creeping Grey Waste: is a ground hugging fog that slowly changes, and mutates its victims, altering them to its will. This was the result of a mishap that happened at a military manufacturing plant that was trying to create a vitamin formula to enhance the soldier’s senses. The explosion sent the grey waste into the public at large. Unfortunately, up to this point, all efforts to contain or blow away the “waste” have failed, but only made the problem worse.

The changes that the waste makes are so subtle, at first, those who are affected by it don’t notice anything different, except for the fact that colors seem more vibrant, smells seem stronger, or they can hear things that they normally were never able to hear before. Sometimes they have cravings for things that are not usually eaten such as leather or metal. Other times they seek out new and interesting sensations.

As time goes on, the sense that is enhanced takes over. For ones that can see better their head enlarges to accommodate larger eyes or their ears enlarge to be oddly out of proportion to the rest of their bodies. The face of the ones who can smell better starts to look like some sort of animal that has an excellent sense of smell like a dog or pig. For the ones who seek out new things to eat, their jaws become changed, with teeth to match their new appetites. The ones who seek out new sensations start to have elongated hands or flaps of skin connected between their arms and legs to enjoy any sort of sensations they might encounter. None of these changes are particularly alarming to the people who are experiencing them – though others may comment on the changes.

At this point, if they are removed from the area, and stay out of it, they are able to return to their normal selves after a few days. However, if at any point in the future they are returned to it, their original symptoms quickly return and advance to more advanced levels of progression.

If allowed to continue, the victims of the grey waste seek out areas that allow them to experience their new senses much more fully. For instance the ones with enlarged eyes will seek out interesting patterns and colors, strobe lights and light reflected off of disco balls. Those with enhanced hearing will seek out loud music, as well as sounds that are at the edge of their hearing.

At this stage, the victims typically abandon any sort of semblance of normal life, and may actually become violent if forced to leave it. If given an antidote, they will come back to normal, but it may take weeks or even months for them to do so, all the while they want to go back.

The third stage is the final stage, where they are no longer human, and the process at this stage is irreversible. They glory in the particular sense that they have been “gifted” with, violently attacking anyone or anything that does not match their vision. When they injure someone there’s a chance that the person so injured becomes the next victim. Also, when a victim dies, if the body is not burned within a few hours, it explodes, creating more of the grey waste.

With all these ideas on interesting types of pollution to use in your game, there’s no excuse to have a humdrum encounter with it!

There will be one more article on pollution sometime in the (reasonably) near future.

Tribality Publishing – Through Their Own Eyes