Travel Methods in Your Game 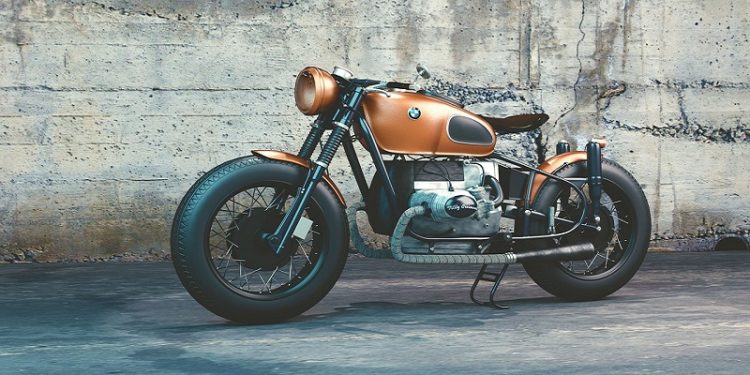 Most games consist of characters walking from place to place. Perhaps they’ll be riding mounts or riding in a wagon. Or even on occasion, they’ll fly to get over gaps, teleport, phase through objects, etc. The problem with these methods of transport is despite the characters having these abilities, they just don’t come into play all that often. Why not make them a more integral part of the gameplay?

Characters walking from “Point A” to “Point B” is pretty much the “default” for most tabletop RPGs. Most people aren’t going to be bringing their horses into a dungeon. That is until the characters reach a high level. But by that time, they have many other ways of getting around obstacles. Furthermore, at low-level, even smaller mounts like riding dogs aren’t too practical to bring. Are you going to want to ask your companions to cast “fly” on your riding dog so it can get over the bottomless pit?
Walking at surface-level may seem so commonplace that it doesn’t merit mention. However, there’s a bit more going on with this movement than one might think. In real life, I’m a quite clumsy person. Add to that fact I have weak ankles, prone to twisting, sprains. What this means is that holes, unleveled areas, or misstep risks me taking a nasty fall. To compensate, I’ve developed a keen ability to catch myself on nearby objects to avoid a fall. Because most places characters skulk about aren’t level, DMs should ask players to check for balance every so often. Failure can mean they trip or kick a rock that makes a horrible racket, attracting monsters.
Unlevel surfaces and holes aren’t even the only hazards. Working in a museum, I saw people routinely tripping over stanchions and art display platforms, and falling up (or down!) stairs. Even if they didn’t fall, the patrons still had to catch themselves. Anything that isn’t immediately noticeable in line-of-sight may be a falling hazard. Add to that wet, slippery, or sticky surfaces, and even smooth, level surfaces can be hazardous.

Characters riding from place to place is so mundane that it almost needs no mention. But keep in mind there are other factors in play. Unless they’re a character like a monk or wizard, characters don’t ever seem to take off their armor. If DMs want a more realistic campaign, characters who don’t take off their armor at regular intervals may suffer consequences. In 5th ed D&D, these consequences might be suffering from a level or two of exhaustion. This level or two of exhaustion won’t go away until the character spends a night without armor. In these circumstances, while traveling overland, characters might decide to wear lighter or less restrictive armors.
Because you’re dealing with an animal, there are a few other factors to consider.

The power of flight is the penultimate method of travel in fantasy games. How will you represent its power? Does the character have wings, like Hawkman or some half-dragon species? Or do they have some sort of gravity-defying power? Maybe magic holds them aloft. Perhaps instead of flying, the character “leaps over tall buildings in a single bound.” Or they could be gliding, using updrafts to maintain the illusion of flight, or as Buzz Lightyear said (Toy Story Franchise) he was “Falling with style.” However flight is represented, each character’s ability should be unique.

Riding in a vehicle – be it a wagon, train, plane, boat, or car, there are a few considerations.
The first consideration is the vehicle’s speed. How fast is it going? If there are other vehicles in the vicinity, how fast are they going in comparison?
Another factor to consider is the noisiness of the vehicle. How noisy (or quiet) is it? If it’s loud like a motorcycle, will the characters need to take a different route to avoid notice?
Then we need to consider the vehicle’s stability. Can it make hairpin turns going at full speed, or does it need to slow down considerably to avoid tipping over or overturning?
A further consideration is the surface medium. Roads may have potholes, cracks, rumble strips that may slow vehicles down. Oceans have waves that affect how steering a boat works. Train tracks deal with expansion and contraction with the elements that affect how fast the train can go. Should the material expand or contract too much, it may cause the train to derail. Even an airplane can have instability in the medium it is traveling through, hence air turbulence.
Then there’s the consideration of the vehicle’s controls. How easy is it started? Is it relatively simple, as a car’s ignition switch? Can it be easily hotwired? How easy is it controlled? Are the controls simple, or are they so complex it requires an entire crew? How large is the vehicle? How much distance does it take to maneuver? Or is it like a mecha, requiring unique training to make sure the characters can pilot it effectively?
Finally, vehicles using other methods of locomotion than animals to propel them use fuel. In the real-world, this fuel is carbon-based. In a magical setting, the fuel might be ley-lines, trapped elementals, or even souls.

Other Notable Forms of Transport

There are a few other notable methods of transportation that are useful to note in your games.

Travel is an integral part of tabletop RPGs that is often hand-waived, but it doesn’t need to be. Each step along the way could be turned into a way of shaping the world. Use these tips to make various forms of travel – and the consequences of using each more of a part of your game!

A Guide to Roleplaying Elves