I Was Travelling the Planes and I Found Dragons, Part 2

Hi again. This time we are looking at the Elysian Dragon, one that is often looked down upon by other dragons. Is their reputation as alcoholics deserved? You be the judge.

Drunks. Elysian dragons are known as gluttonous drunks, or as the dragons of festivity. Elysian dragons will often hold parties that last for days – or even longer. Elysian dragons strive to make each celebration last longer than the one before. Due to their prodigious drinking habits, they often fund wineries and bars. Even their breath weapon is a representation of their drunken nature, with some people reporting it to sound like a belch.
Small hoards. Due to the rowdy parties they throw, the hoards of Elysian dragons are often mere shadows of other dragon’s hoards. As well as the usual gold and silver, their hoards often consist of foodstuffs and alcoholic drinks. Some of the most common foodstuffs in their hoards include cheese, cakes, wine and ale. Foods with long shelf lives, or that mature as they age, are choice favourites. Several elysian dragons also have their hoards in forms of property, such as taverns and breweries.
Dangerous gamblers. Particularly when elysian dragons get drunk, they are prone to gamble. The bets they partake in can vary from a game of cards to the outcomes of wars. The stakes of the bets also vary greatly; there are stories of them betting bottles of fine wine, while other tales tell of them wagering their entire hoards. The details of the bet don’t necessarily match: high risk bets may be made for minor trinkets, or low risk wagers for substantial gains. 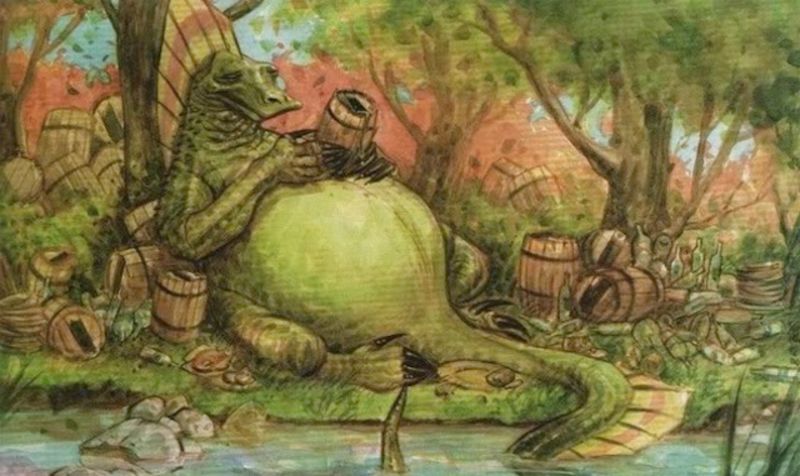 All effects end as soon as the dragon dies.

Dragonborn. Elysian dragonborn have resistance to thunder damage, you also have a breath weapon that deals 2d6 thunder damage in a 5 by 30 ft. line (Dex. save).

Now that the drunks are done, let’s move on to the nightmares of all PCs: dragon rust monsters.

Want volcano with it?

Using Tokens in Your Game, Part 2