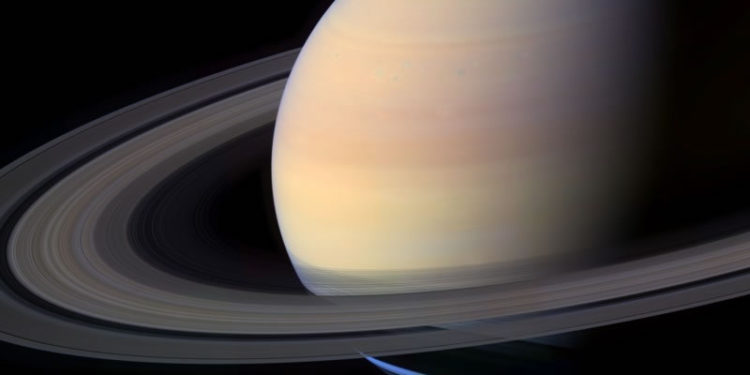 Inspiration can be gathered from looking at the larger planets in our solar system as locations to visit in your games. If you don’t want to modify your own world too much, you could have the PCs visit an interesting moon or demi-plane for a quest series.

Fact: Simply huge with 67 moons, never mind going to other planes, plenty of places on the prime material to checkout.

Idea: Maybe civilisation kept spreading out and no one has gone to the original homeland in centuries? What is there now!?!

Fact: Jupiter has a massive atmosphere, around 3000 miles.

Fact: The rings of course! Miles and miles of orbiting rocks of various sizes.

Fact: Interior of Saturn is hot, causing the surface to gain most of its warm from the core instead of of the sun.

Idea: Journeys to an ice realm or cold area would mean going up in atmosphere, not towards the poles. Since it is cooler higher up, cities & nations could be built by altitude not latitude.

Fact: Orbits the sun every 84 earth years. So if you put seasons in it they will either repeat or last a very long time.

Fact: the Core of Uranus has massive pressure.

Idea: Substances that are normally hard solids will be liquid. So there could be marble lakes or diamond rivers. Creatures the evolved here may be elemental or quasi elemental.

Fact: Icy planet, with rock beneath.

Idea: So you could make the Underdark upper layer all ice, and scrub plains on your world can be tundra… the arctic poles could take up 25% of the surface, you’d have to ramp up the number of arctic variants of standard creatures, eg arctic dwarves, ice lizards, frost ravens. Bring on the Tauntauns!

Fact: One of Neptune’s moons is spinning closer to the planet where it will break up over time.

Idea:  As a moon descends over a year it causes strange effects on creatures, magic, weather or all of the above.

Fact: Had a storm the size of earth that lasted for five years. it frequently has winds over 600 mph.

Fact: Has a retrograde moon – this means it spins anticlockwise if the planet rotates clockwise, often this means it was a comet/asteroid that was captured by the planets gravity long after the planet established its orbit around the sun.

Idea: You could have a moon created/teleport there by some powering being for some purpose…

I was Travelling the Planes and I ...