I was Travelling the Planes and I Found Dragons, Part 3

Previously I’ve been making lots of benevolent dragons, so this time I’ve had a go at making an evil dragon for the PCs to kill.

Rusting fiends. Native to the infernal battlefield of Acheron, they are beasts of rust and decay, and are described as the very body of corruption. Several sages suggest that these beasts are related to rust monsters, but this is dismissed as the gibbering of madmen, as there is no link other than their rusting abilities. Not only does their breath destroy metal but their skin is covered in a thick liquid that also destroys all metals.
Pitiful hoards. Due to their inability to collect metal treasure such as gold and silver, they will hoard strange, but none the less valuable, items. The most common hoards will have beautiful statues made of wood and stone. Also tapestries have been recorded, being made of cloth they escape the corrosive effects of the dragon’s body. Jewels are also known to litter their hoards, though the metal clasps and fastenings that held them have long since rusted away. Occasionally there will be exotic furs in their hoards.
Foes of dwarves. Dwarves loathe these dragons with the utmost hatred. Occasionally portals to Acheron open in old unused shafts and through these portals, rust dragons come. If dwarves hear even a whisper of a rumour of a rust dragon’s presence, they will band together to kill the beast. Due to their heavy reliance on metal weapons, dwarves have developed very specialised tactics to deal with rust dragons without risking lives. The dwarves will isolate the threat in a single cavern and then collapse all the connected tunnels on the dragon, hopefully crushing it. If that fails, the dragon will die from starvation. Some dwarves will set out on their adventuring career determined to find new methods to subdue this menace. 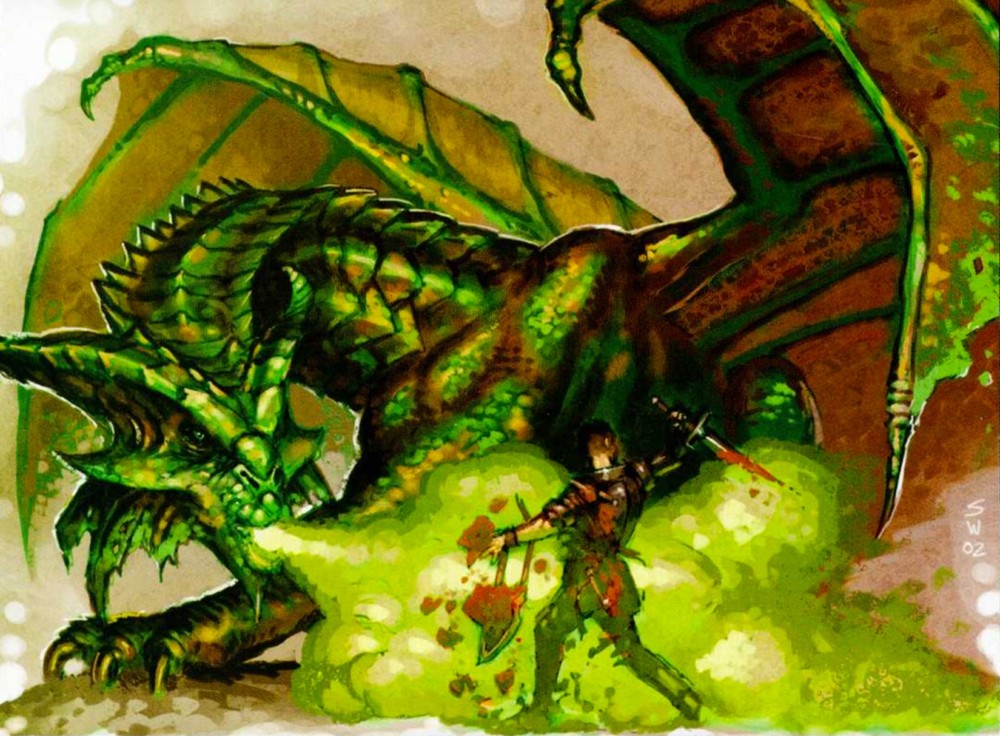 LAIR ACTIONS
On initiative count 20 (losing initiative ties), the dragon takes a lair action to cause one of the following effects; the dragon can’t use the same effect two rounds in a row:

All effects end as soon as the dragon dies.

Dragonborn. Rust dragonborn have resistance to acid damage, you also have a breath weapon that deals 2d6 acid damage in a 5 by 30 ft. line (Dex. save).

Now those living nightmares are finished, we’ll move on to pyroclastic dragons, beings of rage and fire.