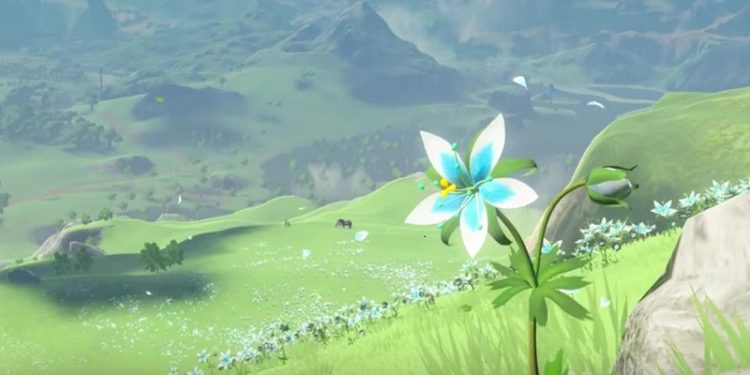 (Author’s note: this was a thought experiment to see how plants and plant parts that are used in everyday life could be incorporated into a game. This is part 1 of 3)

A world’s flora can add interest to a world by giving adventure, depth, and flavor to the world. Unfortunately, it can be far too easy to bypass this detail in your gaming world by excluding how interesting and amazing plants and even sometimes their individual parts can be. Here’s the first 10 ways of using plants and plant parts in your game.

To begin with, let’s start this article with the understanding that it is going to play fast and loose with the concept of what plants are. Mushrooms (even though they’re fungi), seeds, pollen, stems, and the entire plant itself, as well as coral (which seems to be something between a plant and an animal) and seaweed may considered to all be fair game for these articles.

In Zelda, the Breath of the Wild, the white Silent Princess flowers’ return coincides with the defeat of Ganon. The theory in the gaming community is that Ganon was taking power from the land, thus making the Silent Princesses disappear. With his (possibly ultimate) defeat in the game, they are finally able to return. In your game, perhaps there could be a prophecy concerning the emergence or return of a specific plant due to the rise in power of an enemy or the defeat of an enemy. If you want more ideas on running prophecies in your game, see my article here. Keep in mind that the mention of the flowers can be something that is mentioned almost as an afterthought, but could be the key to the whole prophecy. Consider something like “When the pollinators die, the specter of famine looms large on the horizon as the world’s countries prepare for final war that will decide the fate of mankind” for a modern day or pose apocalyptic setting.

In real life, saffron has often been more costly than gold. If the PCs discover large quantities of saffron or some other rare, valuable plant commodity trading hands, they may be right to be suspicious that something else is going on and investigate further. Illegal drugs also fall into this category (see below). Maybe this drug is something that actually heightens the user’s ability to perform magic, but addicts them to it in the process. 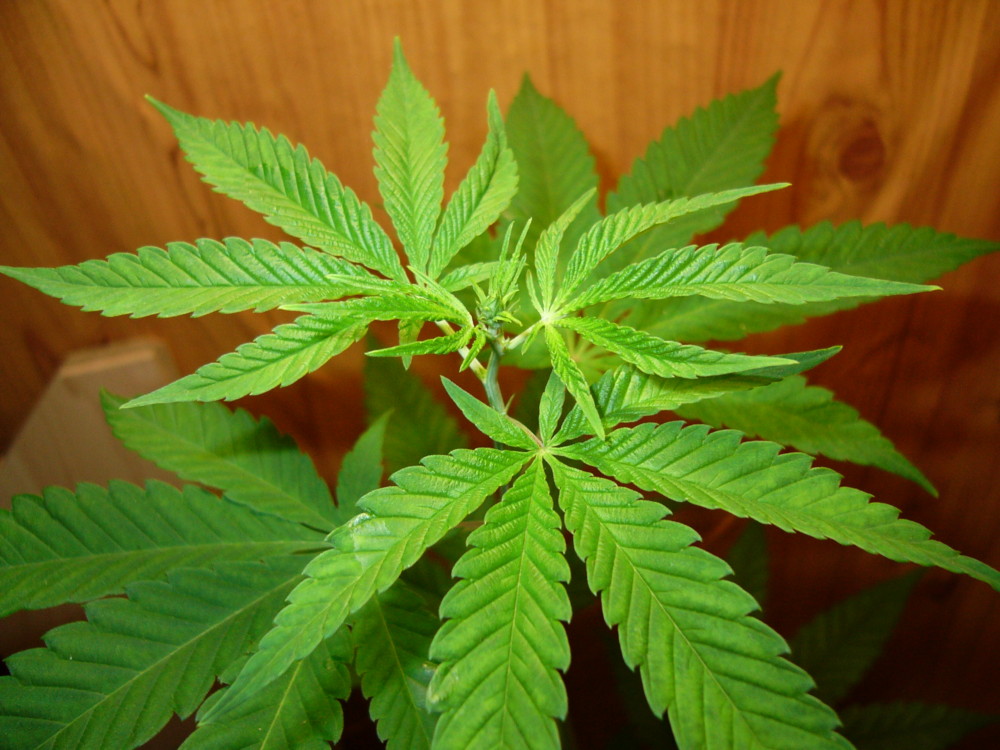 Cocaine. Heroin. Opium. “Weed” (Marijuana). Aspirin. Nicotine. Caffeine. All these drugs and more as seen here are able to help out people with their problems. These problems can be anything from diarrhea to cancer, wound healing to muscle relaxants, anti-inflammation medications to poisons, constipation to mind altering substances and everything in-between. Even though they’re not typically classified as drugs, plants can also be used as the basis of natural pesticides, herbicides, and repellents or poisons to animals. Maybe someone in the story needs the PCs to find a particular rare (or just not readily available) plant to make a cure, produce a potion, or spell component. A historical note: the Salem Witch Trials may have been sparked by the entire community consuming rye which was contaminated with Ergot – a primitive form of LSD.

To continue with ways that plants can affect the body. Aphrodisiacs are plants that supposedly get people “in the mood” for sex. Many plants and herbs promote healthy blood flow. Anything that promotes blood flow anywhere else in the body will also help to promote a healthy love life as it is vital to the lovemaking process. Maybe in your game a NPC is having *ahem* performance issues and the local herb witch sends the PCs to collect some plants for the +strengthening+ potion. (Whether or not a particular food (or group of foods/ herbs, etc. or a potion) actually will make the other person stay with them in the long run is another matter entirely.) On a similar note, the ingredients to a love potion might very well be mostly or entirely plant based.

This is the most overlooked way that plants can be used. There’s blackberry bushes. Harvest them for a portable snack. There’s apples on a tree. Pick them. What’s that fern looking plant? Oh, it’s some type of herb? Hang it from your backpack to allow it to dry and add it to your cooking. Maybe have one of the players have a guide that helps them identify which plants and fungi are best edible and which are left alone. You can find out real life foraging information here, here, here, here, and here to give you some guidelines and as inspiration. There are a few spells that can not only identify what’s around the PCs to eat, but help locate it for them as well. 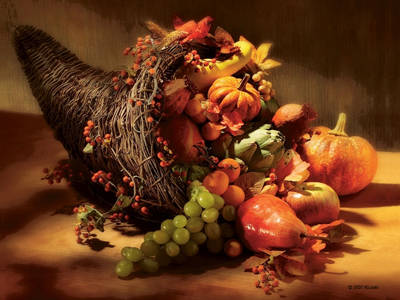 Also, don’t forget sugar – made from sugar cane, beets and nowadays from corn in the form of high fructose corn syrup – the health problems of consuming too much are so many and varied instead of writing an article, this would turn out to be a book! It’s said that sugar is more addicting than hardcore drugs because it affects the pleasure center in the brain. In today’s culture sugar is ubiquitous, but in other times it was not, and actually something to be sought out. Maybe in your game someone’s learned how to make refined sugar, but altered it so that those consuming it go crazy and mutate somehow. It doesn’t necessarily need to be everyone, it could simply be members of a specific race, or even a particular lineage that is affected this way. Since refined sugars aren’t widely known, it wouldn’t be considered a threat. In a modern day setting this would simply be viewed as hyperactivity and too much cellular reproduction, i.e. cancer.

As a sufferer of an unusual plant based allergy, as well as experiencing negative reactions to common allergies such as poison ivy, oak, and sumac myself, I can attest to knowing first hand that exposure to plants that trigger such reactions are not a pleasant thing. Knowing which are bad for PCs are vital for their survival, particularly if they have a flaw which reads: allergies flower (daisies) or some-such. If the enemy can get ahold of that information and shove a bunch of said flowers into their face, they’re in trouble. Typical symptoms include: itchy and watery eyes, sneezing and difficulty breathing, and at times, even a rash. If the allergic reaction is severe enough, death may occur, if symptoms persist over long enough a period of time. In FATE this could show up as an aspect. In 5E D&D, it could show up as a disadvantage to all rolls as long as it’s present. Though in the case of pollen it doesn’t need to be directly present. Maybe someone could create a spell called pollen storm, as that’s what most people are allergic to begin with. As a further thought in addition to having physical symptoms, there could be psychological ones as well, in that exposure to certain plants has caused them harm in the past and therefore they have a phobia regarding being around them, even if they’re not physically affected at the moment (i.e. they’re protected somehow from it – either through inoculation or via a spell or technology that makes them immune to its effects temporarily.)

7. As a Parasite or Symbiote 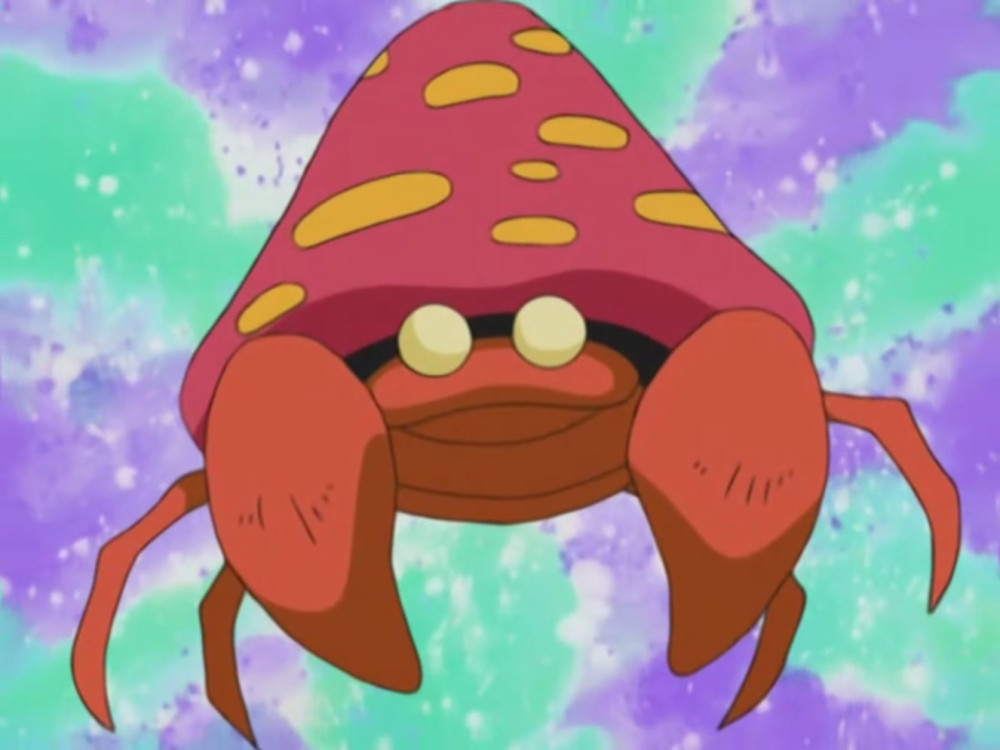 Science fiction (and science fact) is filled with plant creatures. For instance, in real life there’s the zombie ant which hijacks the brain of the ants to do its bidding. The Pokémon anime has Parasect which represents this. Another example is the sloth, which moves so slowly that moss grows on it. In D&D, you have the vegie pygmies, which do about the same thing. In Star Trek, the Original series the entire crew is almost taken down by a symbiotic plant that allows its hosts to live on an otherwise dangerous planet due to the amount of radiation that bombards it, and it exchange the only thing that it asks of its hosts is peace and tranquility. Take these ideas and adapt them to your world, and consider these others: Maybe instead of making its victims a zombie, the plant makes the host more sexually desirable and through mating it spreads itself from one host to another. Or perhaps it deadens the pain, increasing the host’s strength, and increases the host’s violent tendencies, so the parasite would do well in times of war.

8. As an invasive species to be introduced or fought

The idea behind an invasive species is that there are a number of factors that make it be able to thrive. For instance it could have the perfect climate, soil, and rainfall,  predators / natural enemies of, as well other factors that would normally inhibit the growth (or success) of said species. If you want a crash course on how invasive species work, check out this gaming video. [Author’s Aside: And if you’ve not subscribed to Matt Patt’s Game Theory YouTube channel, I’d advise you to do so. His content is excellent!]

Prosthetics are handy for characters who have lost a limb. Now mind you, there may be metal, plastic, and rubber (a plant in and of itself) parts to the prosthetic, wood, many times is the base of the implement. If a character has a specialized version of “anti-plant-shell” cast on them, any plant based items would be excluded from the field.

10. As a body replacement

The “Pods” from Invasion of the Body Snatchers

Watch the classic horror movie “Invasion of the Body Snatchers” for possible plot complications for your game. For those who don’t want to take the time to watch it, here’s a brief description “The film’s storyline concerns an extraterrestrial invasion that begins in the fictional California town of Santa Mira. Alien plant spores have fallen from space and grown into large seed pods, each one capable of reproducing a duplicate replacement copy of each human. As each pod reaches full development, it assimilates the physical characteristics, memories, and personalities of each sleeping person placed near it; these duplicates, however, are devoid of all human emotion. Little by little, a local doctor uncovers this “quiet” invasion and attempts to stop it.”

As you can see there are many interesting and amazing ways that plants can be used in your game. Try to incorporate them into your game and if you’re able to do so, let me know how it turned out. As always, feel free to like, comment, and reshare!

I was Travelling the Planes and I ...

Get to Know the Morrígan