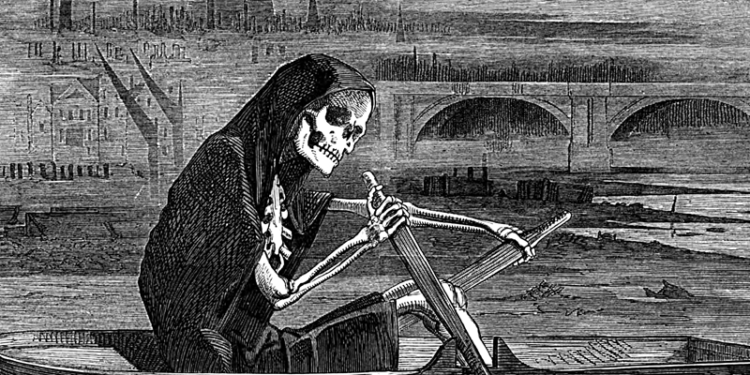 If you are anything like me, you don’t have unlimited time to play games. While I play and run several campaign-style games, the nature of the players – most adults with at least one child – means that scheduling goes haywire. We miss several sessions in a row. To that end, we schedule one-shot games in order to allow the people who can make it to be able to play something without worrying who else can show. This is true for holidays where other people who can’t normally play are able to play, as well. My preferred system of choice for doing this isn’t D&D, Pathfinder, Star Wars, but rather an even further stripped down version of 3:16: Carnage Amongst the Stars – an already very sparse game. With Halloween right around the corner, what better a time to revisit the system and provide a ready-to-run one-shot for people looking for something different? Please find for your reading pleasure Return to Camp Adonis – A Halloween One-Shot.

3:16: Carnage Amongst the Stars centers around playing a space marine as seen in Aliens or Starship Troopers. As written, you travel from planet to planet conquering the threats you face, killing your way to victory. Afterwards, you play out a military drama in order to jockey for character advancement – which not everyone gets. However, I have literally never used it for that purpose. The players were survivors in a zombie outbreak, a news crew reporting on a kaiju, a group of kids hunting the tooth fairy, characters stuck inside a videogame, and investigators in a Scooby-Doo-esque Lovecraft game. So why use the system – or a modified version of it – if I am not going to play the system as written? The rules are so incredibly simple and fast to get into. Let’s see how few bullet points I can do it in right now!

That’s…pretty much it for the basic rules. You can play a complete game – as a player – with those rules without issue.

The only thing I left out are flashbacks, which are great but can be left out if you just want to get people involved super fast. Each character has six flashback slots. You must alternate between positive and negative flashbacks, and cannot use declare more than one flashback per session. Once you are out of slots, you can never declare another flashback. A positive flashback allows you to tell a story of something that happened in the past that explains why you can turn the current situation from a bad one into a good one. After doing so, something positive happens in the scene. A negative flashback is similar but allows you to turn a bad situation for everyone into a better, but still bad situation. Instead of the entire party being killed, you could explain you sacrifice yourself for your friends no matter the cost, and you would end up being taken hostage or somehow removed from the scene – but not killed – but it makes the situation better for all other players.

Still not the most complex ideas in the world, but it’s easily as complex as the rest of the above. I tend to include it in sessions that are going to run for over three hours, and drop it for sessions less than three hours.

GMs only need to worry about slightly more than players, and that’s just to govern creature abilities. Each creature type presented possesses one unique ability. This might range from leaping several ranges as part of an attack, spitting acid, having a point or armor, ambushing – requiring a Non-Fighting Ability check to prevent them getting one free attack round, burrowing, flying, etc. For the zombie game, there were special zombies that mimicked the abilities from Left 4 Dead – spitters, smokers, boomers, and hunters. The game isn’t really built to handle “boss monsters,” but you can modify that easy enough by more or less just turning it into a skill challenge to get a number of successes to defeat it – maybe letting a success count as two successes depending on the weapon.

The premise of the one-shot is as simple as the rules. A group of high school or college age students working on a project for their film class decide to venture to fabled Camp Adonis on the 25th anniversary of a string of murders allegedly took place. The camp is now the stuff of urban legend. This is particularly true of the supposed killed, the Boatman. The Boatman is typically described as a hooded figure who arrives in a boat on the lake and kills his victims with a scythe.

The students decide to investigate the legend and spend a weekend in the camp, documenting the experience for their class. The camp possesses hazards all over the place – rusting equipment, snake/spider infestations, buildings falling apart, etc. As the weekend progresses, the students find evidence that the legends might be true…and that some sort of cult is out to summon the Boatman – as they may or may not have done twenty-five years ago. Can the students escape from the camp with their lives?

The cast of characters (all names intentionally gender neutral):

If you have fewer than six people, I would recommend dropping Jesse, Hudson, and Aiden, in that order. If you need more characters, feel free to just add additional film crew and actors. As you can see, it’s not difficult to create characters in this system.

Environmental challenges are Non-Fighting, Fighting, or Flexible challenges. Running through the falling apart mess hall could reasonably be Fighting or Non-Fighting to succeed, the same with breaking into a locked door (picking vs. smashing). A Non-Fighting challenge be swimming to safety after a rickety bridge inevitably gives out. An example of a Fighting challenge could be moving obstacles out of the way in the barracks or clearing out a path.

Strictly Non-Fighting challenges would revolve around solving the central story and discerning what exactly is going on. This is also the realm of talking to random hobos, crazy locals, and hermit campers that never actually left the camp. Interrogating a cultist would be well within reason, too.

Physical threats would come from three areas: animals/insects, cultists, and the Boatman. Dealing with a rattlesnake, wolf, large cat, spider infestation, or other random animal encounters is a staple of the genre. The animal allows the group to question what caused it to behave this way – as the behavior is assuredly atypical. The cultists would largely be “dudes with weapons” – using the gender neutral “dudes” here – though allowing them the capability to ambush the students if they fail a Non-Fighting Ability check isn’t unreasonable. Feel free to toss in mystical mumbo jumbo if you want to give the story a supernatural twist – a cultist with horrific magic is totally fine (well, not for the students, but you feel me). The Boatman is a different case.

I would present the Boatman as a threat to escape from in every in which the Boatman appears. Defeating the Boatman can be on the menu, certainly. It just needs to be established early that the Boatman is a force of nature more than a physical being. Being shot, stabbed, having-a-house-collapsed-upon, should do nothing more than slow the Boatman down. There should probably be something that “permanently” defeats the Boatman. Sort of like how water, fire, etc. defeat some of our more iconic slashers. Going with some specific type of tree weapon – white oak stakes or whatever – might be a good call. It would rely on a mix of Fighting and Non-Fighting in order to solve that problem, after all. Still, that’s just a suggestion. You might come up with something cooler here, like holy water and you have to figure out consecration in the old camp chapel. Lots of options. That’s the whole point.

The above information is all you would need to run Return to Camp Adonis – A Halloween One-Shot. The average run-time for the session could be anywhere from two to four hours – going beyond that in either direction would likely feel too rushed or too drawn out. If it seems simplistic, it’s because it is. That’s the whole point of the system. The goal is to get out of your way and just let you start having a good time. It’s fast, dirty, and so far a rollicking good time for everyone that has participated in a session (around 30ish unique people I’ve run stuff for in the system). If you have people over and a few hours to spare, give it a try.

Xanathar’s Guide to Everything – Preview Updated