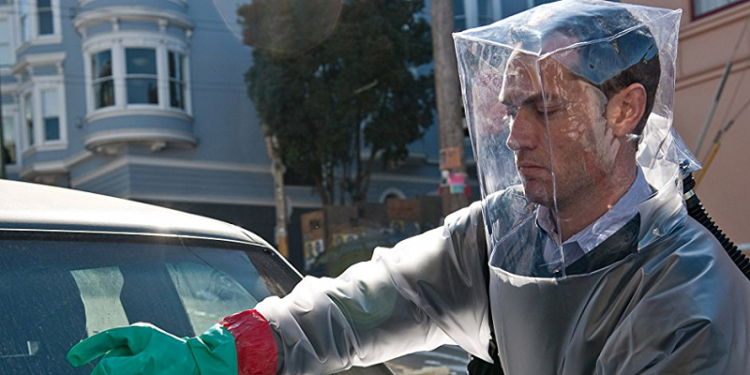 My absolute favorite game I have played this year – regardless of medium – is Pandemic Legacy Season One. This game was released in 2015, but somehow I only heard about it through word of mouth in the early part of 2017. Pandemic has long been a staple game in my house – becoming the default game we would play if we had less than an hour to kill before going to go do some activity or other. While newer versions with different characters, different rules, or even combative elements exist, we never get on-board with them. (For a number of reasons, competitive board games aren’t as popular as the cooperative ones with our board game group.) However, the creation of a legacy version of the game – much less one pitching seasons – is something we are totally onboard with. After all, the narrative excellence of Pandemic Legacy puts it much more in-line with the RPGs my group knows and loves.

What is a Legacy Board Game?

For the unfamiliar, legacy board games are an evolving game experience with a complete narrative. You modify the components of the game as you progress through the game, irreparably changing the board, characters, tokens, and rulebook. Once you play through the game, you cannot go back and play through the game again. While this sounds like a scam to get you to spend more money – I’ll talk about the monetization later – a “game” for Pandemic Legacy Season One is between twelve and twenty-four sessions. (We clocked in at seventeen sessions, for the record.) Each session takes around an hour and a half to play, including the set-up. Set-up does take some significant time, but that’s due to the mechanics of the legacy board game system.

The game is divided into months – beginning in January and ending in December. You progress to the next month on a win or two consecutive losses. The first time you lose each month, you can try it a second time. The more you lose, the easier the game becomes to win – ratcheting back down each time you win to a floor difficulty level. In order to win, you have to complete a number of objectives – typically with one objective being mandatory and selecting one or two of the remaining options in order to secure victory. The game doesn’t introduce new objectives half-way through a month, though you can sometimes complete an objective in the first half of the month and have it carry over. This isn’t usually the case, but some objectives are state-changes when you complete them – permanently altering a rule, adding pieces to the board, etc. On the whole, this creates a scenario where you learn from any missteps in the first part of a month in order to course-correct and complete the objectives on your second attempt.

The story of the game begins simply enough. You are one of five dudes* trying to save the world from four diseases sweeping the globe. This is the core Pandemic experience you know and love. However, one of the diseases grows beyond your control and mutates. It becomes harder – and then impossible – to cure. Then things really get bad. All the while, the rules continue to shift and change, working in tandem with the objectives to outline plot points and emerging story lines. For example, you have to go through some dangerous endeavors to unlock viral research, allowing you to play the virologist as one of your characters in a new session. Even if you choose not to play the virologist, you also unlock a series of other actions that allow you contend with the story changes taking place as a result of finding the virologist. It’s all fairly cohesive, if not necessarily the most unique story line in the world.

The thing is, it doesn’t matter if it is the most innovative or unique story in the world because of the way the game gets you to invest. Unlike a movie or novel, any game is going to be interactive by definition. Putting you at the forefront as tropes shift into different tropes provides you a unique experience that is lost by just observing. This is in large part because every month acts as an arc of the overall campaign, and serves as a Session Zero – the game creation session – for that arc.

During setup, board and rule changes occur, creating a new scenario for the month prior to the start of the game. This includes the introduction of new characters. When these new characters appear, you create relationships with other, existing characters. These relationships grant mechanical benefits, and add to the emergent narrative. The mechanical benefits range from being able to predict what is going to happen on your turn, to being granted an all-important extra action. They definitely make an impact.

The fact the group is responsible for naming all of the characters – and the diseases, for that matter – aids this investment. We found ourselves creating elaborate backstories to explain how two characters are related. Where they work together. Why they have an intense rivalry. As you also might expect, some players begin identifying certain characters as “their characters.” Only branching out if the objectives really calls for them to explicitly do so. We changed up the roster a lot, but I expect we might be the exception here. We actually rotated seven people through the game sessions. Those not actively playing assist in the rules or just hang out socially. I don’t have proof people didn’t swap a lot, other than the three groups I have spoken to who have completed. Those groups bear out this burgeoning theory, at any rate.

The reward mechanisms for the game also drive player investment. In a great design decision, upgrades are available to you at the end of every game – win or lose. No matter what, you are able to advance your board or characters – if not both of them. Some of the rewards unlock after you complete objectives, and others unlock in different months as the game progress. Of all of these, upgrading the process to cure a given disease is the most important. The game designers were smart there, as well. Eradicating a disease is never a mandatory objective, but you must eradicate a disease in order to upgrade the cure for a disease. It’s a bonus objective – some might call it a hard mode, but an obtainable one – that sets you up for success in later sessions you will play.

Now, some people might disagree with my next point. However, I think it was a fantastic decision to have the biggest twists come from one of these upgrade decision-points. It is  entirely player driven, and organic in a way that it wouldn’t be unless it was just completely randomized. Randomizing the event through any other method would feel even worse, in my opinion. No one likes when random chance bones you, but it’s not as if this decision occurs in a vacuum.

The narrative begins to spin a tail that should be familiar. The unease it generates manifests in the text of the game and the collective experience of the players. Before the decision came about, our group collectively knew something was up and things we going a little too well. We made the best decision we could, but I know some people are super upset about it. At any rate, it’s not as if this single decision damns you. Everything is recoverable and winnable, even if you make the worst blind choice possible.

Honestly, with as many mutable rules and moving parts the game has, it plays incredibly smoothly. Even some of the more fiddly bits aren’t that bad to maintain. The game does a fantastic job at communicating information clearly, and repeatedly. Each player has action cards in front of them. The rules are generally on the board, in addition to the rule book. The wording is always specific, answering questions easily. I think we had one instance of an unclear resolution across seventeen games. That’s incredible. We can attribute some of this to playing a lot of the base game, but not all of it. It’s mostly because the rules are that specific and tight. It’s that good good.

The only negative thing I can say is a few of the features are not as good as other features. It’s not like they are bad, wasteful, or punitive. They just aren’t as cool as the other cool things in the game you get to experience. I don’t include the cost as a negative in the slightest. The game is around $50, which might raise a few eyebrows. However, if you break it down by how many hours of entertainment that is – plus the opportunity that style affords you over traditional board games – it’s quite reasonable. Assuming an hour and a half a session, you are going to get around twenty-five hours or so of game time per person, and the game supports four players. That’s one-hundred man hours of entertainment at fifty cents per man hour. Not too shabby at all. Besides, it’s a group game for a group experience. Surely the team will pitch in a few dollars to defray the cost, right? I hope so, at any rate.

On the Next Episode of Pandemic Legacy

Pandemic Legacy Season Two has just released, and it sits waiting to be played in the new year. I am avoiding all spoilers. All I know is it is the post-apocalyptic future and builds upon the story from the first season. You do not need to play the first season to play the second, but it’s great world investment and continuity for those players who choose to do.That’s exactly what I want to see out of this – a chance to keep building and investing in a game that tells me a cool story and lets me interact with it. Sure, my group doesn’t role play the characters we play, but you could. As a lover of Contagion, playing an RPG version of that scenario using the Pandemic Legacy game would be fun. Dibs on saying “stop touching your face.”

Of all the games I played in 2017, Pandemic Legacy Season One is my favorite. I can’t wait for season two to have a chance to be my favorite game experience of 2018.

* Dudes is always gender-neutral with me. I’m a dude. She’s a dude. We’re all dudes.