Combatting the Far Realm: The Zodiac and the Celestial Sorcerer 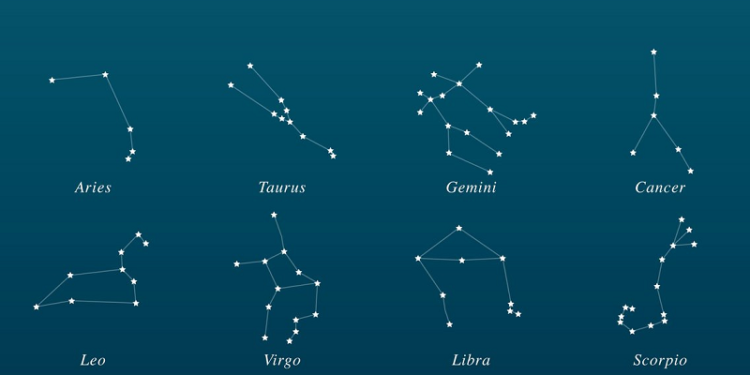 At the very tail end of 2017, my shoulder was replaced. As it turns  out, my shoulder was collapsing upon itself like a dying star and was rapidly becoming exponentially worse. I’m not a super old dude – just relatively old based on my interests – which makes the whole thing a lot more complicated. It turned out the surgery had complications and I was in the hospital a bit longer than expected. As such, I’ve been pretty medicated for 2018. I say this not for sympathy or empathy, but to set the scene for understanding my frame of mind. In short, man, I take a LOT of medicine. Luckily, I don’t operate heavy machinery. Unfortunately for all of you, my laptop is hella light weight. Which is to say, I apologize in advance for the next few weeks. I’m doin’ my best, friends.

I dig the Far Realm. From its introduction in 1996’s The Gates of Firestorm Peak, to the Realm of Xoriat (including the amazing DDO questline where you build a planar ship out of beds and dressers), to the reworking of the Far Realm in 4th Edition with the inclusion of Star Pact Warlocks and the big cosmology rewrite. It’s creepy, bizarre, cinematic, and open-ended enough to work with existing and new material. Importantly, it’s Lovecraft beyond the usual tentacles and scales. It’s the fear of the unknown, and the cosmological insignificance of humanity.The exploration of the question “are we alone out there,” and the terror of learning the answer loom large. It’s large cosmic horror writ large, and I’m 100% on board with that. However, finding a great way to sell a full-on Far Realm game is difficult from a player perspective. It’s psionics (maybe), warlocks, and the typical agents of gods. In my heightened sensory state (see above), the answer to this leapt out at me: the Zodiac.

The History of the Zodiac

Now, I am not an astrological or horoscopic expert. In truth, my knowledge tends to end at “I’m a Leo!” I am, however, fascinated by the very concept of astrology, and the nigh-universal stories that accompany so many of our constellations. The very idea that our current twelve-sign astrology dates back to Chaldea is mind-blowingly cool to me. On an even cooler front, this is the first known celestial coordinate system. This Chaldean system is internalized in many Hebrew texts, and it is there we see the association of the constellations with the signs. There are ample scholarly works linking the twelve tribes to the constellations, as well as linking the signs to the Tabernacle. I don’t know much about this either, but mention it to only to illustrate how the Zodiac persisted throughout history.

This predates some of the most well-known associated periods: the Hellenistic and Roman eras. Here, it’s pretty easy to see the links. The Greeks referred to divination through the planets and stars as Chaldean Wisdom. This ends up being a mix of Babylonian and Egyptian astrology. Ptolemy had written Tetrabiblos, which more or less codifies the Western tradition of astrology as we know it. Based on this work, the Houses, Zodiac signs, and practices were established and remain relatively unchanged. Importantly, this is the time period when the Zodiac is aligned to equinoxes and solstices. This detaches the names of the signs somewhat from the constellations, but the two remain related to some degree.

The Hindu zodiac uses a different underlying system, but the constellations and symbols end up very similar. The names are different, being formed from Sanskrit and Greek respectively. However, the correlations are obvious. Dhanu means “bow” and aligns with Sagittarius, the archer. This persists across the rest of the signs, as well. The point here is to illustrate the similarities in distant regions.

Combatting the Far Realm and the Celestial Sorcerer

This is all to set the stage for the key idea here: the constellations and zodiac exist as protection from the Far Realms. Instead of unspeakable horrors watching with a baleful eye, we have the ever-vigilant gaze of a great guardian. For an example of this very idea, we don’t need to look any further than Capricorn. In the tale of Capricorn, the horrific monster Typhon was attacking Zeus. Typhon, as I am sure everyone knows, is the son of Gaea and Tartarus, a massive creature with one hundred dragon heads. He was incredibly powerful, and waged war with Zeus on at least one – but probably several – occasions. In this tale, Dionysus was feasting on the banks of the Nile. Dionysus was basking in the water as a half-fish, half-goat – like you do – when he saw Typhon. Dionysus let out a warning cry, and Typhon fled. To thank Dionysus for his warning, Zeus placed this form of Dionysus in the heavens, to serve as a warning should threats to the gods arise.

From a player perspective, it’s quite easy to imagine each of the Zodiac as living beings within the stars, just as their counterparts exist out in the Far Realm. Each of these Zodiac signs offer specific powers to the players, with many likely spearheading subclasses and archetypes, just as with Great Old One warlocks. Yes, some stars are malevolent entities, but it is not a stretch to consider those constellations as corrupted by the Great Old Ones, especially if they are close in proximity to the Far Realm. It also stands to reason that the current twelve Zodiac signs are not necessarily the signs you would want to establish in your own game, though they totally could be.

With the multiverse existing the way it does, there is nothing that prevents certain planets from having some of the constellations we do on Earth. Maybe Oerth exists instead of Earth. I’m not judging. Krynn sticks out as an exception, as gods on Krynn have constellations in the heavens. The constellations disappearing means the gods are taking physical form and are walking among the mortals. Of course, that’s its own story of battling the Far Realm, and one that combines the stars and gods. I’d be on board with that.

Regardless, developing archetypes based on this concept is important. Let’s start with the sorcerer.

Your innate magic can be traced to the stars themselves. For some, they were born under an auspicious sign. Others might trace the moment of their birth to a meteor shower or a comet passing overhead. Perhaps the constellations themselves intervened in your lineage. No matter the cause, the magic of the celestial cycle swirls within you.

Your affinity with the stars allows you to more easily chart a course based on the position of the stars. You are proficient with navigator’s tools, and have advantage on navigation tools checks to avoid becoming lost.

Path Between the Stars

Beginning at 1st-level, you can use a bonus action to walk a path between the stars that you open whenever you cast a spell of 1st level or higher. You teleport 10 feet, plus an additional 5 feet for each spell slot level above 1st of the spell cast.

At 6th level, you can gaze upon the stars and draw wisdom from them. When gazing upon the stars, you may cast augury as an action without needing or expending components.

If the stars are not visible at night due to the weather, you can use an action to cause the sky to clear within 1 mile of you. The sky remains clear while you cast augury, but otherwise returns to its normal state after five minutes.

Once you have used any part of this feature, you may not do so again until you complete a long rest.

Starting at 6th level, you gain resistance to psychic and cold damage. In addition, whenever you cast a spell of 1st level or higher that deals force or fire damage, the cosmos swirls to strengthen your assault. Roll a number of d4s equal to your proficiency bonus. You can gain that many temporary hit points, or deal that amount as additional fire or force damage.

Upon reaching 14th level, you can warp space around you in relation to the stars. When you are targeted with an attack, you can distort the space around you as a reaction, increasing your AC by 1 + your Charisma Bonus. If the attack still hits you, the target suffers force damage equal to your sorcerer level.

At 18th level, you can spend 4 sorcery points as a bonus action to open a wormhole at your location and another location within 60 feet that you can see. You can move between the two locations as if they were adjacent. Others perceive and interact with the areas as if they were completely normal. You can target creatures and cast spells through the wormhole, provided they are within range of the wormhole as dictated by the spell being cast.

You may create an additional wormhole by expending 2 sorcery point as a bonus action. This wormhole must be visible and within 60 feet of an existing wormhole. You can have a number of wormholes equal to 1 + your Charisma bonus (minimum of 1) open at any time. If you attempt to create a wormhole when you have your maximum number of wormholes open, your sorcery points are not expended, and your attempt fails.

Wormholes close after 1 minute, or you can close one at a time as a bonus action.

Additionally, whenever you pass through a wormhole, you increase the damage of your next spell that deals fire or force damage cast before the end of your next turn by 1d10.