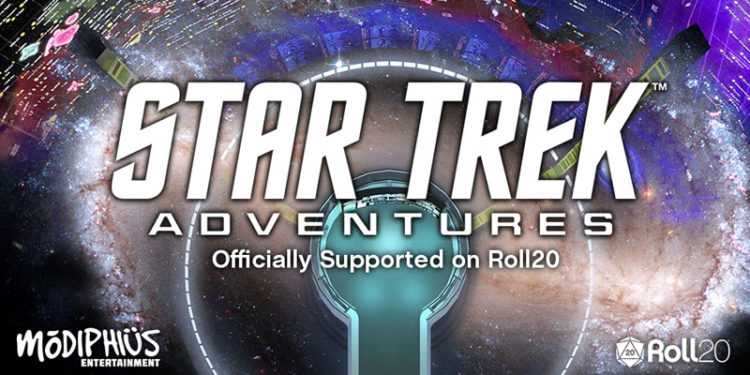 Here is the Press Release… 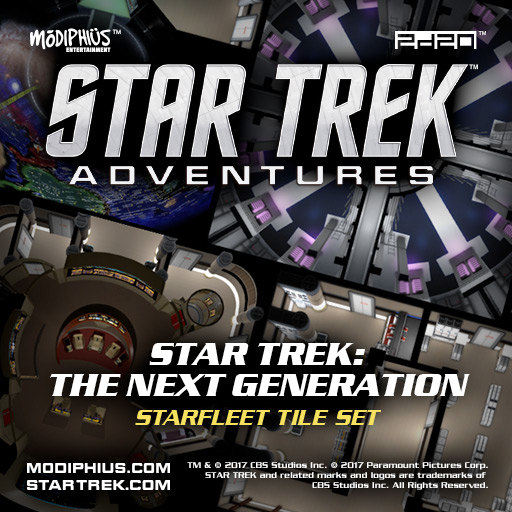 You can now beam all of your wildest science fiction dreams onto the Roll20 platform with the launch of the official Star Trek Adventures character sheet, as well as the release of Star Trek Adventures: The Next Generation Starfleet Deck Tiles by Modiphius Entertainment!

The official Star Trek Adventures character sheet allows players to seamlessly run and automate any of their character’s needs on Roll20, while also providing a choice between two beautifully distinct color schemes.

Star Trek Adventures: The Next Generation Starfleet Deck Tiles allows anyone to quickly recreate all of their Federation fantasies. Rick Sternbach (senior illustrator and technical consultant on The Next Generation, Deep Space Nine and Voyager television series) joined the Modiphius Entertainment development team to ensure accurately detailed deck plans and geomorphic tile artwork. The result is 32 vividly illustrated, endlessly interchangeable tiles for all of your Federation starship needs, including the bridge, main engineering, astrometrics, sickbay, and other corridors and shuttlebays.

Here’s a look at the Roll20 character sheet. 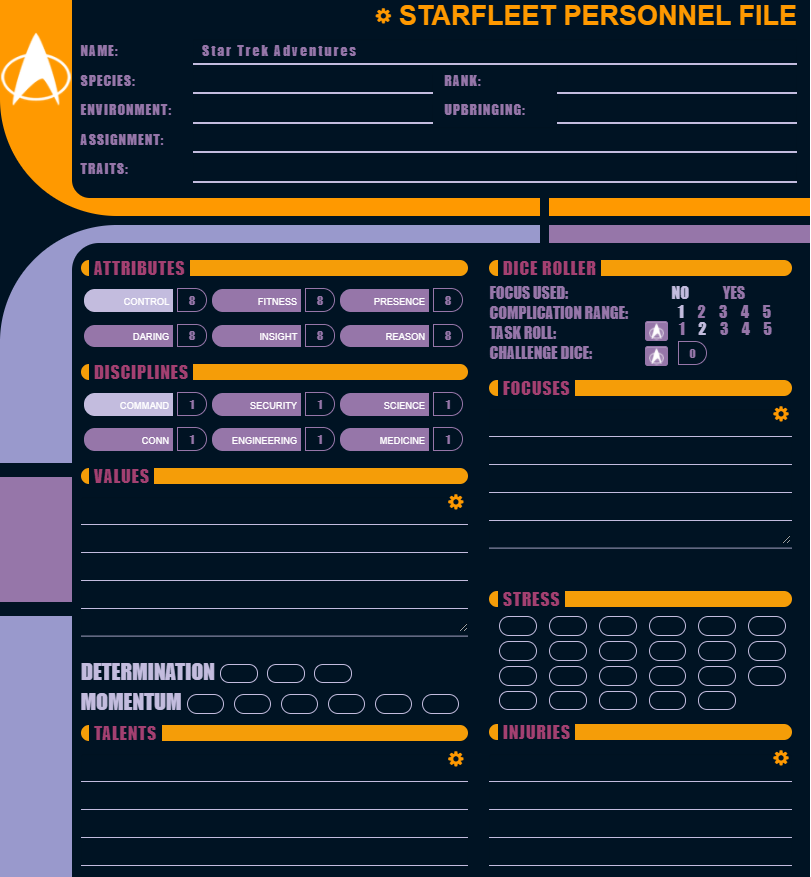