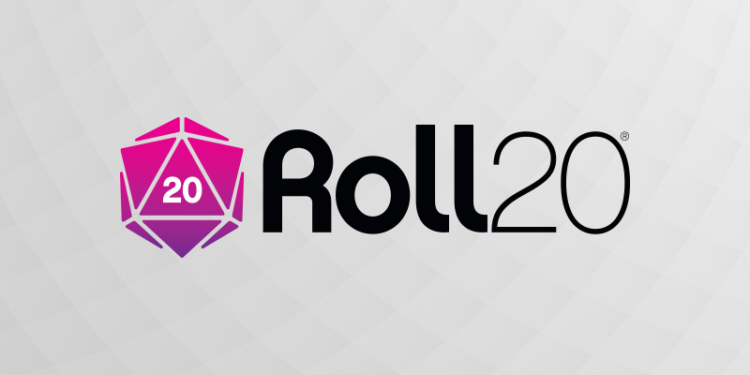 It wasn’t that long ago that Roll20 crossed the 1 million users mark. I’ve been playing a weekly game on Roll20 since 2014 and I’ve had a chance to interview Roll20’s founder Nolan T. Jones in 2015 and again in 2016. I thought Roll20 was great way back in 2014 and has only gotten better over time.

Today, I received a press release from Roll20 announcing that they have hit 3 million user. If I have had once complaint about Roll20, it would be the voice chat – which we never use. Having improved voice and video chat built in and other improvements, will only make Roll20 better.

Roll20® celebrated reaching three million users today with the launch of new features to make the virtual tabletop experience even better. Starting now, all Roll20 users can chat with their groups using the improved voice and video chat, find great new adventures in the redesigned Marketplace, and set up games quickly and easily with a host of more streamlined features.

Three million users marks yet another critical success in the recent hot streak for Roll20. The service flew past the two million user mark in January 2017, meaning that it’s only taken Roll20 one year to grow its user base an additional 50%. Major publishers have already embraced the value that Roll20’s virtual tabletop offers players, with Paizo Inc. (Pathfinder®, Starfinder®) launching their official partnership with the service just yesterday.

With a huge variety of roleplaying systems available, players can start or join a game on Roll20 for free and play entirely through their web browser. Today’s new feature launch brings a host of additional creature comforts to make gaming easier than ever. The updates include:

Roll20 Managing Partner Nolan T. Jones welcomed the news of this three million user achievement with a shout-out to the players. “When my friends and I started Roll20, there were only three players, and all of them were us. I’m pretty sure none of us had a million friends, so thank you to whoever keeps spreading the word.”

Jump into a game and see the new features in action right now on Roll20.net!

Roll20, owned by The Orr Group LLC, began as an effort to keep developers Riley Dutton, Richard Zayas, and Nolan T. Jones in touch via long distance tabletop gaming. Since launching via Kickstarter in 2012, it has attracted approximately 3 million users as a free service, becoming the preeminent way to play tabletop roleplaying games online and developing into a staple of in-person play. The award-winning program continues to be funded by subscribers who receive features that assist advanced gameplay.

Superstition and the Starscarred Fighter