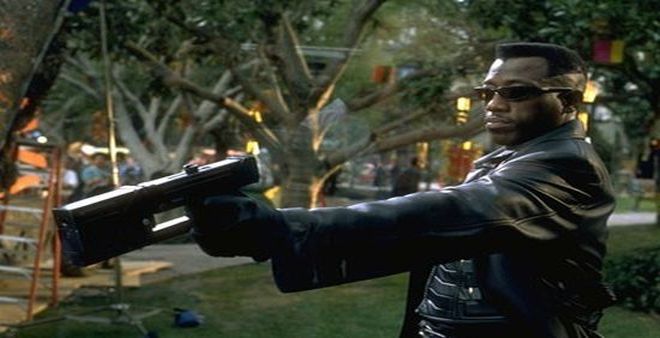 Today we start a trilogy of movie total conversions into modern supernatural horror.

Internet Movie Database – ‘Two Jedi Knights escape a hostile blockade to find allies and come across a young boy who may bring balance to the Force, but the long dormant Sith resurface to claim their old glory.’
IMDB Link – http://www.imdb.com/title/tt0120915/?ref_=fn_al_tt_8

Vampires have corrupted and taken over city hall, declared martial law on this state. The Protagonists are Mages and Hunters who need certain components to create a ritual to remove the Vampires mind effecting powers from the mortal citizens and reverse the Martial Law. To do this will need the help of the Lycans, who so far have been unaffected by the change.

Player characters could be :

Lycans patrol the city outskirts and prevent people from leaving. They have been stirred up by ghosts of a Mage Cabal seeking to restore themselves to life. The Lycans are searching the city for the chosen ones, people with untrained magic or lycan potential that will be used in the ghost mage cabals ritual. The protagonists are a group of various supernatural folk who want something other than this situation.

Player characters could be –

Princes of the Apocalypse Available on Roll20

Using Scars in Your Game