Create tense/horror scenes in your game

The nobleman you believe to be the head of a cult just left the house, his majordomo went to the room upstairs, and your infiltration as a guard was a complete success. What’s your next move?

Paladin: This is going to go SO wrong. Can I try to stealthily go down to the basement?

You may try to do that. But is anyone else going to hear you? Only one way to find out! Make me a Stealth roll.

Paladin: That’s with disadvantage… A 4

You start to descend the stairs, each of them creaking as you step on them. You look behind and notice you left the door open. Some shadows travel from side to side, indicating servants are going through. Or is one of them the nobleman? Is he just pretending he didn’t see you? A sense of nervousness runs through your body as a drop of sweat slides through your face. You make your last step having your whole heavy armor clang. You instantly press your teeth in fear. Somebody must have heard that. Let’s just hope you have enough time to find proof. What do you want to do next?

No matter the game you are running, it’s always nice to add some tense moments from time to time. It lets your players know they aren’t always the ones on top of the food chain. A bigger, dangerous fish may be lurking near you, letting its shadow be seen as it devours the player characters’ fear.

If you are to run a horror game, such as Call of Cthulhu, Ten Candles or Dread, you will find these tips essential. Investigation games like City of Mist can have many of these elements as well. On the other hand, it’s in games like Pathfinder or D&D where you will find the most trouble creating a horror ambiance in your game. Your players know they can beat dragons if they wanted… Anything you put in front of them will end up chopped into pieces with ease. These tips go beyond the horrific monsters and are made to create fear that directly affects the players.

Advice: Always make sure your players are up for these sorts of games. Some people won’t want to play your game if you as a DM are making them uncomfortable. If you either believe something like this could happen or don’t want to risk it and end up having one player feel really bad mid-session, you may want to implement the TTRPG Safety Tools into your game. The tools aren’t mine, I’m just sharing them to you and all credit goes to the creator (Couldn’t track the original creator as there are already many versions of the same tools)

Creating the perfect ambiance for the moment

Make sure no one gets distracted

In order to create a tense moment, you need to get rid of everything that can become a distraction. Cell phones are the immersion’s greatest supervillains. Ask your players that you want to create some spooky or tense moments during the session and cellphones can easily destroy that. Usually, if a GM asks a player to do something to make the game better they will agree and follow suit.

Make sure no other distracting source is present. One single player getting distracted can instantly ruin the whole mood you created. This is a moment to pay attention and make quick decisions. Jokes and memes can be left for the mid-game pause. Just make sure not to suppress those moments the players use a bit of fun and jokes to release tension. That is always needed.

The light in the room plays a big part in these kinds of scenes. There are times when there is no possibility to adjust the light, e.g. when playing online or at a game store. If you are at someone’s home (be it yours or a friend’s), you may want to play with as little light as it is possible without being disruptive. If you use minis for combat, not being able to see them can become a problem. A lamp at the corner of the room may be able to provide enough light. If you want to go for the extra creepiness, candles, or those artificial candles that are sold online work excellently for this.

As with all horror movies and series, the background music is a key part in creating the perfect moment. Add up the silence your players create by following the steps I mentioned above, and an eerie atmosphere will surround your game. There are many places you can get music like this. Plate Mail Games has lots of high-quality loopable background music you can use. Tabletop Audio is a great source not only for background music but also for noises. If everything else fails, Youtube and Spotify are your friends when trying to find these.

The music must stay low at all moments, making you able to speak without the need of raising your voice. It’s only when the monster is directly attacking the player characters or chasing them that you may raise the volume to make them extremely scared. 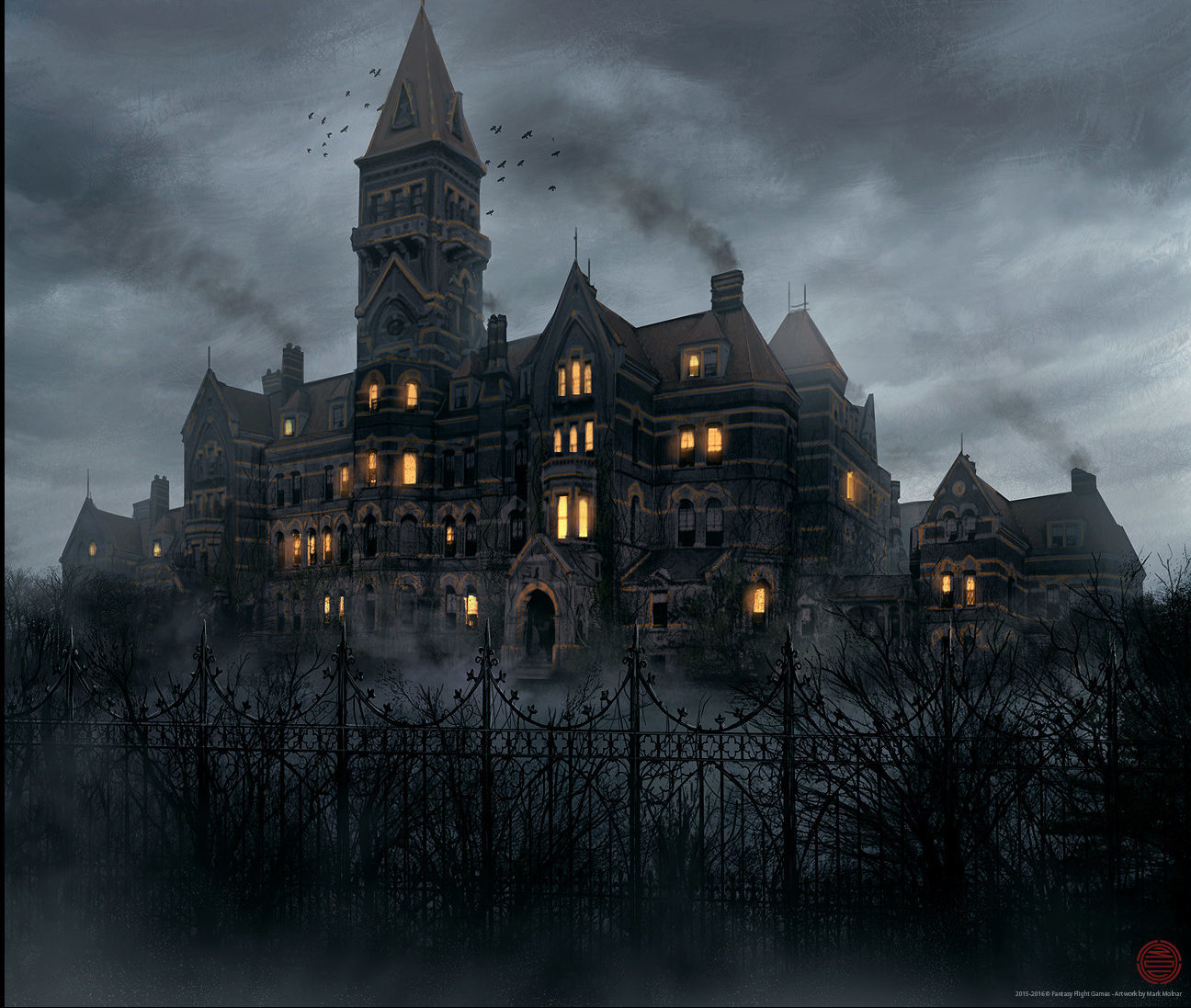 Controlling your voice and wordings

How is it possible for book authors to create tense or horror moments? There is no image to look at or terrifying music resonating in the background. The way they express and describe things in the books resonate with the reader, instantly hooking them into the story. GMs as well need to master how to describe when playing. However, horror is described in an entirely different way. Some adjectives can make some great changes in your descriptions, and all you need to do to improve your horror vocabulary is read some books. Take notes on the words you like the most and try to implement them into your games.

Create tension via your voice

You don’t need to be good doing impressions to use a chilling voice to describe scenes. I personally find Ivan Van Norman to be awesome at mastering his tone and volume when mastering horror moments and have learned a lot by watching him. Making your voice deeper and raspier can create a great narration while investigating catacombs, describing how the flame from the player character’s torch begins to shrink as they go deeper in.

Another great thing I found out is that changing the volume of your voice can stimulate your players to unconsciously talk in the same volume. So, if you start describing how the player characters get a chilling sensation in the back of their neck as they traverse the long rocky hallway, all softly and low toned, it creates a greater sense of dread. By doing this, you can raise your tone to describe how a shadow moves about 60ft into the cave. It looks humanoid, but was somewhat hunched. Can it be a normal human? By raising your voice, it creates a huge contrast from the scenes you were previously softly describing. I find this to be an awesome technique to create fear in players.

Note: Remember that even though the Player Characters might have darkvision depending on the game, that doesn’t mean they can clearly see the shadow. If a mind-flayer was to move 60ft in front of them, most player characters will only see the corner of a shadow. This is great for descriptions and inducing terror. Your darkvision doesn’t work here.

The monster and scenes

The source of terror

I’ve seen many horror films to get to know which tricks are the best for roleplaying games and which of them I should avoid. On some of the best ones, there is a trope that is often used: not letting the monster be seen until it is too late. Describe claw marks on the walls, annihilated corpses, blood spilling on the corner of a table, all the things the creature is capable of before reaching the conclusion. It’s only when the player characters find themselves cornered that they will finally get to see the beast.

Why should the source of terror be a monster, though? A cult can be scary enough as well, or maybe a simple thing such as quickly investigating someone’s home while thinking the owner may be a serial killer. This person may not be a murderer, but that’s what the player characters think at the moment, and inducing some tension can create a very memorable moment while sneakily investigating the rooms.

Watch, read, hear horror stories or moments in which people were imbued with pure terror. Take note of them and steal them for your game! If you want the horror element to be plant creatures you may want to steal a scene from The Ruins. Do you want an Illithid to scare your players? You may end up using a scene from The Purge as your inspiration. The monster doesn’t need to match the enemy from the media you are stealing. Grab a nice looking ability, move, scenery or event and add it to your story, reskinning it if necessary.

Play with the players’ psyches. If the player describes the character as being scared, make it see or hear things that aren’t really there. Jackie hears the door they just crossed close behind her, but when she looks back it never moved. Was it another door that closed? Or is she just going mad? 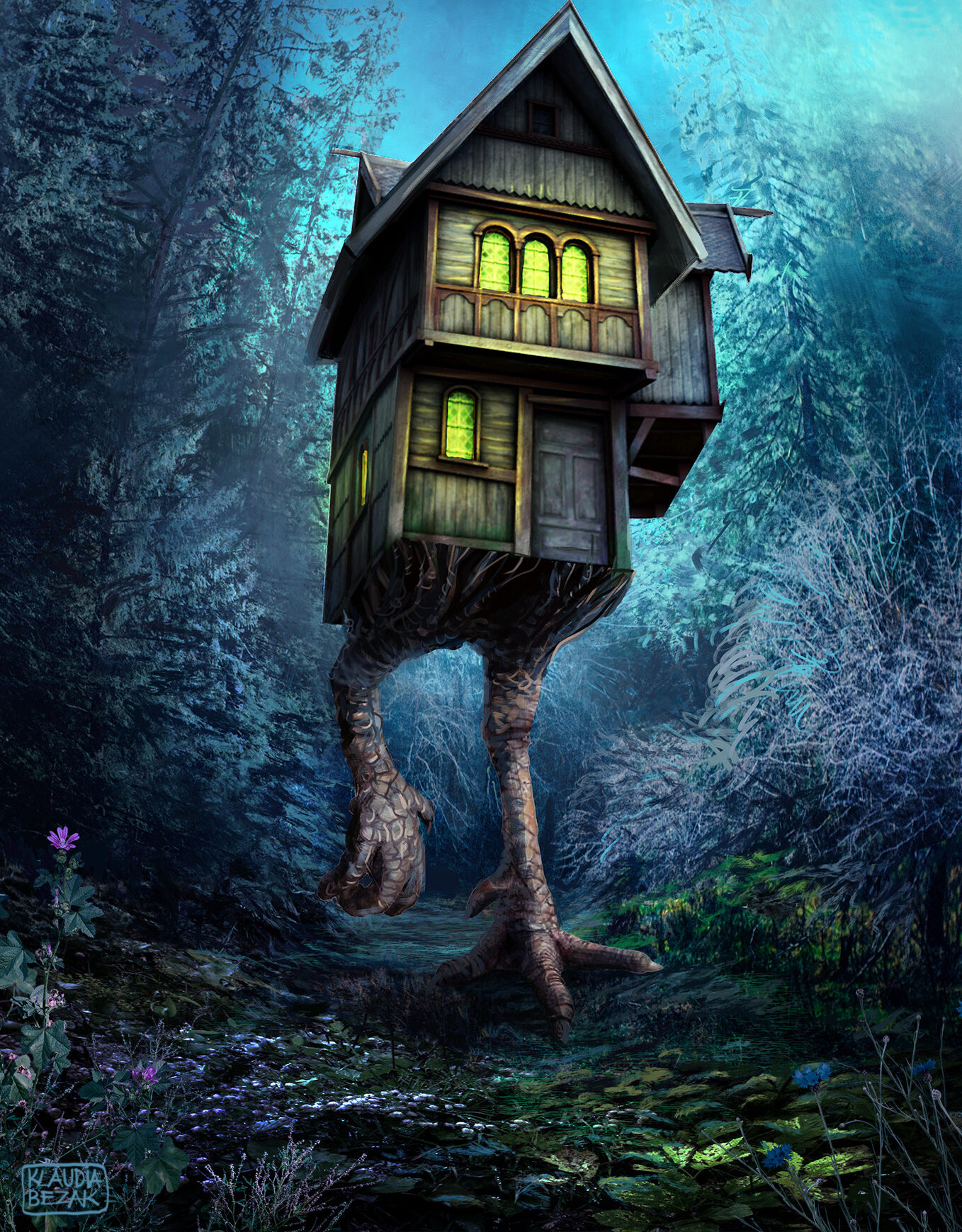 Well there you go. These are some of my best tips I wanted to share with you on how to successfully create an eerie scene. They have worked for me in many situations since I started running horror games. Heck, I even implemented some of them into my D&D games! Make good use of them, and then come back tell me your story.

Do you make use of some of these tips in your games? Would you like to mention an extra one I missed? Every day we learn something new, meaning I’d be happy to learn some new techniques on how to scare my players. Whichever the answer, make sure to write it down in the comments.

Are you having trouble maintaining your players engaged in the game? Here are some tips on how to have them 100% focused on what’s going on in the table: HERE