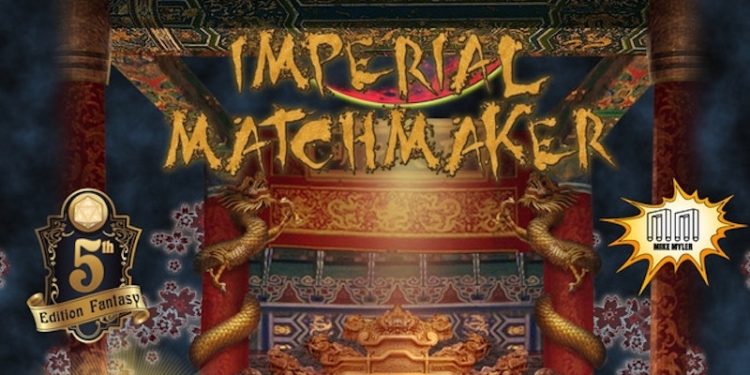 Epic sandbox with 8 iconic PCs (or NPC rivals) in the eastern fantasy noir steampunk lands of Soburin and the Trade War adventure path!

Mike Myler has a great second Kickstarter to expand his Mists of Akuma world! And it starts March 19th. The first Mists of Akuma Kickstarter led to requests for a campaign that is full of intrigue and deception. So, Mike created a complicated plot centering on 10 weddings between the clans from the Battle of Broken Spears, arranged by Emperor Hitoshi in Sanbaoshi to end their historical squabble. He is offering a hardcover sandbox mega adventure with this kickstarter, Imperial Matchmaker. Along with several other offerings in either pdf, print voucher, or print.

His huge sandbox mega adventure (4th to 10th level) includes a ton of information on Sanbaoshi, plots by bengoshi seeking to use the events to their own ends, and sidequests that take the party elsewhere in Soburin. Claudio Pozas will illustrate the Imperial Matchmaker Iconics. The Iconics are 8 pregenerated characters that embody the Mists of Akuma campaign setting and have subplots worked into the mega adventure.

Each Iconic will have their own free PDF offered through the Kickstarter campaign. Each PDF will include background, motivations, a little bit of fiction, and then builds at 4th and 7th level. After the kickstarter project finishes, all of the PDFs will be bound together into a softcover book, Imperial Matchmaker: Guests.

Mike has given me some more information to share with our readers about the Kickstarter Project:

First time reading about Mists of Akuma?  Well here is a great video to get you up to speed:

Several books have already been completed, so there is a staggered release schedule:

The project starts March 19th, and I’ll include a graphic of the project’s Kicktraq when it goes live. There are several book offerings in either PDF, print voucher or direct print & ship.

Check out the kickstarter link to see all of the options. Check it out: 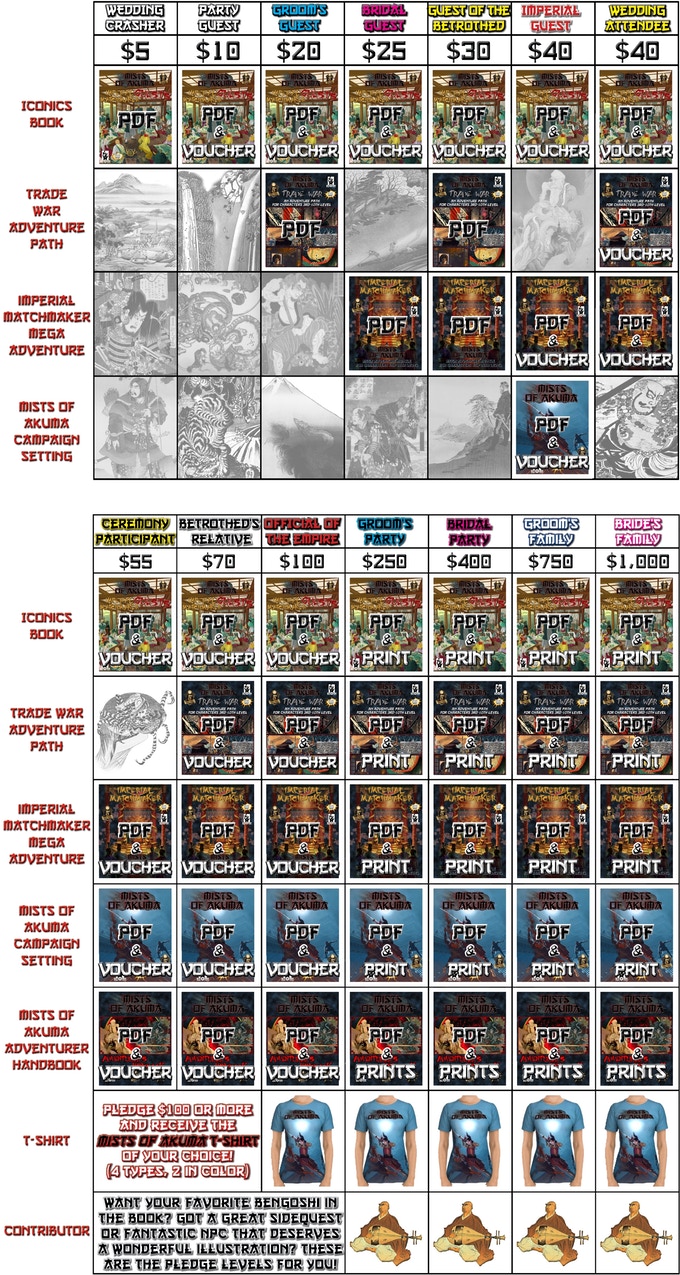 Feud Primordial (5th level) is a mystery adventure across several prefectures and the river city of Nesuto.

Fangs of Revenge (6th-7th level) Duplicitous intrigue and a deep mystery in a railroad town.

Cursed Soul of the Scorpion Samurai (7th level) Covert journeys, zombie pandemonium, and a chase after a murderous anti-hero.

Yai Sovereign of Storms (7th-8th level) Discover the oni city of Tsukisasu and influence who rules over the secret settlement.

Revenge of the Pale Master (8th-10th level) An epic adventure delving into the dark past of Kizaki and the bloody abattoir of its true master.

Modern Horror vs Attack of the Clones