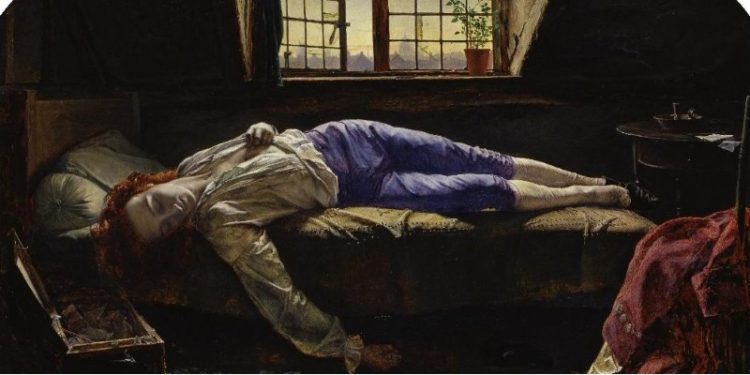 It’s been a little while now since I’ve done anything with my series on the fey, so today I’m returning for the fifth and sixth fey background: the Inspired and the Oathsworn. The Inspired are those who receive – or believe they will receive – creative inspiration from a fey patron, friend, or lover. The Oathbreaker is on the outs with a fey, some fey, or the fey, as a result of breaking an oath.

The fey act as your muse for art, poetry, or invention. Even the most twisted and monstrous Unseelie wants to be remembered in creative endeavors, especially stories. The Muse of Steel, of course, puts her whole energy into building and maintaining groups of Inspired mortals; she has almost no other aim. You don’t need to be in regular contact with your muse; it can suffice to think of them frequently, following a single memorable encounter. Perhaps you wish you could forget.

Many warlocks begin this way, but just as many Inspired do not seal a true pact, or find that an initial bond does not develop into a full pact until they complete the first great work that their muse inspired.

Your artistic works contain truths and hints of secrets beyond your own knowledge. If you have time for even a rushed creative effort (typically at least 30 minutes), you can learn about your muse, the fey in general, or anything the DM agrees is relevant, substituting a Charisma (artisan’s tools) or Charisma (Performance) check for any other information-gathering ability check. You usually experience this burst of creativity as a gap in your memory.

As one of the Inspired, you may feel helpless in the thrall of your art, or you may find that you must reach for it. The former relationship often brings wealth and fame that you can scarcely enjoy, while the latter grants you less of a reward but greater freedom.

You had a deal with the fey. Maybe it was a good deal, maybe it was a bad one, but it was a deal and you agreed to it. You didn’t keep your end of that bargain or oath, and that’s something the fey just can’t abide. A criminal in mortal society can find allies among other outlaws, but one oathbreaker seldom finds companionship with others. Instead, they try to hide their nature from their friends for as long as they can.

Work with your DM to determine the nature of your bargain or oath, and who cares most about punishing your violation.

Your soul is marked for your transgressions, and fey can always recognize an oathbreaker mark. Encounters with the fey are not necessarily hostile, but they are never trusting. When a creature breaks an oath or bargain with you, you can mark it as an oathbreaker if it is on the same plane of existence as you are. You can end a mark that you placed at any time, and you can sense oathbreaker marks on others if you can see them and they are within 30 feet.

An oathbreaker has been forever altered by a single decision in their lives, perhaps as little as a single action. It shapes them as strongly as any other background – it isn’t all they can be, but it made them who they are. Think about what their oath or bargain must have been – even the most vindictive fey would not impose an oathbreaker’s mark over something meaningless.

The Inspired are not to be confused with Eberron’s Inspired, of course. What I’ve written here is mostly about toxic or codependent relationships, but also about trying to make various kinds of artistry a tiny bit more adventuring-useful. Sure, it’s a narrow range of topics, but I stretched it as far as I felt the logic would go. What can I say, writing background features so that they’re useful but not very useful is tricky.

The Oathbreakers are strongly inspired by Shattered Isles and Wildlands South. In Shattered Isles, elves were deeply invested in oaths, and if they broke oaths, they would be forever marked (visibly) and cast out of elven society. Wildlands South was very much about oaths, and the one night a year that no oaths hold true: Oathbreakers’ Night (the setting’s sort-of Halloween). The tough thing about them, as a background, is exactly what I mentioned in Suggested Characteristics: being an oathbreaker isn’t your life or upbringing, but I’m trying to make it one of the three Big Choices of character creation. You can let me know if you think I hit that mark. I think the personality features describe a sufficient variety of personalities and situations, at least.

Both of these are, of course, for campaigns where the fey matter and encounters with them are reasonably common. If being fey-touched doesn’t matter in your setting, fey-touched backgrounds aren’t going to be all that great. Use accordingly.

Plant Creatures – Bark worse than their ...