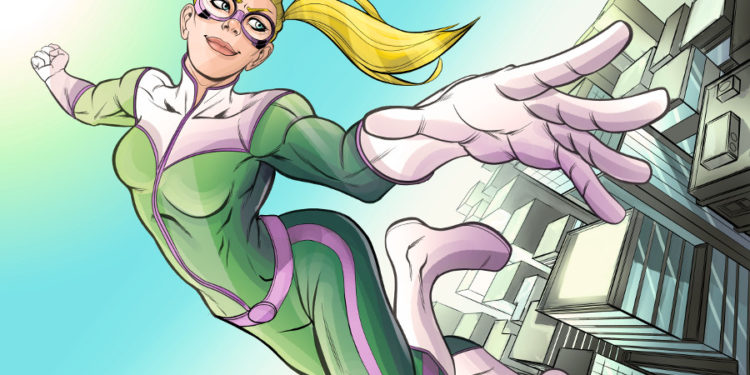 On June 4th, 2018 Limitless Adventures will be launching a Kickstarter for “a new kind of 5E game”. This looks pretty promising, especially for groups that like 5E rules, but want to try out some other genres. Now you can dip into a new genre (or sprinkle some stuff into your fantasy game) without needing to learn new rules and buy a bunch of new books. 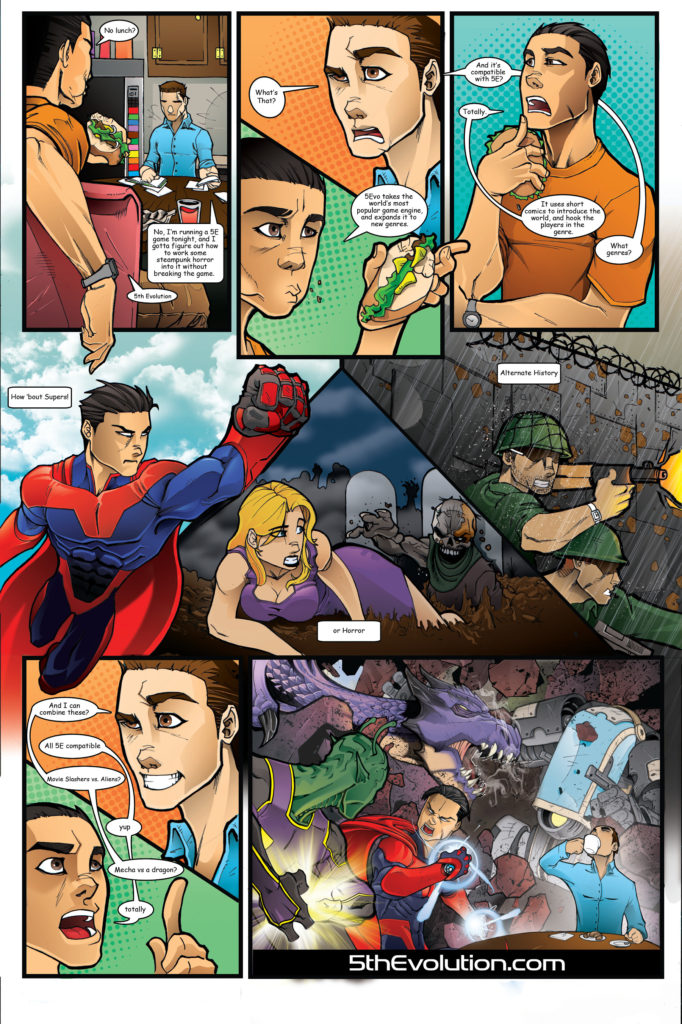 Here’s some info from the press release.

5th Evolution (5Evo) takes the wildly popular 5E game mechanics and applies them to new genres. 5Evo products are a marriage of comics and roleplaying with each book divided into three sections.

The best part? All 5Evo products are completely compatible. Want to have space marines fight a T-Rex, or see how your wizard would fare against a machine gun-toting mech? Well you can do that and more with 5Evo.

Coming to KickStarter on June 4th! Learn more at 5thevolution.com