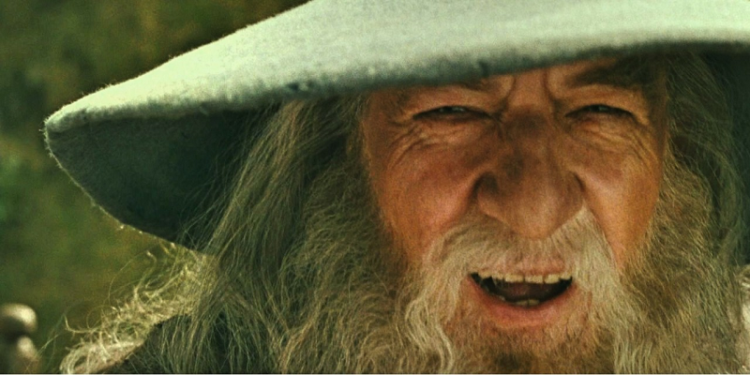 This week I am taking a week off from the Zodiac and Far Realm series to plan what I want to do after I complete the last archetype. In the interim, I wanted to share a project I love that represents me as a person.  A long time ago, I started a project over on my blog. The series was dedicated to changing a few letters of a magic item and coming up with a completely new magic item. I named the series Misread Magic Items, and it’s been an off and on series for some time. The rules of the series are simple: items have to be functional, the name of the original item should be pretty clear, and you can’t just recreate an existing item. Pretty obvious stuff, but those are the rules nonetheless. Using this same set of rules, I thought it might be a fun exercise to expand it to spells, features, and anything else that people want me to mess up in the name of fun. Starting off in a straightforward manner, let’s look at three misread – fronds, magic mussel, and musty step.

I’m on record as not being a big fan of the rules-as-written version of friends. However, rather than rehash all of the reasons, I am going to again link to Brandes Stoddard’s blog post on it and leave it at that. Anyway, as a big fan of Bob’s Burgers I hear the word “frond” a lot. It’s easy to start replacing similar-looking or sounding words, after all. This spell won’t offer you exceedingly off-putting counseling, but it just might help you woo a certain someone.

Fronds
Conjuration cantrip
Casting Time: 1 action
Range: Self
Components: S, M (a small piece of a fern and one gold coin)
Duration: Concentration, up to 1 minute
You conjure a golden palm frond that grants a sense of peace and admiration when given as a gift. When this golden palm frond is willingly accepted by a creature, you have advantage on Charisma ability checks made against the creature as long as it holds the frond.

When the spell ends or each time the creature makes this saving throw the creature rolls a Wisdom (Insight) check against your saving throw DC to determine the cause of the effect. On a success, the creature knows the fronds are the source and may drop the fronds, if the duration has not yet expired.

An act of violence against the creature or any of the creature’s allies immediately ends the effect.

Notes: The idea here stems from the use of palm branches as symbols of victory and peace. The creature is flattered at this offering, and you get to schmooze a bit in response. The second part is where the peace comes in, acting as a single target sanctuary of sorts, though much lower powered. It’s a corner-case little spell, to be sure.

Next up, a handy spell for our aquarcane friends. You’ve just had a big day of dredging the bottom of a river bed and having a seafood bake when suddenly, a bunch of clockwork horrors sent by Artificer Blerch – that dastardly goblin – attack. Most of your other components are off in your tent, and you know you might not have the time to make it there and back before you or your comrades fall victim to their tiny, efficient weaponry. You only have the remains of your delicious bake to help defend you. Luckily, you’ve got just the spell prepared for the occasion.

Magic Mussel
1st-level conjuration
Casting Time: 1 action
Range: Self
Components: V, S, M (a mussel shell)
Duration: Concentration, up to 1 minute
You toss the shell to the ground at a point you can within 10 feet of you, conjuring a giant spectral mussel in its place. When you do so, the mussel lashes out in front of it. Creatures in a 15-foot cone in front of the mussel must succeed on a Dexterity saving throw or suffer 1d6 force damage.

At Higher Levels. When you cast this spell using a spell slot of 2nd level or higher, the damage increases by 1d6 for each slot level above 1st.

Notes: Tossing down a shell and conjuring a giant, spectral mollusc is kind of terrifying. I could see druids of several stripes doing this, or seafaring-arcanists. From a practical perspective, it’s a light, repeatable area of effect spell that deals a low amount of damage – albeit from a desirable damage type. The damage isn’t guaranteed, as there is no damage on a successful saving throw. However, it is repeatable, and you can slowly move the cone around. The damage might be one size too small, or just right.

The last spell today is one that’s handy if you want to leave an unfortunate trail behind you as you traverse the battlefield. Sometimes it’s not enough to just get superior movement, you also want to causing havoc while teleporting around. Now, obviously this is some Winter Court nonsense, here. It’s a real dingus move to lord over non-teleporting, non-poisonous people like this. Still, it’s the Winter Court, so what would you expect?

Musty Step
3rd-level conjuration
Casting Time: 1 action
Range: 90 feet
Components: V, M (a toadstool)
Duration: Instantaneous
You are surrounded by an odorous cloud, and you teleport to an unoccupied space you can see within 30 feet leaving behind a cloud of poisonous gas in a 5-foot radius from where you teleported. Once you teleport, you may do so two additional times immediately, leaving a cloud behind each time. The cloud heavily obscures the area, and spreads around corners.

Creatures who start their turn in the cloud or enter the cloud for the first time on their turn must make a Constitution saving throw. On a failed saving throw, the creature suffers 3d8 poison damage and is poisoned until the end of your next turn, suffering half as much damage and not becoming poisoned on a successful saving throw.

The clouds persist until the end of your next turn.

At Higher Levels. When you cast this spell using a spell slot of 4th level or higher, you may teleport one additional time and the damage increases by 1d8 for each slot level above 3rd.

Notes: I really liked the “teleport through hell” daily power for swordmages in 4e, and this is a fey version of that same sort of idea. You travel around the battlefield, altering it in your favor, and it’s a mildly inconveniencing effect. It might not be at the correct level, but I think it competes favorably against other spells from which it takes components. It’s not as good as dimension door at 4th for strict travel. It takes an action so it doesn’t replace the functionality of misty step, and it has a different effect than stinking cloud at the same level. I could, of course, be super wrong about this, but it seems like the right spot for it.

So the whole concept here is to spice these in when I’ve been working on other things in a series or just as a fun break for people. If there are spells you want to see me mess up, just let me know and I’ll add them to my list and get them going. If there are features you think would be hilarious to get wrong, let me know that, too. I’m here for you guys.