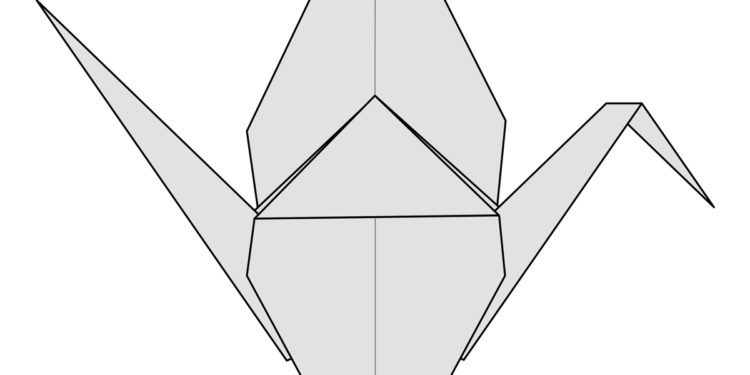 Today’s interview is with Richard Kreutz-Landry.

Richard – At the moment, I’m one of the few origami enthusiasts I know of doing game design. I have a few microgames I’ve tired around with but I’m currently working on Descent Into Midnight with Rich Howard, Taylor LaBresh, and Brandon Leon-Gambetta. When I’m not working on that, I’m usually haunting Twitter and unleashing my creative energies on prompts for weird items, encounters, or questions to ask podcast guests.

Descent into Midnight is a game set on an alien aquatic world. The players take on the role of sea creatures of their own design, and play a gifted team of psionic defenders fighting mental, physical, and spiritual corruption threatening their ecosystem, their home, and their friendships. Besides telling a great story, we’re looking to promote teamwork, spiritual reflection, and environmental awareness.

Richard – I haven’t really been plugged into the RPG scene for more than about two years. While I’ve been gaming for nearly twenty five years, I’ve only recently felt like part of a community. Obviously technology has shifted the field a ton, making online gaming far more accessible. For my own part, I’ve found myself playing more and more one shot games online because scheduling makes campaigns, especially in person, difficult to play. I’ve also found that playing online allows me to try a wide variety of games.

While play by post or forum games aren’t new, having 24/7 access to a smartphone with a decent predictive swipe keyboard and an internet connection fast enough to keep page load time from being onerous has meant I always have access to games in that format. Because of that, and the asynchronous nature of the form, I’m able to play in a dozen or so games at a time this way.

There’s also the huge rise in gaming as a spectator event / performance. It has been encouraging to see broader representation in that media, and I’ve found myself listening to couple dozen podcasts on a regular basis, many of which are actual play recordings. Encouragingly, finding shows that embrace inclusivity and diversity in gaming has been very easy. When I can’t play a game myself, I always have my podcasts to let me hear what it might be like.

Richard – If we’re talking groups of players, I’ve got a pretty solid home group and then a large group of friends on Twitter and Myth-Weavers who I play online with.

I don’t participate in any sort of organized play, and don’t see myself doing so in the near future because of the time investment and commitment.

Richard – I played in a game where the choices I made robbed another player of their agency and put them in an uncomfortable position. While a misreading of the rules was the impetus for it, in the end we missed the opportunities to question the experience and address it before it became an issue. There are a couple of takeaways for me from that experience.

First, and absolutely foremost, question an experience if you feel like it’s uncomfortable for you or think it could potentially be uncomfortable for someone else at the table. If you find yourself reacting strongly to something, don’t be afraid to stop and ask yourself and the other players if that’s something you’re okay exploring.

Second, keeping a secret from a player is a risk. It may be dramatic, but ask yourself whether the potential for a dramatic reveal outweighs the risk of a player making choices that they might be uncomfortable with had they been aware of that information.

Richard – In general, even as a fairly nerdy cishet white dude I don’t really enjoy heading to local game stores. The only game I have ever played in a LGS was back in high school on the invitation of a friend of mine, where I already knew a third of the guys in the group. It was also, as I recall, unilaterally made up of generally insensitive white guys, myself especially. It may be that I associate gaming in local game stores with my memory of what I and my friends were like at the time, but many people I have talked to who are anything other than cishet white guys have expressed hesitation or anxiety about going into game stores. It’s one of the spaces in the RPG community that I have very little interest in participating, mainly because it feels like a harder space to curate my experience.

On the opposite end of the spectrum, there’s Twitter, and social media in general. Because you can easily curate the lists of people you interact with, it’s much easier to develop connections to people who share a similar outlook on gaming. Social media can certainly have an echo chamber effect, but if you’re looking for, say, inclusive and diverse game designers or RPG enthusiasts, it’s simply a matter of building a network with such folks.

Not surprisingly perhaps, I’ve found the people involved in indie and small press RPGs to be a very welcoming and supportive group overall. I think most of us have heard or lived the horror stories of vicious edition wars etc with fans of the more traditional or established games. While it may be unfair to associate the worst of the forum-trolls and grognards only to those systems, especially when you consider the sheer mathematical certainty that a game system more widely played will necessarily have a larger number of jerks to go around, nevertheless I do. That isn’t to say I don’t know plenty of wonderful people who are seriously into those games, but I admit I am more cautious when I meet someone in the context of traditional games than indie games or storytelling systems.

Richard – For new players, Descent Into Midnight offers a relatively simple on ramp that doesn’t require two hours of homework and math to create a character. It’s similar to other Powered by the Apocalypse games in that regard. Beyond that, part of character creation is coming up with your own aquatic species. If you want to play a dolphin, you can. If you want to mix and match cool sea creatures, you can. We’ve found that freedom in character creation allows players to tailor their experience to something as familiar or as alien as they’re prepared for.

For experienced players, we’re offering a unique aquatic setting and incorporating elements of meditation and shared visualization as session framing devices. We’ve been told that the lack of a human civilization in the setting as a baseline really helps players dive into characters who are very much inhuman with little difficulty.

Richard – Absolutely. The availability of live streamed games, and video and audio recordings of them as performances can do nothing but continue to grow. I think we’re going to see even more women, people of color, LGBTQIA+ folks, and people with disabilities become visible in the space.

I also think we’re going to see games designed with performance in mind. Games that are relatively simple for new players to understand, games that use theater of the mind instead of complex tactical maps, etc make it easier for an audience to follow along. I’m curious to see what other adaptations are coming to suit the medium.

Richard – We’re still in development for Descent Into Midnight, so obviously in the short term there’s going to be changes as we figure out what works and what doesn’t. For now, the focus had to be crafting the best game we can in the moment. I don’t necessarily see there being a need for sourcebooks and multiple editions etc. But we’re still in early days. We’ll see what happens when we get there.

Richard – The easiest way to find me and Descent Into Midnight is on Twitter at @rkreutzlandry and @dimrpg. You can check out my website at http://www.origamigaming.com where I post my origami designs (usually with diagrams) and http://www.descentintomidnight.com to get more information on the game.