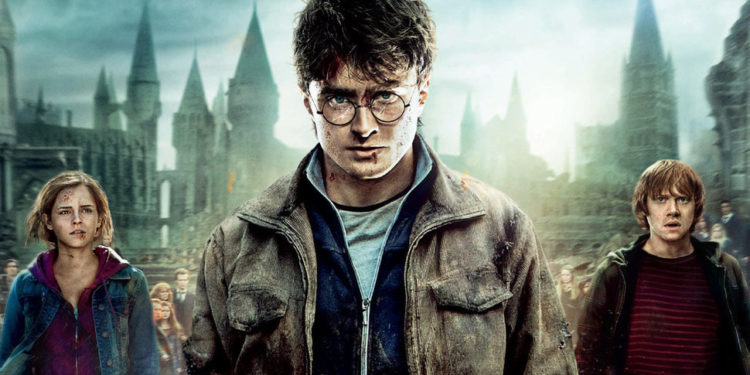 Quick note before starting with the read: You may need some level of knowledge of the Eberron campaign setting to fully understand what I’m talking about. While not necessary, I hope this article serves enough to make you want to get it if you already don’t. It provides way more content I won’t talk about as it is property from WotC.

Harry Potter was a great part of my childhood, which made me fall in love with its wizardry world. I know several TTRPGs already exist to simulate this kind of play, but after reading Wayfinder’s Guide to Eberron, its Morgrave University section really caught my attention. It’s just like playing D&D in Hogwarts.

In this article, I’ll be talking on how you can make your own Harry Potter/Hogwarts style campaign by using some of the things from the Eberron setting (which you should totally buy, as it is awesome).

While many treat it as the place from where tomb robbers and stupid adventurers come from, it serves as a place from where people can learn about the world in a different way. It does also have annual celebrations and could even have houses such as the ones from the HP stories. It’s important to make this place believable as it is where your players will be staying most of the time.

Your players may want to increase the university’s reputation or overthrow its leaders after discovering they belong to some weird cult. They could even be the only ones that can solve some serious trouble happening in Sharn, or Eberron as a whole!

Morgrave may sound awesome, but why am I recommending you play in Eberron for this when you could easily add something like this university to your campaign? This setting is well known for having magic on every single corner. Flying airships, fantastic beasts (pun intended) being used as transportation, and even guards are usually magic users. Your players may want to play a non-magic user character… But that would be taking away the HP element from it. Unless they can find a clever way to play that way, try to help the player find a similar, but spellcasting class for the idea he/she has in mind for the PC. 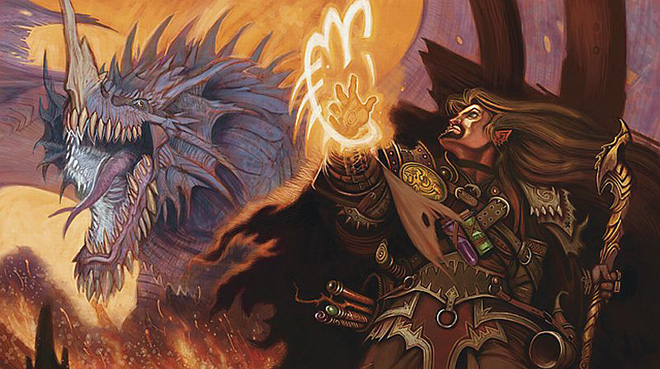 Magic and Dragonmarks – Eberron, Wizards of the Coast

We are used to creating characters that are nothing more than stereotypes, and it can get tiresome for some campaigns. However, I find these kind of characters to work perfectly with this setting we are creating. The jock in the group could be an eldritch knight, while having (obviously) the wizard be the nerd, the kind spirited friendly guy be the druid, cleric or paladin, and the rogue or sorcerer be the mischievous of the party.

Create some allies and rivals the way Neville and Malfoy worked in the Harry Potter saga. They can become valuable help when dealing with big problems, or become a stick in the wheel if the PCs didn’t treat them properly or helped when they were in need. The same applies to professors, who will be the ones teaching the players the abilities they earn per level. 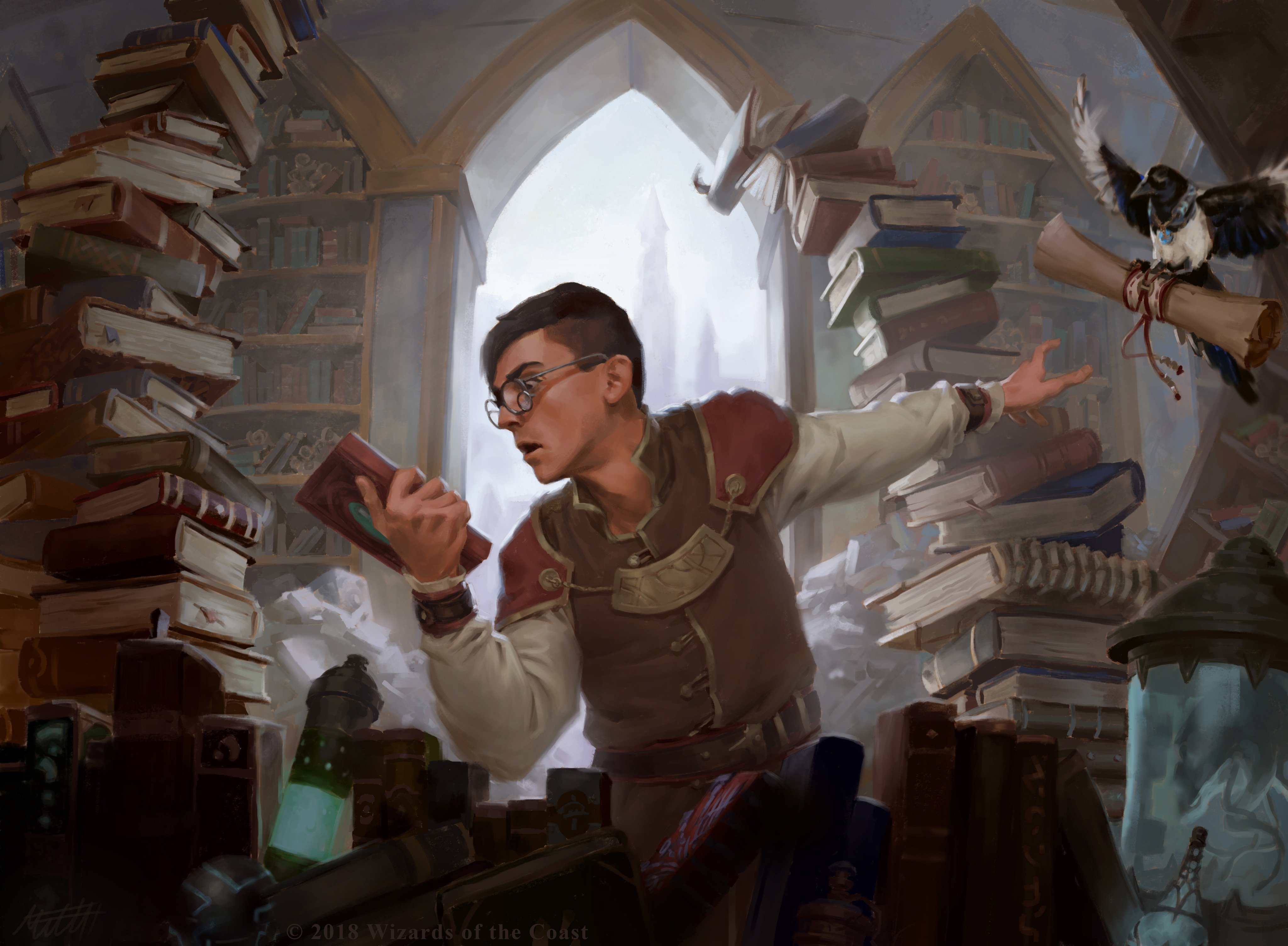 What is Hogwarts without its houses, and its stupid point system that always seemed to be scaled in Griffindors favor? Sorry, couldn’t help but say it. Let’s go straight to the point:

Hogwarts houses play a significant role for about half of the saga, having each member share some thoughts or ideals. Something similar can be found in Eberron, and that’s its own set of houses, which work in a very similar way to the ones from Harry Potter. This means that if you are to play in this setting, you won’t even need to invent your own new houses, just use the ones already provided.

Your players may not even be from the same house, and that can add a load more extra fun on roleplaying. Someone from Lyrandar may be best friends with some other from the Tharashk house, but being scared of what people may think of him/her from being with someone from that house, the Lyrandar member may stay away or treat the one from Tharashk badly when others can see them.

If you plan to have this adventure become a full campaign, try thinking about the BBEG from the start and leaving clues about it from time to time, the same way that Voldemort is always teased in the first 4 books/movies. A lich or high level wizard works amazingly as a villain, but you can always have monsters such as beholders, aboleths, mind flayers, or dragons be the genius mastermind behind everything. Big masses could also work, be they cultists, political groups, or one specific house.

Going on an adventure! 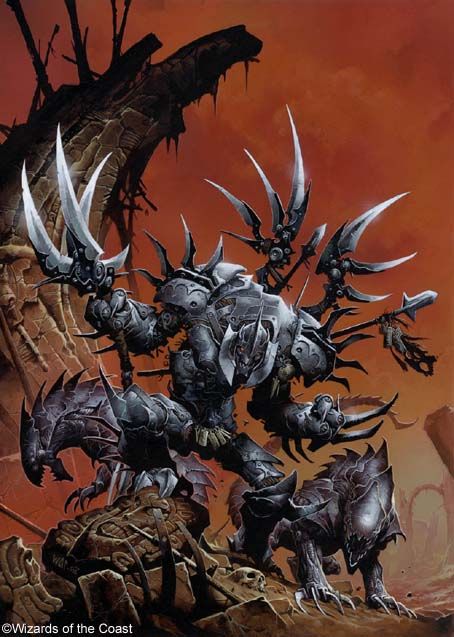 Lord of Blades – Wizards of the Coast

Going back to the university, it was created to teach people in strange ways, these being maybe more practical than theoretical. If you are studying about trolls the class may do a field trip to a swamp to closely see how they act, having the final test be to hunt three of them down. You want to learn about lycanthropy? Here, have some books that explain everything you need to know about them while I, the professor, start transforming into a werewolf for you to stop.

For brewery class you may need an ettin’s finger, or a blue drake’s scale, and part of the final mark consists in the students getting the ingredients themselves. For herbalism you may need to find some strange plants from the fey plane. Defense against the dark arts? You’ll have to get some artifact from an undead infested area. What about the green and yellow forbidden fruits from the tree that can only be found in the depths of the mysterious pyramid? The whole “history of the days long past” class must go in there while also returning anything of valor they find to earn points for their respective houses.

The Mournland also serves as a great place for adventures. Maybe the government is paying great sums of money to Morgrave University for them to find out what occasioned the Mourning. Students may start noticing all their exploration trips are into Cyre and great rewards are being given to those who provide great secrets found in the area. If you are to do this, consider having The Lord of Blades play a big role. A great sense of mystery can be added as well. What really did cause the Mourning, and do we really want to know?

Adding spells from the HP saga to your game

Do you want to feel even more like a member of the Wizardry World? Michael Long wrote some of the most well-known spells you can give to your players to learn. Check out his conversions from the HP spells to 5e: HERE

Building some sort of Harry Potter universe in the Eberron setting is really easy to do with the tools already provided. And all the combinations you can create by using the D&D monsters and dungeons could help you create an adventure from 1 to 20 if you and your players wanted to.

Do you think I missed something that could be added to make D&D seem more like the Wizardry World? Have you ever played an adventure or campaign of the sort? Let’s talk about it in the comments!